In one of the saddest pictures you’ll ever see, a dog is now in a kennel after hopping onto a bus in West Yorkshire, and her owners still have not come forward to claim her.

The adorable pet, a staffie mix, got onto the 620 bus bound for Bradford’s city center on the 16th of October – seemingly all by herself.

The other bus travelers, as well as staff members, looked after the very miserable-looking dog before helping her get off the bus at its last stop. From there, she was taken to a kennel, where she’s going to be staying for the next seven days unless her owners come and get her. After that, she’ll potentially be re-homed.

Gemma Burton, who was riding the bus at that time that the dog got on, said to the Yorkshire Post, “She got on at Bierley. She did try and get off the bus at one point but it was on the busy main road, so we got her to stay on and someone stayed with her on the bus before she was taken off at Bradford Interchange.” 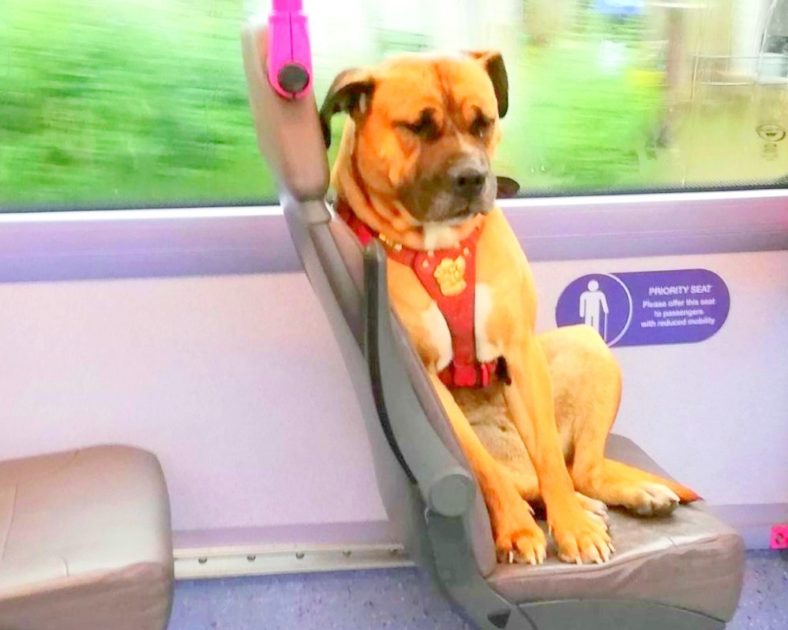 The dog is currently at the Yorkshire Rose Dog Rescue, where workers are worried about her owners not coming forward to claim this adorable little pet.

Trustee Janet Burrell has said to the media outlet, “Whoever her owner is mustn’t be missing her that much, it’s been 48 hours now. She just got on the bus all by herself in Bierley and stayed on until she was removed by the staff in the city center. We need a new home for her.”

If you are living in the UK area and would like to offer this gorgeous little girl a home, you can get in contact with Yorkshire Rose Dog Rescue on 07784184572, or info@yrdr.co.uk.