Dogs love to swim, but one unlucky pooch, Boonrod, recently ventured a bit too far from the shore.

Workers on based on an oil rig 130 miles off the coast of Thailand were surprised last week to find a shivering brown dog wearily paddling nearby.

“His eyes were so sad. He just kept looking up just like he wanted to say, ‘please help me,'” one of the workers, Vitisak Payalaw, told CNN. “At that moment, whoever saw this, they would just have to help.” 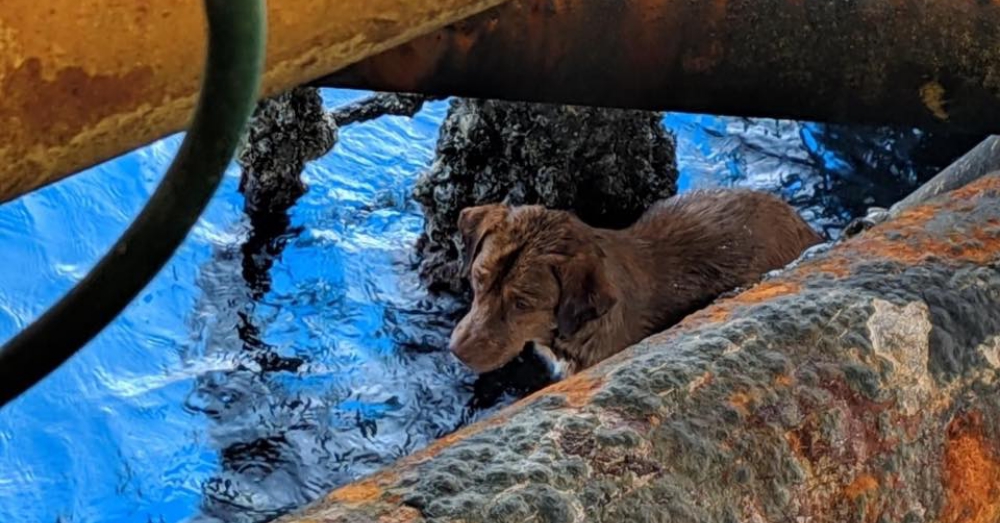 Payalaw extended a pole for the dog to bite onto, but waves kept pushing the weary creature away. So, workers instead threw out a rope.

“If he lost his grip, it would be very difficult to help him,” Payalaw recalled, remembering the urgency of the moment. This time the dog, who workers would later name Boonrod — or “survivor” – managed to quietly hold on while workers pulled him ashore. 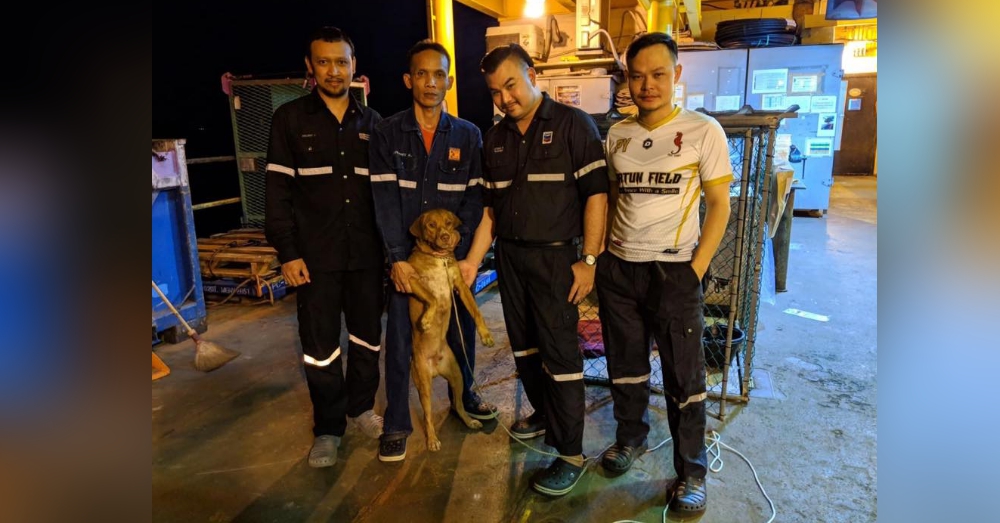 Boonrod was absolutely exhausted by the time he made it aboard, so much so that he could barely move or stand up. Staff quickly got to work administering some emergency care, administering water, electrolytes, and a nice bath to help the shivering creature warm up. 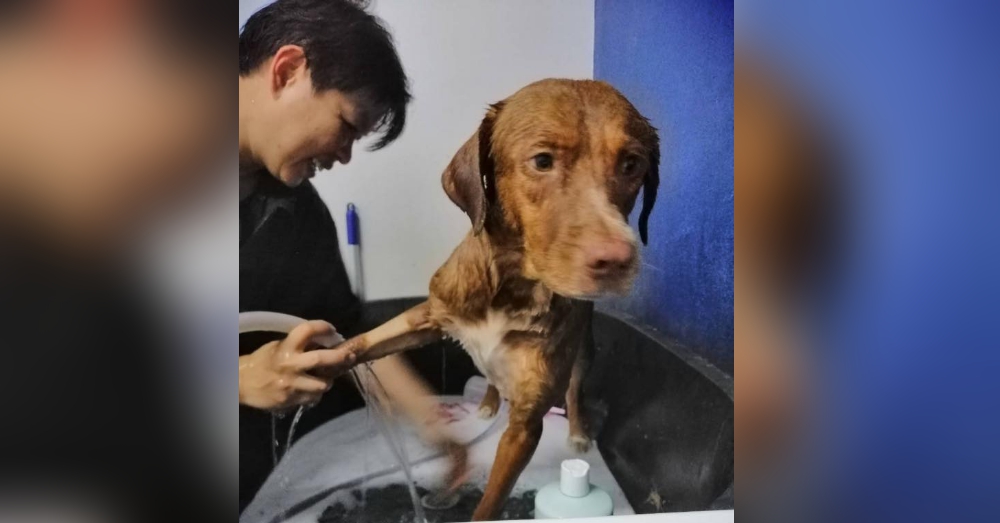 The Aspin — a native breed from the nearby Philippines — finally caught a ride back to shore on a passing oil tanker to receive some proper veterinary care on the mainland.

Just days after his misadventure, Boonrod’s health and spirits are both remarkably improved. He’s also making new friends as he recovers in an animal shelter in Thailand. 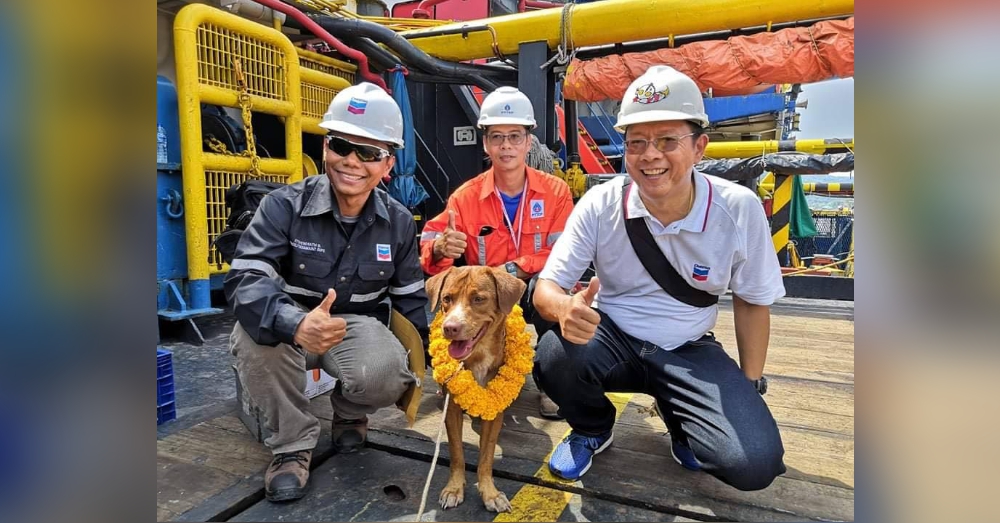 Meanwhile, Payalaw told CNN he plans to adopt this hardy stray in case nobody else claims him.

Guess Boonrod is a lucky pooch, after all!

Learn more about this incredible rescue in the video below!