You may have heard of Cat on a Hot Tin Roof, but how about dog on a hot tin roof? Animal rescues see a lot of sad cases over the years, but sometimes they see some pretty bizarre ones as well. And one strange case for animal cruelty investigator, Andy Gallo, was the case of the stray pit bull who was found on top of a roof.

The investigator, who was working for the Arizona Humane Society, was baffled when he arrived at the home to see the stray dog sitting up on the roof. He couldn’t help but ask the dog how he managed to get up there – a question that we were all wondering ourselves.

Needless to say, Gallo was quite surprised to receive such a strange call. But the dog was very happy to be getting rescued. When Gallo arrived and first approached the home, the little grey and white-pawed pup began to bark madly. 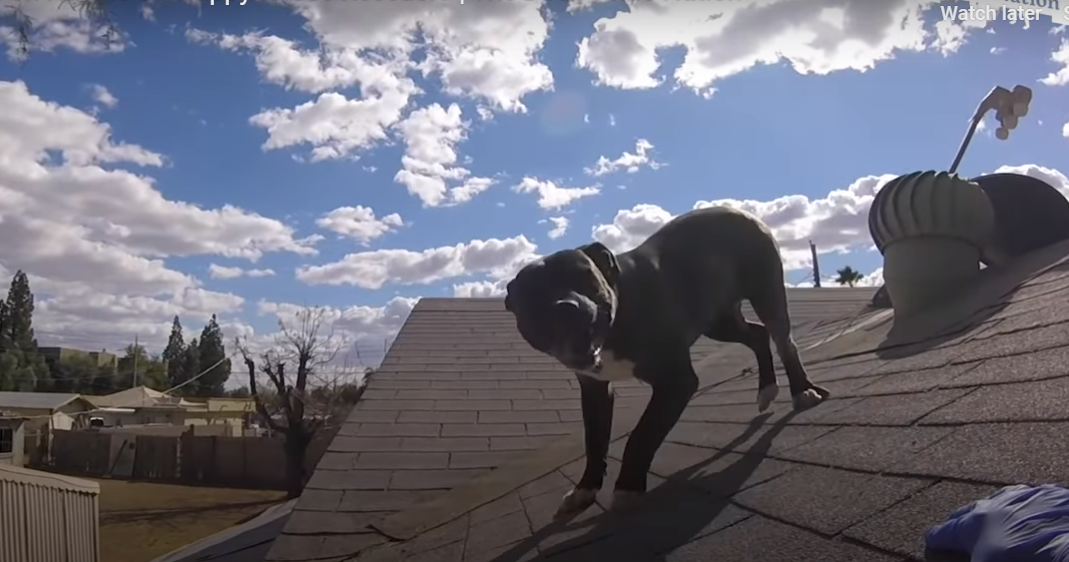 The 9-month-old pit bull pup was so excited to be getting rescued that at one point he nearly rolled off the roof because he was rolling around with so much joy. He was taken into the care of the Arizona Humane Society in order to wait for his forever family. Fortunately for the pup – who was fond of the “wigglebutt” dance – he didn’t have to wait long before someone was delighted by his antics.

Originally named “Rufio,” this adorable pup has now been renamed “Khan,” and he’s living his best life with his owner, Lindsey. She stated that he’s brought buckets of happiness into her life since he was adopted, and the two of them have solidified their BFF bond. Glad to see that he’s found his forever home after experiencing a very strange origin.