Kindness is one of the simplest gifts we can give others, including animals. All creatures deserve to have love and happiness in their lives. Unfortunately, not all animals get to experience that.

For one homeless dog in India, it was looking like he’d never have something good happen in his life. Zeus was living on the streets when something happened to him and he ended up with a very bad wound on the back of his head. Given that he was a stray, there was no one to care for him. His wound ended up festering, causing him a lot of misery. 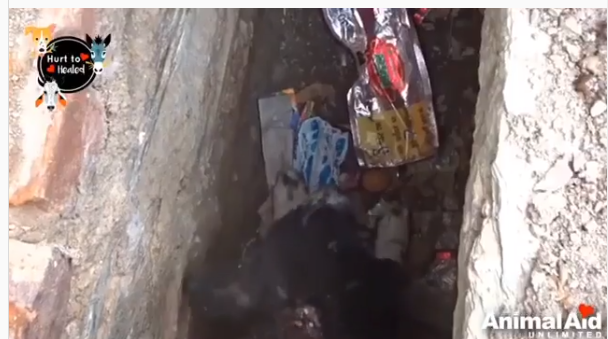 Fortunately for Zeus, an animal rescue, @animalaid_india, was able to intervene. The charity found poor Zeus hiding inside a sewer. They believe that the suffering canine had crawled into the filthy water in a desperate attempt to get some pain relief as dogs will often seek out cooling water when they’re in terrible pain.

The rescue managed to get him and carry him out and to safety. Once they had him out they immediately got to work rehabilitating him. They sedated him and were able to clean and dress his wound.

Amazingly, after plenty of love and kindness, Zeus was able to recover. It truly is incredible what the power of love can do to heal the most broken of animals.