While out for a walk along the Sheyenne River in Horace, North Dakota, a woman noticed something large and brown sitting on top of a chunk of ice right in the middle of the river. After getting a closer look, she realized that it was a chocolate lab.

As KVRR reported, the poor dog had become trapped on the block of ice out in the freezing waters.

The woman didn’t know what to do to help the dog, but she knew that she couldn’t leave the dog to freeze to death outside in the cold waters. The woman decided that the best course of action was to reach out to the emergency services in order to get some assistance for the dog. 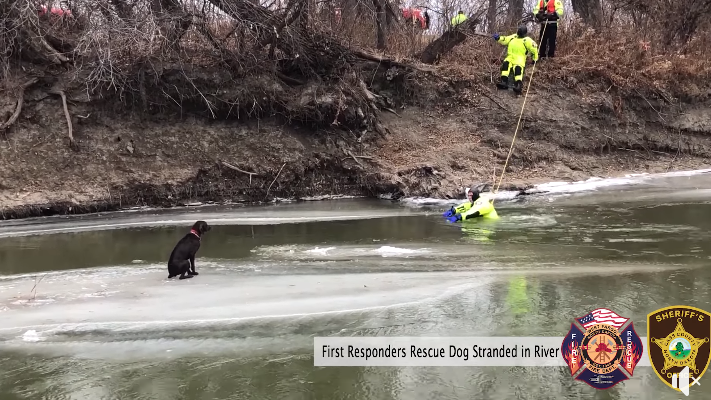 That is when they knew that they had the only way to reach the dog was to put on some wetsuits and wade out to the stranded pooch. When they got to where the dog was standing, one of the firefighters was able to get onto the ice block and pick up the pup. The dog, who was later revealed to be named Lola, was carried back to safety by the firefighter. 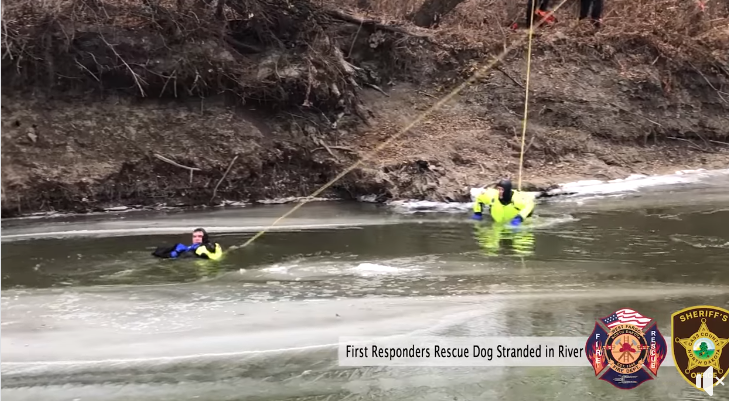 The daring rescue was filmed and then later shared to the Cass County Sheriff’s Office – North Dakota Facebook page.

The footage of the rescue was well-received by the public and their post accumulated hundreds of likes as well as comments. After the ordeal was over, Deputy Keller was able to share the good news with KVRR that Lola was reunited with her owner, Shaina Adelman, and was back to normal.

Deputy Keller further added that the owner expressed their sincerest gratitude for the efforts to save Lola from floating down the Sheyenne River. But it’s a good thing that the woman spotted her in time and called for help when she did. Lucky Lola!

According to a comment Adelman left on the post, she was getting chemotherapy when Lola escaped her husband while chasing after a rabbit. Adelman had no idea Lola was missing until after the rescue was over!

Watch the video clip below:

What do you think of Lola’s rescue? Let us know!