Michigan Humane received a call about a dog stranded on the icy Detroit River and immediately sent their Animal Search and Rescue team (ASAR) to help.

The rescue was a team effort with Detroit Animal Care and Control officers who called ASAR, the only team in the region qualified and equipped to perform a water rescue, states MLive. 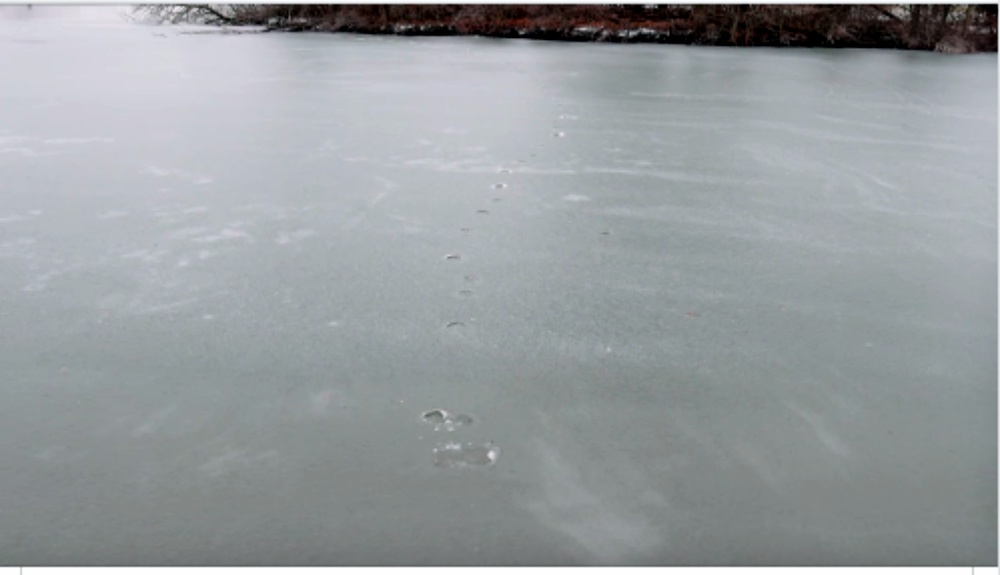 Rescuers arrived on scene and saw the dog’s paw prints on the frozen river and where the dog fell in.

The dog had wandered onto the thin ice and fell in the frigid waters before swimming to a small island at Belle Isle State Park. Thankfully, rescuers were prepared with flotation devices and cold weather gear. 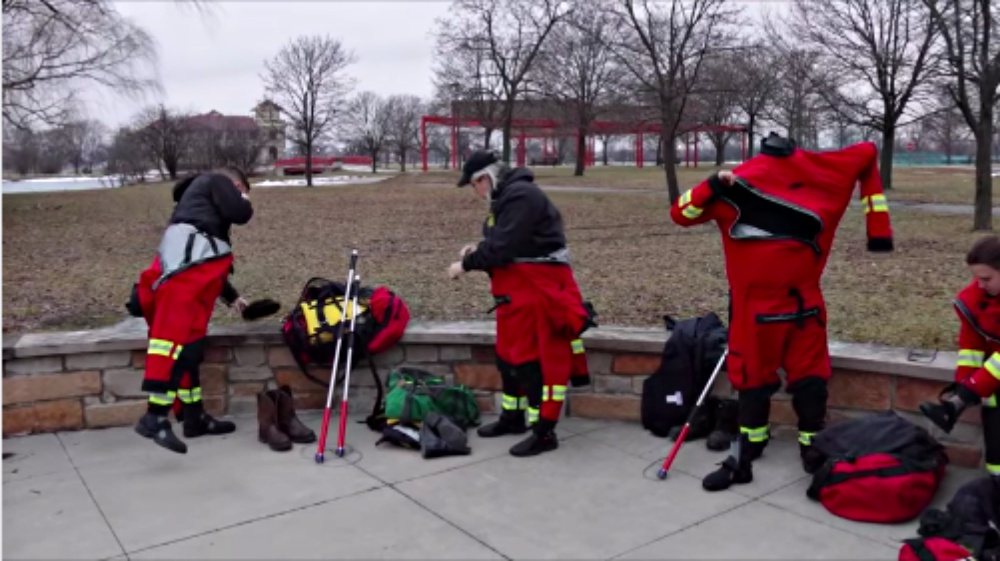 They suited up and carefully made their way across the icy river to the dog.

Once on the island, they slowly approached the dog and tried to reassure him that they were there to help, but the scared pup leaped back onto the ice. 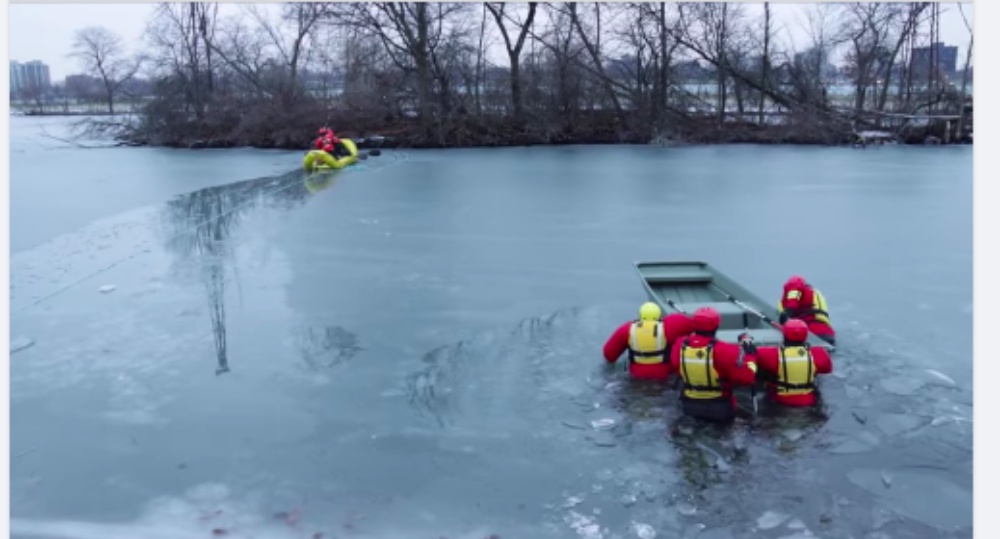 Everyone held their breath and watched as the large dog made his way back across the frozen river. One person can be heard in the rescue video saying, “Don’t go that way, you’re going to fall in.”

Miraculously, the dog made it across the ice and back to shore, where he was finally captured. 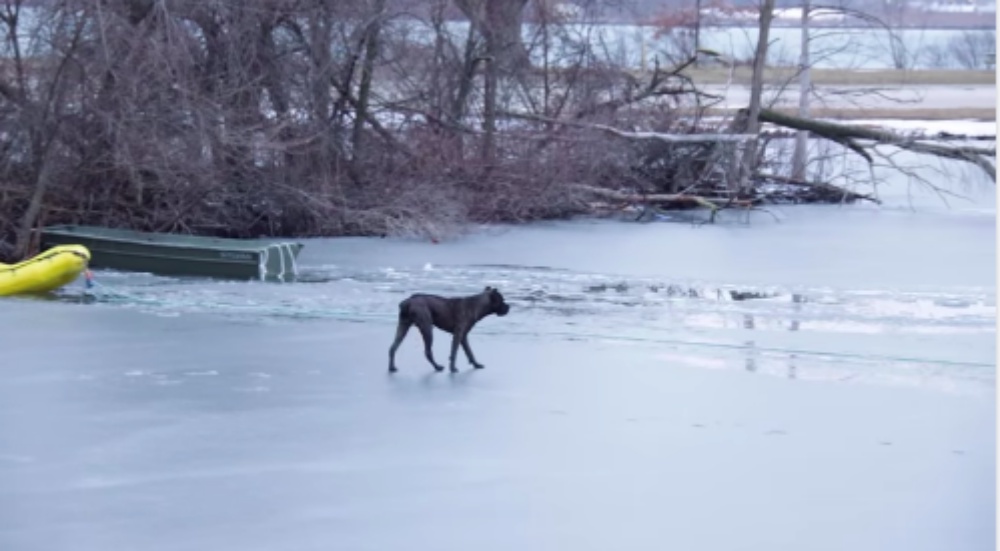 The dog is being examined and treated for possible hypothermia at Michigan Humane Mackey Center for Animal Care.

Just like people, dogs can get hypothermia from being out in freezing temperatures for too long. It can be fatal, so make sure you know what to watch for.

Signs of Hypothermia in Dogs

PetMD states, “The first sign of low body temperature, known as hypothermia in dogs, is paleness of the skin and strong shivering. This may be followed by listlessness to the point of lethargy.”

If a dog’s body temperature falls below 100°F, it is considered hypothermia. When in doubt, call your vet.

You can help prevent hypothermia by limiting your dog’s outdoor time on cold days and purchasing dog boots and winter jackets.

Watch the amazing rescue shared by MLive on YouTube below.