I think that most of us would do whatever we could to keep our dog safe and sound. Many of us don’t even allow the dog to get out of the house, but some dogs love to run and we may have the opportunity to let them run on occasion.

Something happened recently that highlighted the need to pay close attention to your dog when they are around water. Things turned out well in the end, but it could have easily have turned out much worse.

Pictures ended up on Twitter from the Poudre Fire Authority Thursday morning. It showed what occurred at a canal near Willox Lane in Fort Collins, where a dog rescue took place.

The dog had become trapped in the bush and was struggling for quite some time. Prior to the time those first responders arrived, he had already been submerged. 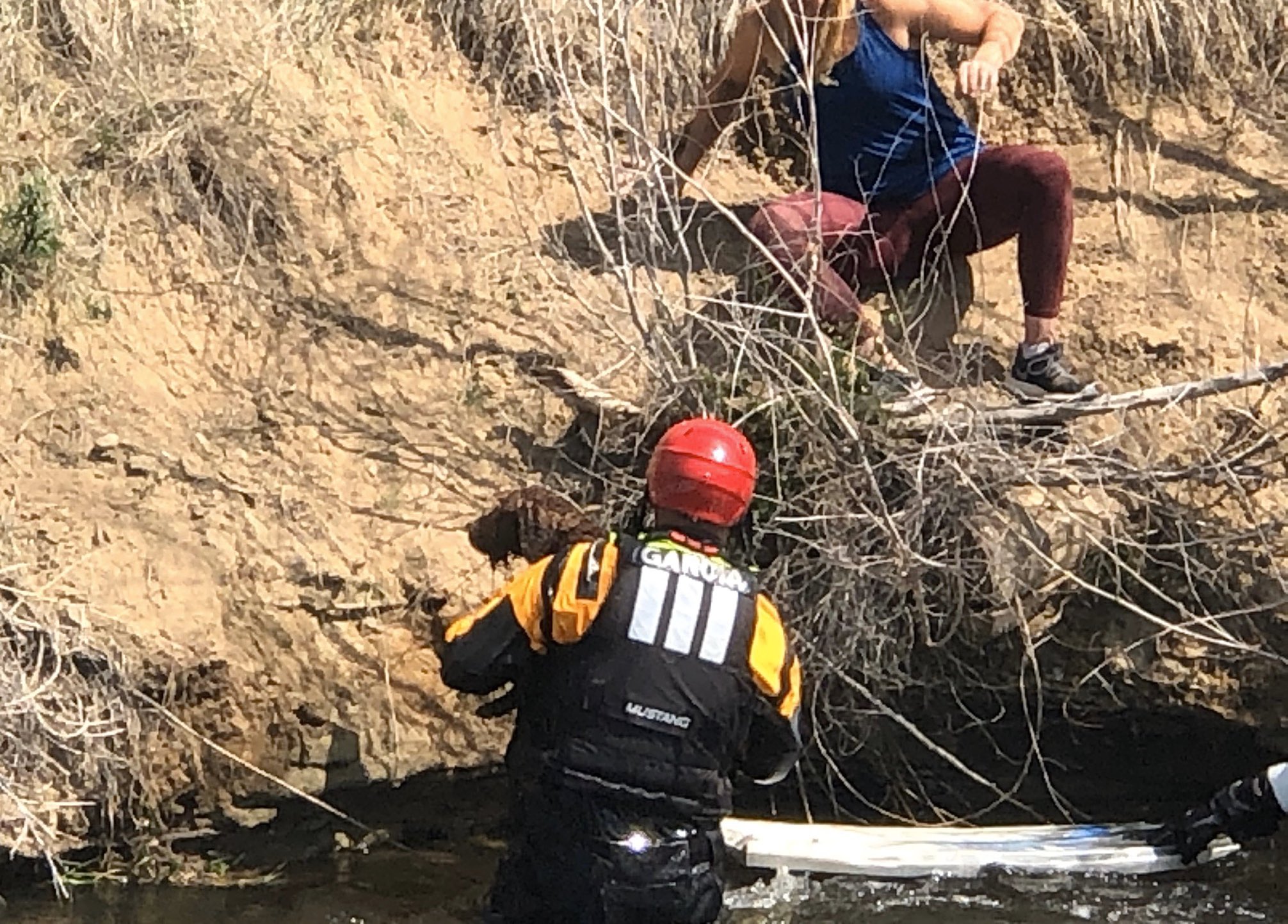 The responders didn’t waste any time to get the dog from the water by crossing the canal. They were then able to return the dog to its owner.

The tweet from the fire department included reminders that pets can get in a dangerous situation when they are around canals and ditches.

Final Update: The dog briefly submerged just moments after the responders arrived. They quickly crossed the canal, removed the dog from the water & placed the animal in the owner’s arms. Canals and ditches can be just as dangerous as other swiftwater. #DogRescue #FirstResponders https://t.co/GV3CqZTLDL pic.twitter.com/iZCYjb2kMI