When engineers turned up for a routine inspection of a city bridge, they didn’t expect to find anything strange. But as Ryan Nataluk and his colleagues looked closer, they saw an unusual figure huddled among the bridge’s narrow steel beams, delicately balanced 120 feet above the churning waters down below.

“Craig called over the radio, “I see a dog!” Nataluk told CNN, recalling the dog’s precarious position. “We’ve never seen a live dog before so at first I thought it was a raccoon,” he said. 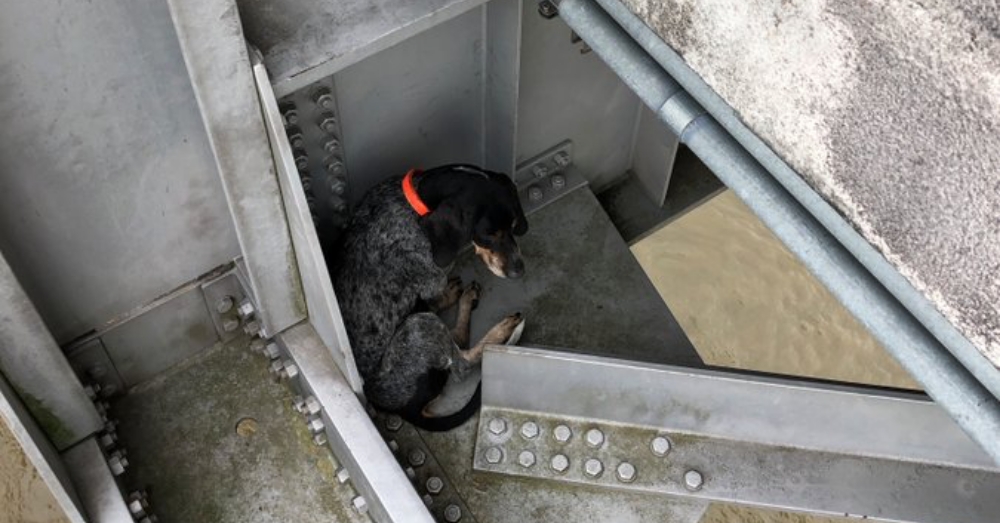 Fortunately, Nataluk — in addition to his role as Stantec’s chief engineer and VP — is also an avid mountain climber, making him the perfect person to rescue the dog from her dangerous perch. “I go camping and climbing all over with my family and dog,” he told CNN. “I’ve had to bring my own dog across rivers and even haul him up peaks and overtime I’ve figured out how to make makeshift harnesses.” 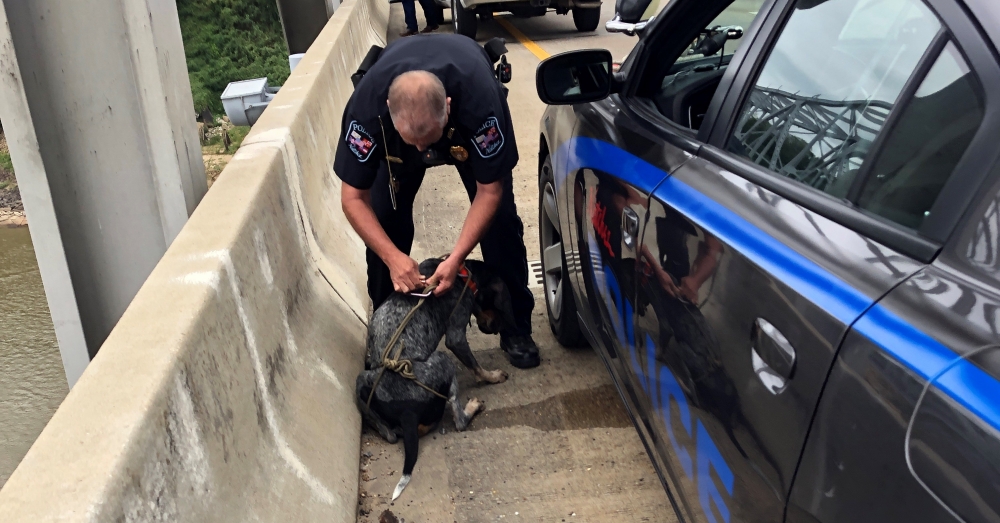 The engineer crafted a makeshift harness out of a chord and scooted towards the frightened dog, who initially seemed wary to see Nataluk approach. But the pup overcame her shyness when she realized this human was here to help. Once the dog was fastened safely in the harness, Nataluk tossed the rope to a police officer on the upper bridge level who, in turn, lifted the dog to safety. “Talk about being in the right place at the right time!” the engineers later wrote on Twitter.

Talk about being in the right place at the right time! Our bridge inspection crew was working over the Mississippi River this weekend when bridge inspector Craig Jenkins noticed a stranded dog beneath the bridge deck, 120ft above the river. (1/3) pic.twitter.com/ix8nTYo34q

One of the best parts of this heartwarming rescue, which you can watch in the video above, is the dog’s joyful reaction upon learning she’s finally safe. “When we got her up there she just started walking immediately and wagging her tail,” said Nataluk. “You could tell she was really happy.”

Fortunately, this very good girl also appears to be on something of a roll. According to police officers, the rescued dog was adopted shortly after rescuers saved her life! “She is a very fortunate dog,” said Natchez Police Department Police Chief Walter Armstrong. “They need to name her, ‘Lucky.'”