Officers with the Odessa Police Department in Texas got to experience a little excitement in the station the day that a missing dog wandered in. The dog was incredibly social and seemed to have no idea that he was lost. To the Odessa Police, it was clear that this cute little canine was just out enjoying his freedom.

As Sergeant Rusty Martin explained to The Dodo, “We were all excited to have him in the building. We had a tennis ball and threw it in the lobby for a bit. Everyone loved on him.”

While they all might have enjoyed having a pup in the precinct, they still had to find out who he belonged to. So, the cops did what they do best, and investigated the case and beginning the search for the dog’s family. But the case took an unexpected turn.

While the dog was wearing a collar, the ID tag appeared to have fallen off. That is when they sent the dog to animal control in order to get a scan for a microchip. It took animal control a while to reach them, and in the meantime, a series of events happened at the station.

It turns out, that while they were waiting for animal control to show, the dog decided that he’d had enough visiting for the day, and decided to head back home to his family.

The Support Our Permian Basin Police Officers Facebook page posted about the random encounter, writing, “So…. this happy guy randomly strolled into the front desk of the Police Department last night. We’re thinking he wanted to apply for a K-9 position after eliminating a Lassie type situation. He was given lots of love and attention until he decided it was time for him to leave. He let himself out and after an exhausting search was not found. We were relieved to learn he safely returned to his owner. Chico is welcome back anytime.”

“He ran out just as quick as he came in,” Martin continued. “The owner responded the next day [to say that] it was his dog and he had returned home. He lives about a mile from the station. I was impressed.”

Martin added, “He may just be cut out for this work.” 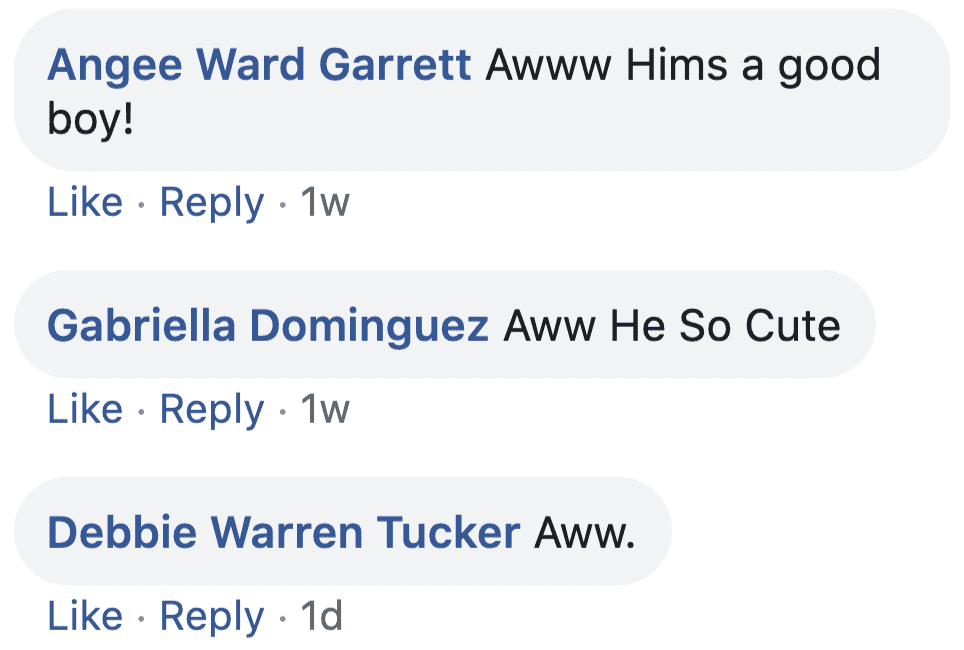 People commented on this post, with Leigh Aileen commenting, “OMG, he’s so adorable. I love him and don’t even know him. He has the sweetest face.”

Juliana Gregory added, “The pooch just wanted to see if there were any places on the K9 teams and when he saw that weren’t no openings he decided to leave and thank you for your services and I got an armload of salutes from me to you guys and I got your backs since you guys have mine.”

Ginger Branham Coleman said, “I absolutely LOVE this post! I saw it on our local news in South Carolina! This dog is so smart and he is beautiful! Gotta love a dog, I know that my fur babies are my Best Friends!”

Celia Nutt also commented, “OMG! How cute is this? I’m sure the officers loved this. What a handsome applicant…I’ll hire him.”