Rattlesnake Attempts to Bite Woman, But Hero Dog Performs Selfless Act To Save Her

Golden Retrievers are known for their obedience and unwavering loyalty. One owner found out how loyal her puppy was when it leaped in front of danger to protect her.

It was just a normal day for Paula Godwin and her two dogs Todd and Copper. They were taking an early morning hike, when out of nowhere a rattlesnake appeared. Being an Arizona native, Godwin was aware and on the lookout for snakes. However, this sly reptile was the same color as the road and undetectable until it was too late. 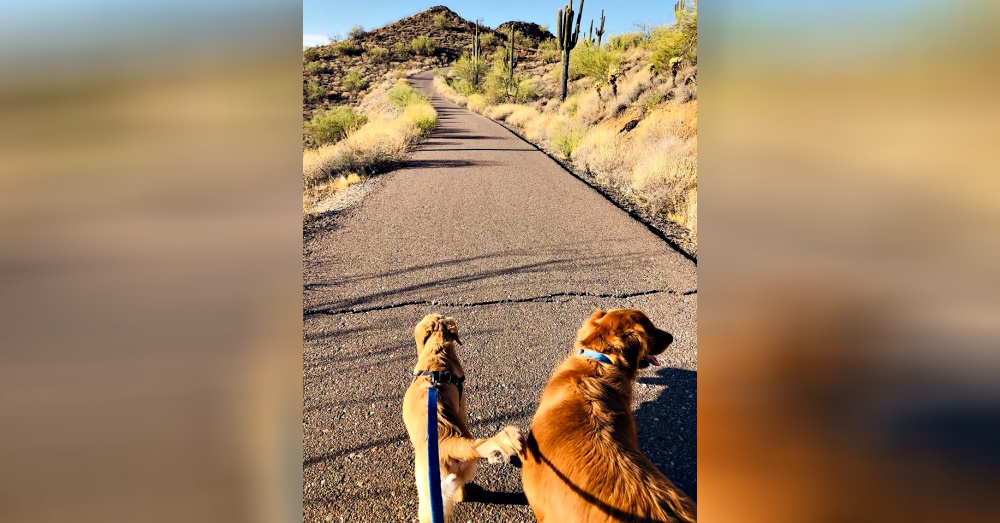 “This snake did not give any indication he was there. Usually if I hear that rattle I am alert and I am backing away. I think he was just resting in the road – he was a grey speckled white rattlesnake, he looked just like the road.”

Godwin shared the heroic story of how her 6-month-old puppy, Todd saved her life on Facebook. “As we were walking down the hill I literally almost stepped on a rattlesnake. But my hero of a puppy Todd saved me.” As soon as her loyal dog sensed danger he ran to his mother’s side. The snake went to lunge on Godwin’s leg but Todd stepped in-between and took the venomous bite. 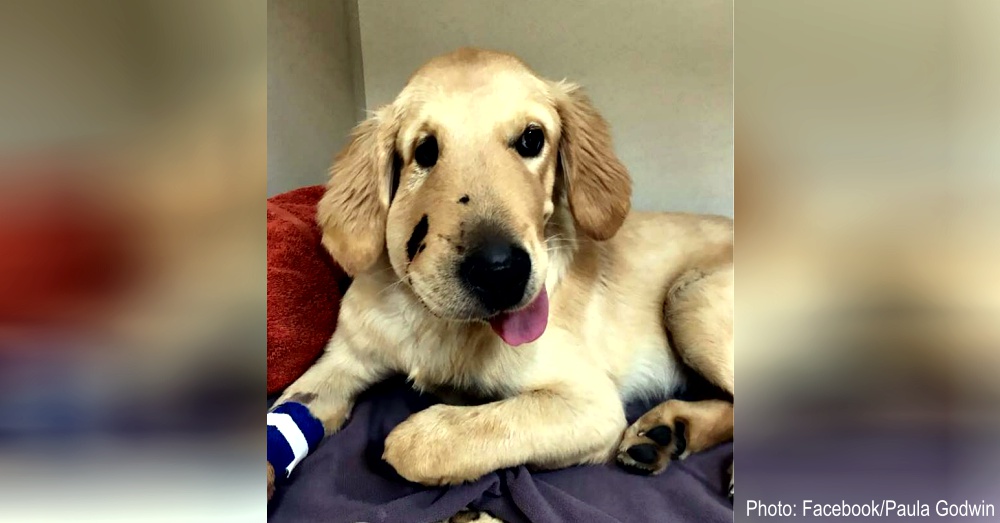 She tells BBC, “Todd was yelping right away, crying. I picked him up, ran down the hill with my other dog Copper, and we got him to the hospital within about 10 minutes of being bit. He got the anti-venom quickly and was in the hospital for about 12 hours. He for sure saved me from being bit. He’s my hero.” 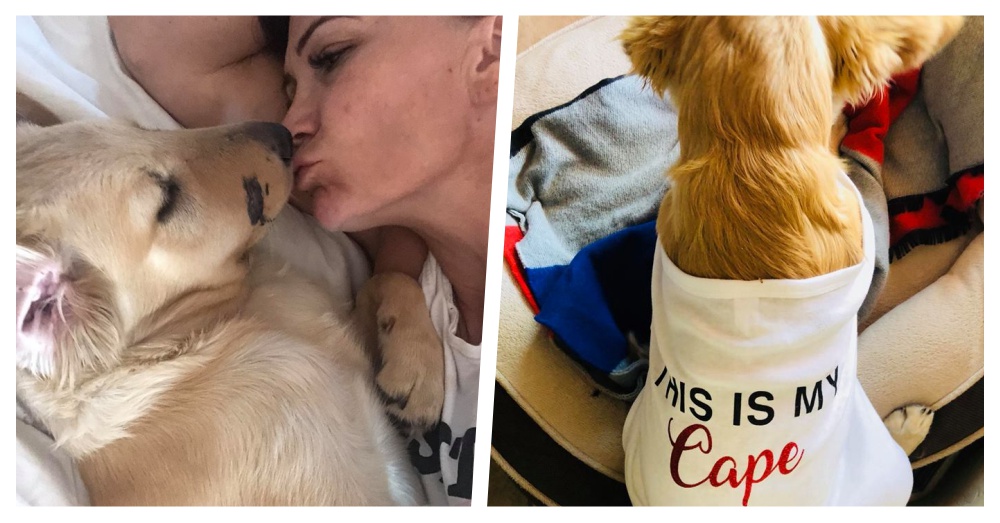 Todd is at home recovering and enjoying his hero status. “He is on the mend now. He is doing wonderful, and it seems like he’s going to have a great recovery and be completely fine.”

We wish Todd a speedy recovery. His bravery shows his unconditional love for his mom.

Siberian Husky Is A Hero After Rescuing An Injured Deaf Hiker: Click “Next” below!