Out in the wild, dog and rabbits might consider themselves hunter and prey, but that’s not the experience of Pepper and Lola, a rescued Chinchilla rabbit and King Charles Cavalier spaniel who’ve grown to become unlikely best friends.

According to their owner, Las Vegas resident Courtney Donaker, this unusual pair bonded when Lola developed a spinal condition called syringomyelia as a puppy. The chronic condition left the young dog in constant pain, but Pepper the rabbit knew exactly what to do. 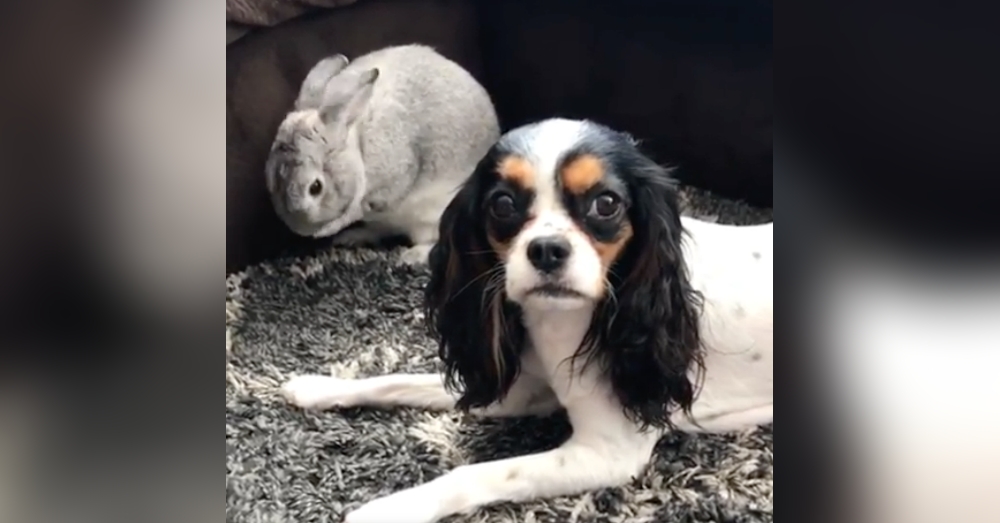 “Pepper would hop over to Lola and seemed to be comforting her,” Donaker told Fox5 KVVU-TV. “She would rub her nose against Lola as if to be almost petting her.”

The extra snuggling seemed to do the trick. Pepper’s furry presence reportedly helped Lola calm down on bad days. The rabbit’s pet therapy proved so effective that Donaker was even able to reduce the dog’s pain medication. 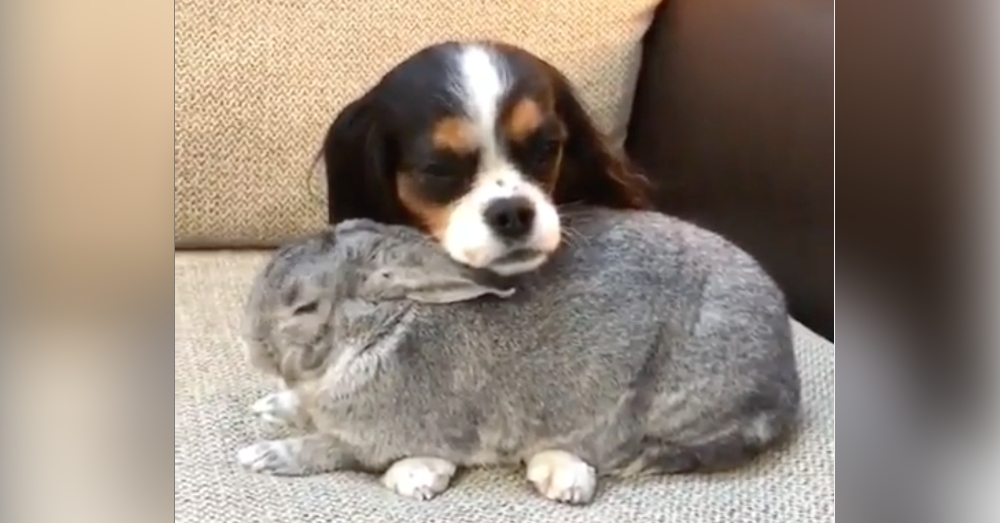 Years later, Lola and Pepper still remain thick as thieves. “Their favorite thing to do is go up and down the stairs together,” Donaker told The Dodo, describing this odd couple’s favorite game.

Their close connection has even led dog and rabbit to share each other’s characteristics. For example, both love to dig and “burrow” in blankets, spend time cuddling and grooming, and playing in the yard. “Pepper is probably less of a rabbit and more of a dog,” Donaker said. 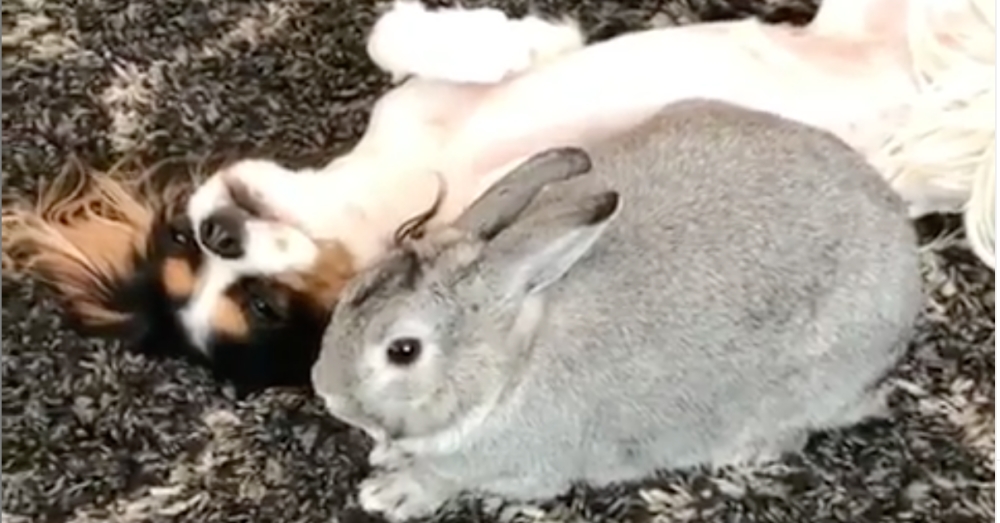 But while Lola generally leads the way, Pepper occasionally enlists the spaniel to do her bidding. “Lola will get the toilet paper down, and they’ll rip up and eat the entire toilet roll,” she told The Dodo in the video below.

“I think Pepper enjoys the toilet paper way more than Lola,” she laughs, describing the rabbit as the likely ringleader in “the whole toilet paper debacle.” 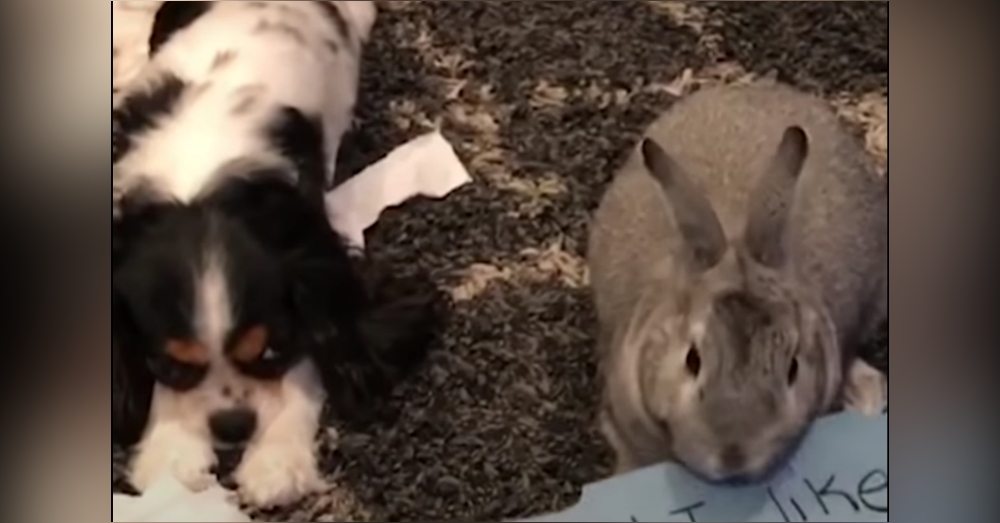 Regardless, it’s so inspiring to witness the love and affection Lola and Pepper clearly share for each other. “Sometimes the unlikeliest friends can have the most beautiful friendship,” Donaker told Fox5 KVVU-TV. “Love is just wonderful and remarkable and you can find it in the most wonderful surprising places.”

Check out Lola and Pepper’s surprising friendship in the adorable video below!