No matter where you fall along the political divide, the 2020 presidential contest has become one of the most nerve-wracking races in U.S. history. So what’s the best way to help Americans cope with soaring anxiety and stress? That’s easy. Get a dog on the ticket.

This polarizing contest inspired one Massachusetts dog, Oliver Winston Churchill Finelli, to declare his candidacy for the country’s highest office. “Especially with the debates and how things are going … my wife had a great idea to put something out there to lighten the mood a little bit,” Oliver’s owner, David Finelli, told WJAR/NBC News. 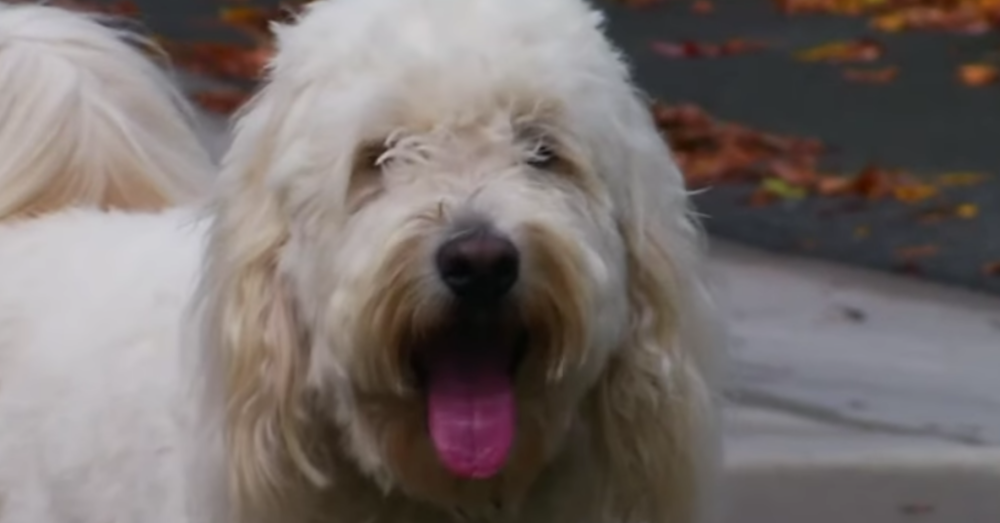 As an independent candidate, the 2-year-old Goldendoodle and very good boy is popular with neighbors of all political stripes, leaving Oliver’s owners to believe their dog could help soothe frayed nerves by bringing some humor to this stressful election. The bipartisan pup even has an official slogan and campaign sign featured outside his Fall River home. “Oliver 2020,” the sign reads. “Because People Suck.”

Should he win, Oliver plans to keep on leading by example: love your neighbor regardless of political affiliation and greet everybody you meet with tail wags and smiles. The dog even has a running mate picked out already, according to his owners. “His girlfriend, Pepper, lives across the street and that’s going to be the First Lady,” Finelli said. 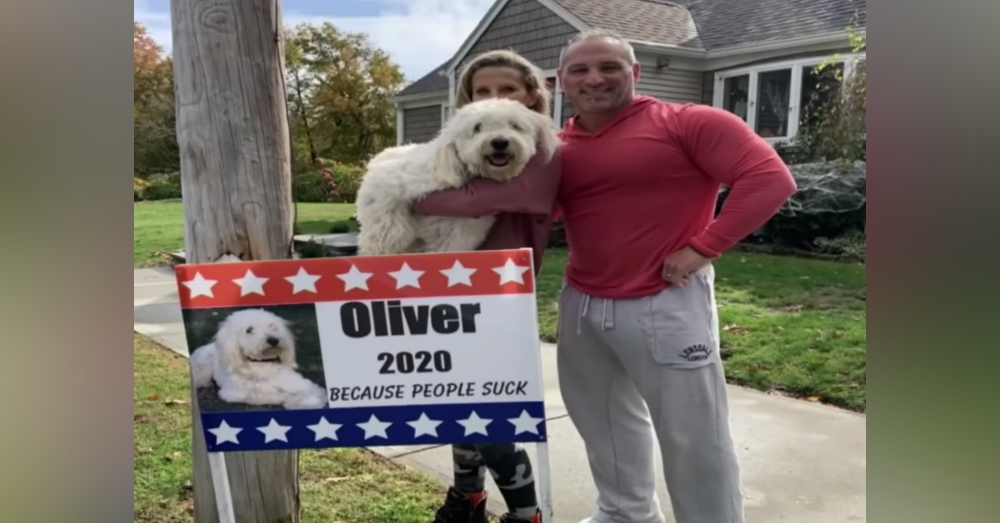 Finelli and his wife, Marcee, don’t want to offend anybody with their dog’s unconventional candidacy. They just thought Oliver, who always helps lighten their spirits at home, could help boost the national mood.

“We’re not trying to make any statement at all. Just having a good time with our dog and family,” David Finelli said. But if Oliver does win, the dog’s first order of business will be distributing dog treats to all of his four-legged friends.

Find out more about Oliver Winston Churchill Finelli in the video below!