There is a mysterious dog poo vigilante who has taken it upon themselves to plaster the trees of Willow Play Park in posters warning people to “clean up after your dog” or risk being shamed across social media. 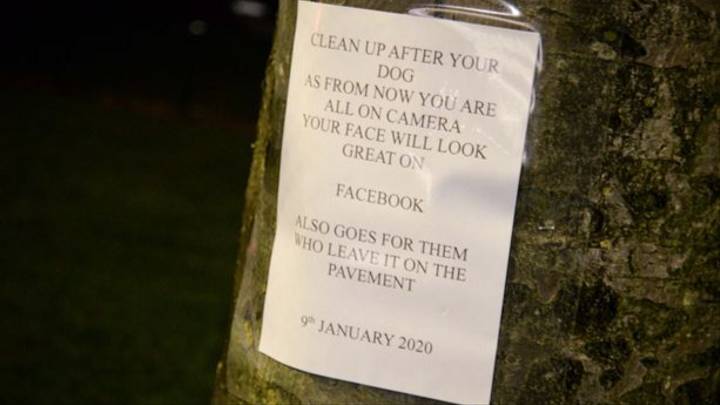 The posters, which were scrawled in all caps, said, “Clean up after your dog as from now you are all on camera. Your face will look great on Facebook. It also goes for them who leave it on the pavement.”

The posters were dated the 9th of January, but they failed to detail where the people will be shamed on Facebook – whether it’s on a personal page or a special page dedicated to a dog poo neighborhood watch.

As of yet, no one has come forward to claim responsibility for the posters, however, there is still the threat that anyone can be caught on camera then shamed on Facebook. 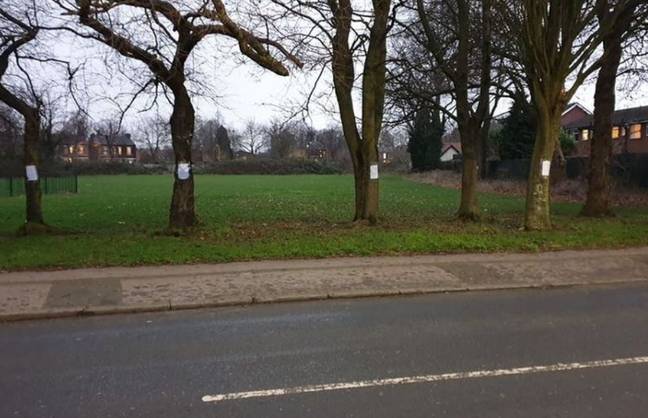 It is already a legal requirement for you to pick up after your dog if he goes number two in public. In fact, if caught not cleaning up after your dog, you can be fined anywhere between a £50 to £80 fixed penalty notice – and if you fail to pay that it can rise as high as £1000.

The fine isn’t just confined to the dog owner either, it is actually for “the person in charge of the dog” at the time of the poo incident – meaning if you’re a dog walker, or family friend taking the dog out for a stroll, you’re liable.