When you go to the dog park, or really anywhere where dogs congregate with their owners, you want to know that people are picking up after their dogs. I mean, you do, so why shouldn’t other people show you that same respect? It’s all about consideration for others since no one wants to end up with poo on their shoes. However, not everyone does the responsible owner thing. And recently in Australia, a very frustrated park-goer decided to take action after constantly seeing dog poo left behind. So, in response, this person left behind a very strongly worded letter. 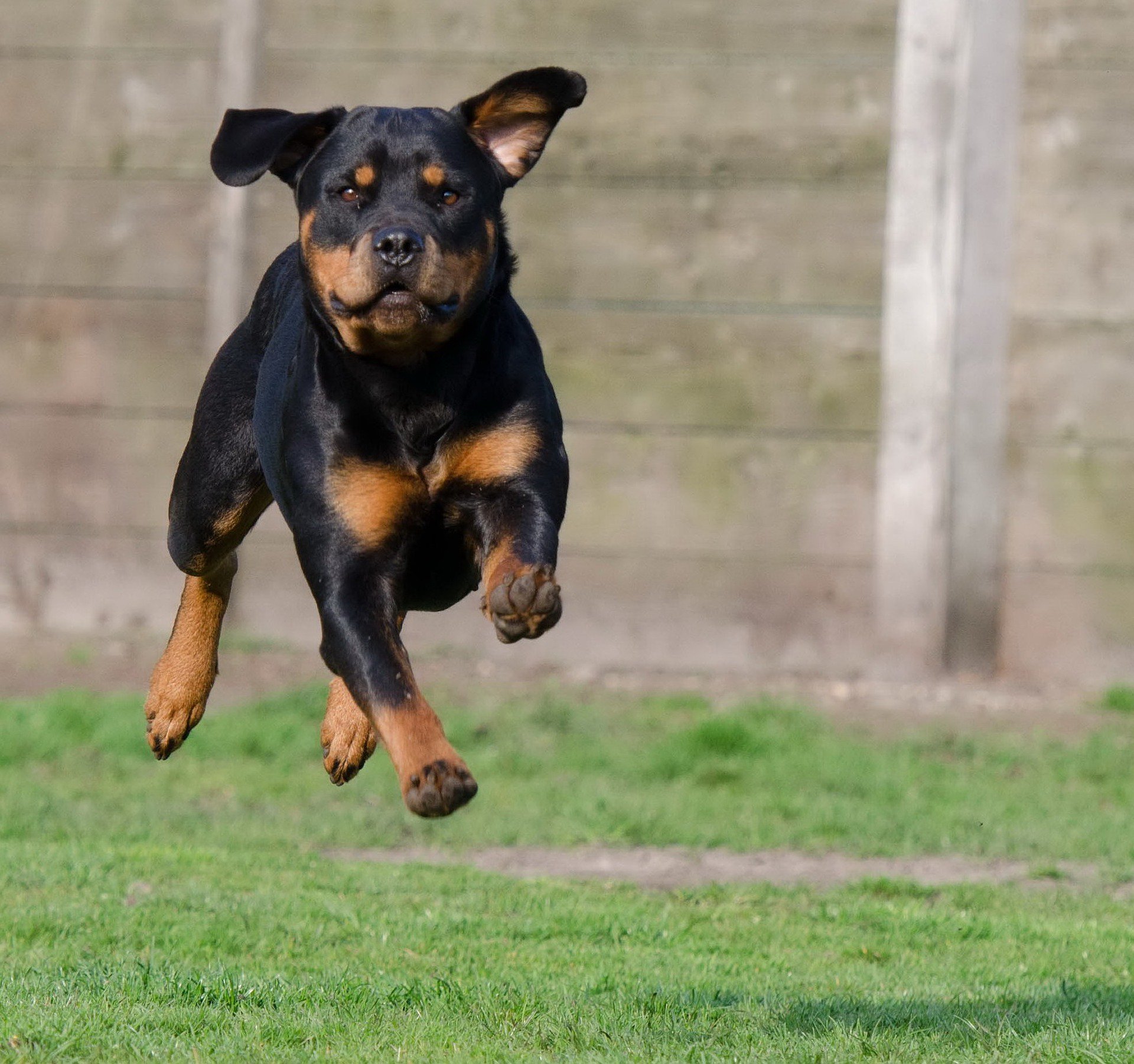 I can totally understand the frustration, nobody likes to be enjoying a nice walk in the park and then – hello, shoes ruined. But it takes a lot of guts to actually go home, type up a note in a ziplock bag, then return it to the park where you pin it to a tree. That right there takes some serious rage.

The dog poo vigilante had been repeatedly coming across the “horse s**t” mess in a park in Perth, and had finally had enough – leading them to address the pet owner through identification of their “big dog that shits like a horse.” While the point of the message was to call out one owner in particular, the message easily puts the fear of God into other pet owners as well, I’d imagine.
The note begins with the very attention grabbing, “OMG!” before it launches into its grievances.

The note starts with:

“What an inconsiderate dog owner you are. Many young families use this park and many other dog walkers. Your dog has dropped its horse shit right near the playground, left for young kids to tread in.” 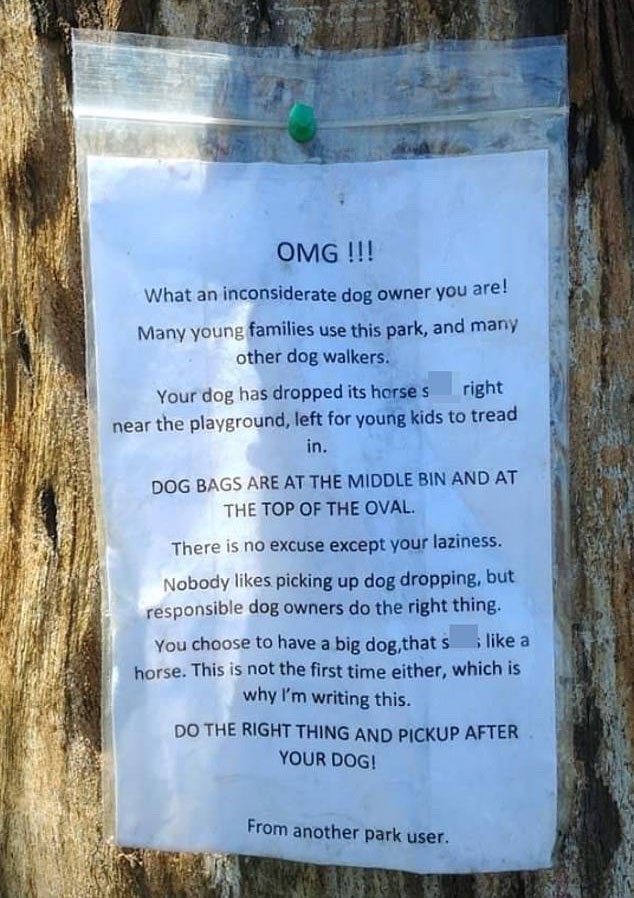 The dog poo vigilante continued the letter, pointing out that the park actually provides bags, meaning there is no excuse for not being equipped to handle nature’s call – fair enough given that the park provides bin bags.

They went on to call the dog walker “lazy,” and added:

“Nobody likes picking up dog droppings, but responsible dog owners do the right thing. You choose to have a big dog that shits like a horse. This is not the first time either, which is why I’m writing this. Do the right thing and pick up after your dog.” 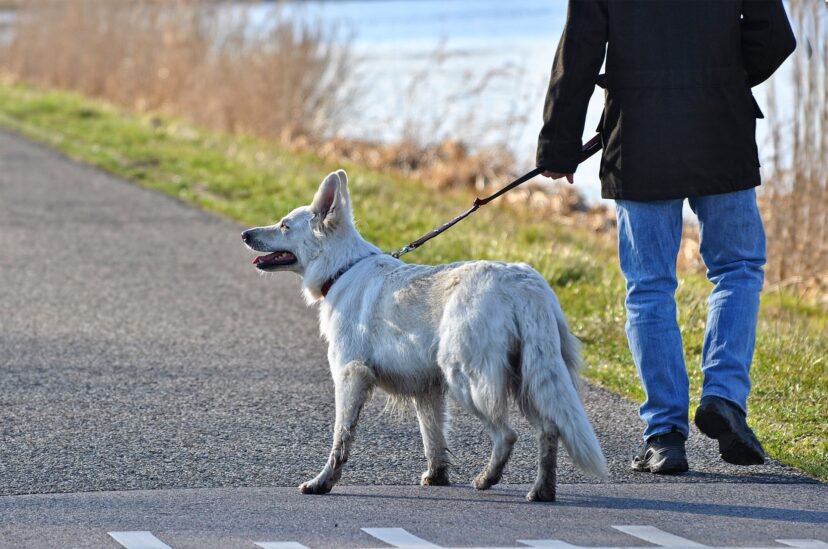 Given that the letter-writer constantly is pointing out the size of the dog poo, I’m curious to know exactly what kind of dog is responsible? I’d laugh if it were like a little Chihuahua that is causing such an uproar.

Not surprisingly, the writer of the letter didn’t sign off cordially, instead, they left it a very curt “from another park user.”

The passionate letter has since been shared online to Facebook where it is causing its own controversies amongst the social media users. There are some people who feel it is too aggressive, while there are others are applauding the anonymous caped crusader for their efforts. 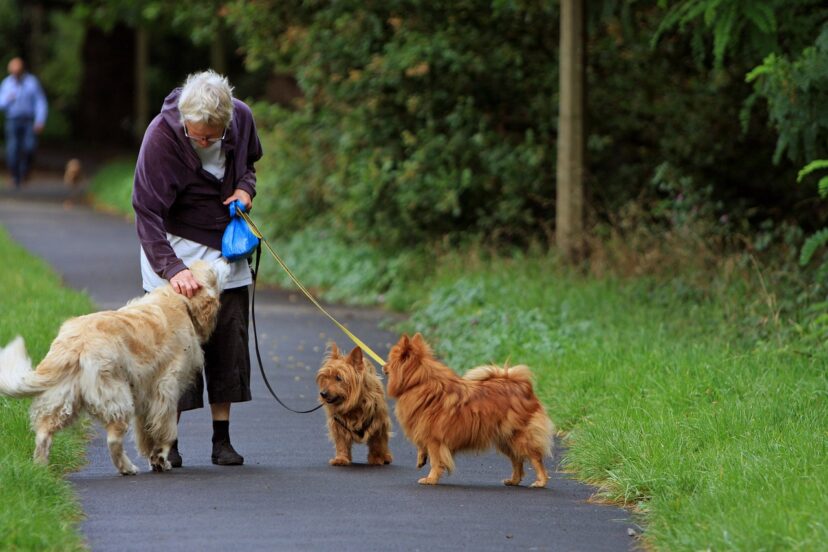 According to Mail Online, the Companion Animals Act 1998 states that failing to pick up dog droppings in New South Wales is an offense that could result in a fine of about $200 AUD. So if you think about it, this letter writer could be doing the dog owner a favor in the long run?

While the park user could have just politely confronted the dog owner in person, hopefully, something good will come of it and the dog owner will start cleaning up after their dog.