Weddings Often Invite Surprises. But Nobody Expected The Canine “Best Man” To Pee On The Bride

When Matthew and Nambok Howard began planning their wedding, they knew they had to include their four rescued bulldogs, Indy, Diesel, Ruby and Hank.

And while all four dogs would stand in the wedding party, the couple also decided that Diesel, the pack’s ringleader, should be “bestest” man. It was a risky move, but these canine co-parents knew their rambunctious pooch would never settle for anything less than a starring role. 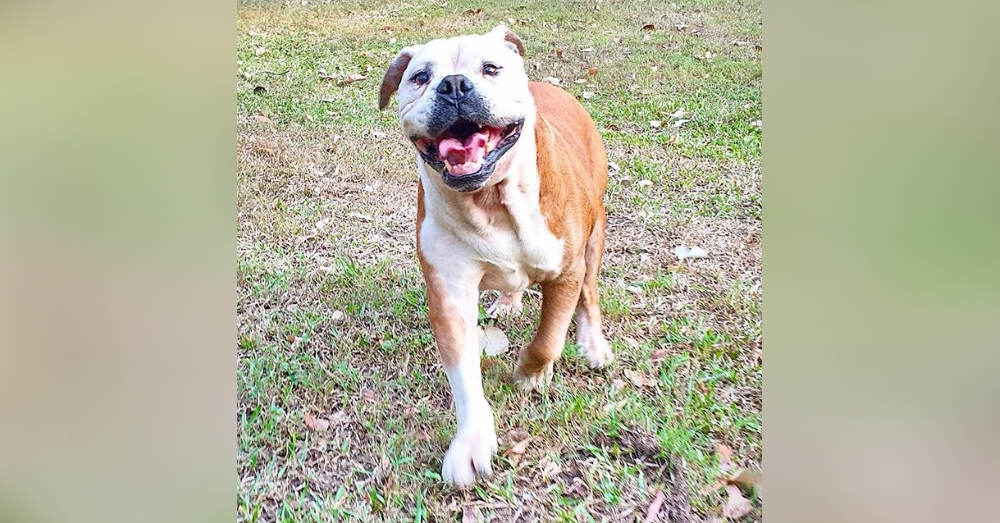 “Diesel is a bit of a show-stealer,” Matthew told The Dodo, “so I should have known he’d attempt something to get everyone’s attention.”

When the Big Day finally arrived, the wedding party — dressed in bandanas and ribbons — was on their best behavior. But Diesel, unfortunately, wouldn’t be able to maintain his good boy act for long. 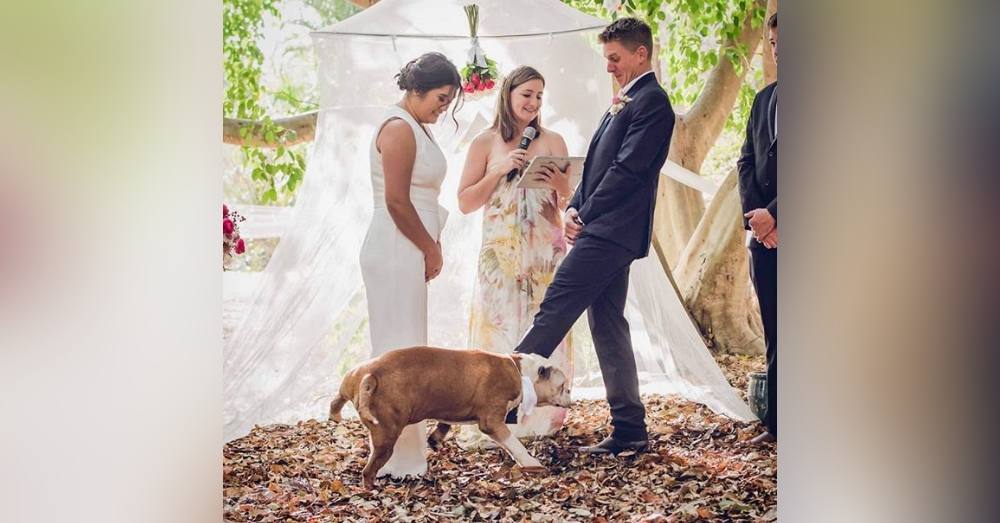 Signs of trouble began when the bride — aka Diesel’s Dog Mom — arrived. “He watched my partner be driven in and then walk down the aisle,” Matthew said. “He was very excited to see her, thinking maybe he would be getting a car ride.”

When that didn’t happen, the bulldog decided to join his humans at the alter. Everyone probably found that quite cute at first, until Diesel suddenly sniffed the bride’s leg and started to pee. 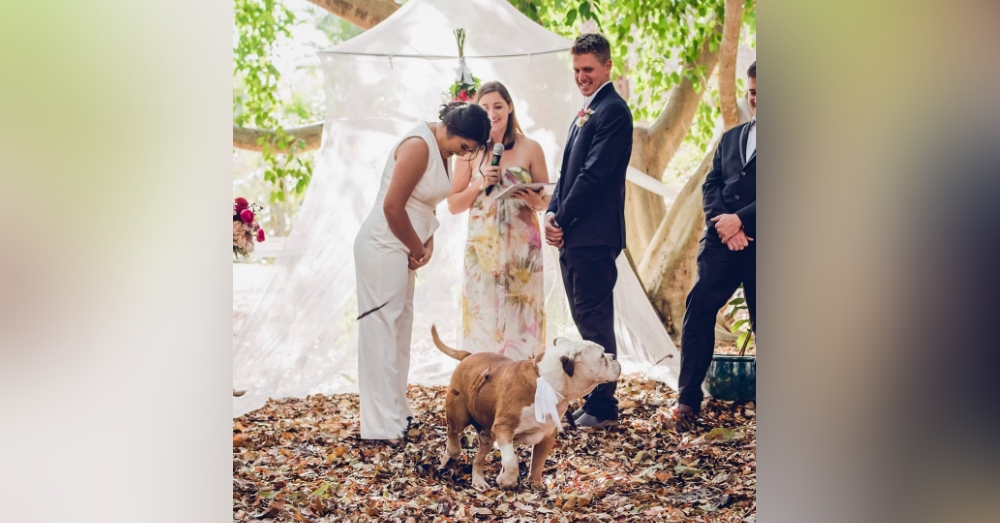 “Fortunately, given the angle, he missed her outfit by centimeters,” Matthew confirmed. Afterwards, he told The Dodo, the dog simply kicked leaves over his marking and smugly walked off.

Luckily, the new Mrs. Howard sounds like a very understanding bride! Not only did Diesel’s mischief NOT ruin her day, everyone — including Nambok — shared a good chuckle over the unexpected turn of events. She even saved the first dance for her unruly groomsman. 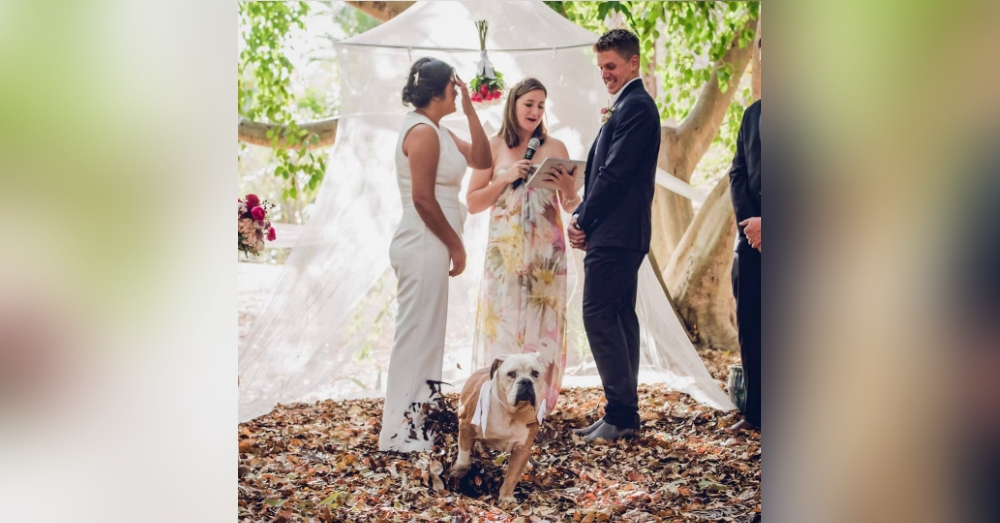 “We’ve had Diesel for six years now, so she’s well aware of his cheeky habits,” Matthew said of his bride’s remarkably laid-back reaction to Diesel’s rogue behavior. “We’re dog people, so she laughed and put it down to Diesel being Diesel.”

You can keep up with Diesel’s crazy antics by following him on Instagram!