The responses started to pour in and most said yes followed up with stories on how their dog saved their life or the lives of their family. One person wrote, “It’s crazy how our pet dogs can ignore the danger to themselves in order to protect their loved ones. 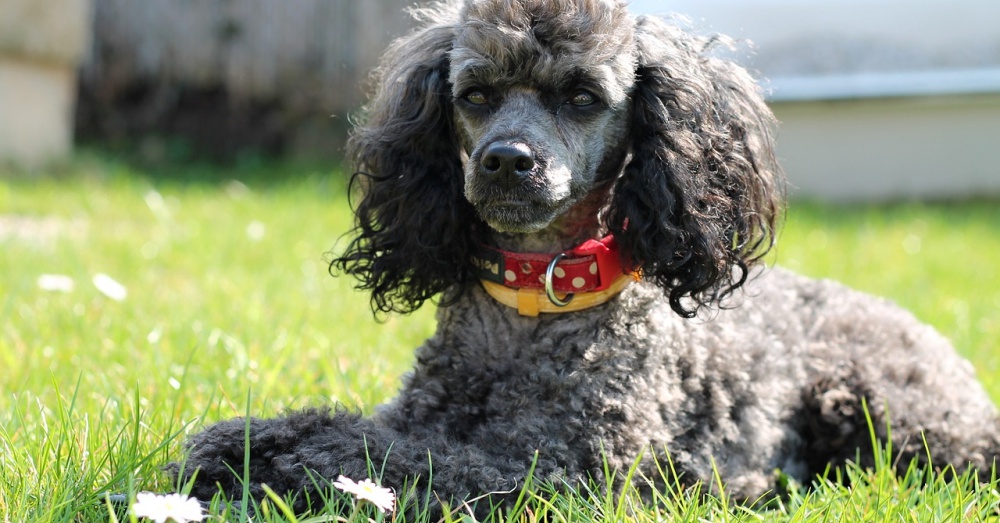 “I have a miniature poodle that I rescued while living in China. One day while we were out on a walk we came upon a King Shepherd and it’s owner standing along the sidewalk smoking a cigarette. I ordered my poodle to walk far over to the side as we passed, because the Shepherd was showing signs of aggression when it noticed us. The Shepherd was leashed to a railing though, so I thought we’d be okay. To my surprise the Shepherd lunged towards me, not my dog, as we passed. It was going crazy trying to bite me, and the owner just stood there laughing. Without hesitation my little Poodle rushed to my defense, barking and snarling like I’ve never seen from him. I had to scoop my dog up and get us both out of there, but he was totally willing to die in order to defend me.

“I’d easily give my boy 5 more years, as each day he’s with me makes my life better and more enjoyable.” 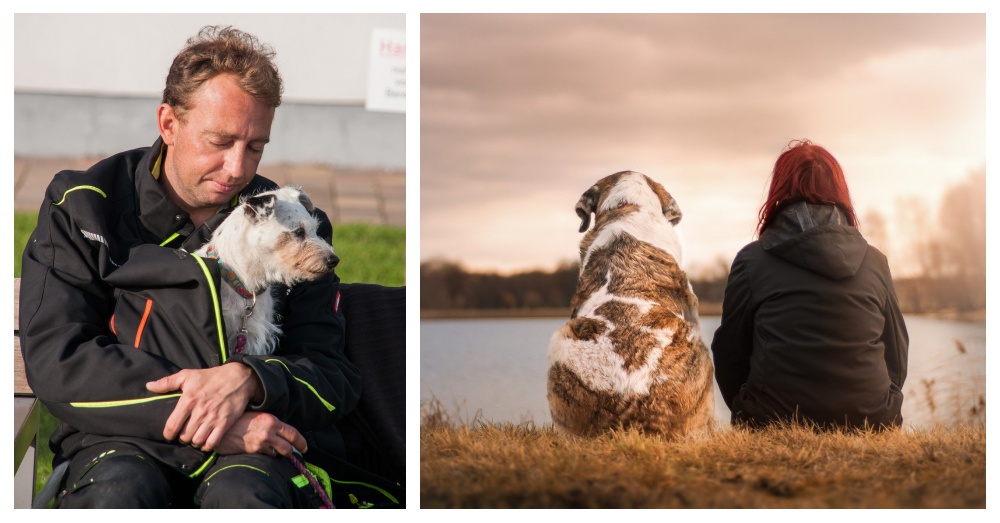 Another posted, “My ol boy Samson saved me from being jumped (maybe worse, who knows?) by these two guys with weapons by knocking one of them to the ground and dragging him all the way to the end of the block by his foot, while the other guy and I stared with dropped jaws. Another time, he helped me deescalate a crazy situation where I was being robbed at gunpoint in my house. He walked into the room, and one of the guys with a gun took his gun off me to point it at Sam.

“He told me to call off my dog, so I told Sam everything was fine, and to stay put. He sat down, but it was obvious he was spring loaded and ready. He never took his eyes off me. I then told the guy to put this gun back on me, because if he shit my dog, I would make him shoot me. Then I told them since they had what they came for, they should leave before things got ugly. I’m fairly certain my subtle confidence plus Sam’s steady presence are what led them to leave. I praise him constantly for his discernment. I easily owe him two lives, and would happily give him 20 of my years, if I could.”

However, one story about a dog named Daisy had complete strangers saying they would offer years of their lives to the brave dog. 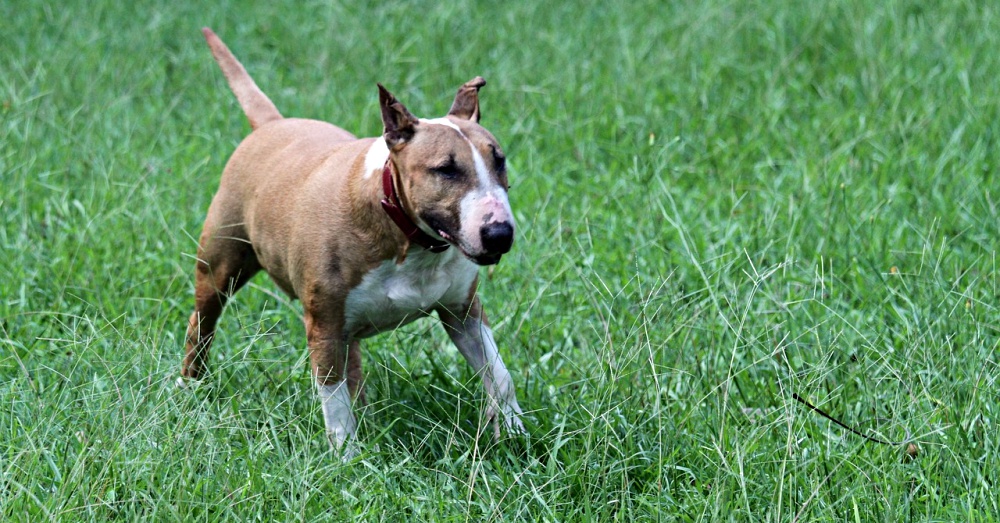 Not Daisy but same breed.
Pixabay

Her owner, Experimentallity on Reddit, shared, “My family and I were on vacation at a cabin in Maine. Got caught walking up from the lake by a bear after dark. Couldn’t tell it was a bear until it stood up and the motion light turned on. It was standing over 6 foot tall between us and the cabin. It fell forward onto its front feet, huffing. It made a noise like a dinosaur. Who s**t my pants??

“Without a sound, my lazy s*** dog launched an attack from behind the bear.

“I’m tearing up thinking about it. I ran the kids into the cabin, grabbed the rifle and spent the next five minutes running through dark woods, trying to follow the sounds of my growling dog and a furious bear. The growling stopped and I could hear the bear running off through the woods.

“My dogs name is Daisy. She’s an English bull terrier. She was 15 years old at the time. It took two hours to find Daisy after the bear ran off. She had what looked like road rash along her sides, her hip was broken and her leg was crushed. She was curled next to a tree with her tail thumping the ground. Her white fur all shades of red and pink.

“This dog is afraid of the Swiffer. I love her so much.

Daisy is a hero and survived the attack. Concerned users asked her current status and her owner replied, “Yes, she’s still puttering around. She doesn’t go for walks any more because of injuries and old age. Just gave her a pork chop. She needs a bath.” 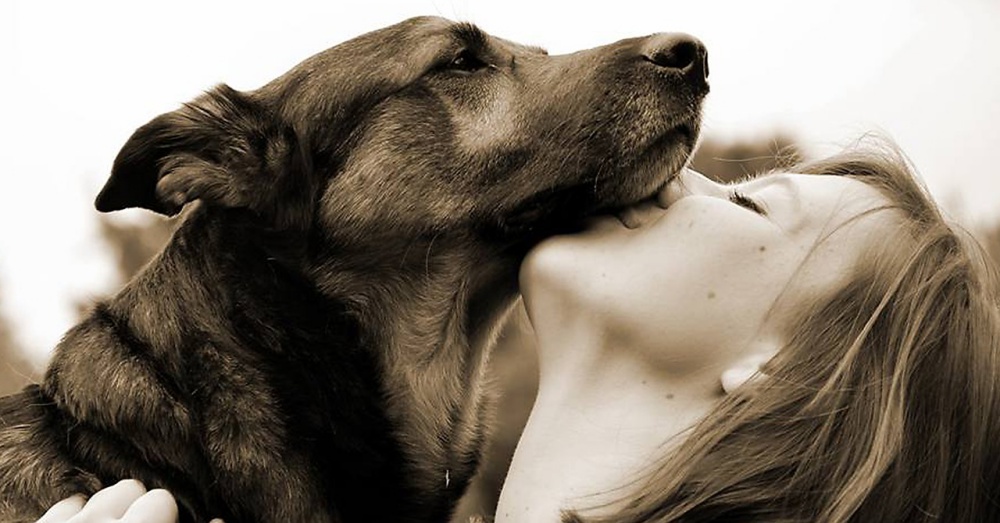 Some people expressed that even though they love their dogs, they would not give them 5 years of their lives. One person explained their decision by saying, “I love my three dogs dearly, and I will do so for the rest of their lives. To give each of them 5 years would mean 15 years less of mine…. 15 years is another dog’s lifetime… in 15 years I can have more sweet pups and thus save more dogs’ lives as I only take from shelters or from the roadside. So being selfish and keeping the ones I love now for longer and letting future pups who need love as well die too soon or all alone… No. Let my darlings live their lives out happily, I will miss them all, but there is always another that need love again.

Would you give 5 years of your life to your dog?

Dog Shot In The Leg While Saving Little Sister From Home Intruders: Click “Next” below!