Anyone who has ever had a dog knows that the bonds between dogs and humans are strong ones. We love our fur babies and we’d do anything for them. This includes caring for them in their old age and making their final wishes come true.

For one owner, that meant making sure that her beloved dog could enjoy snow for the last time before he passed away from cancer. For Spunky, he’d been with his owner since college. The pair lived together for many years in Wisconsin. That meant that they spent a lot of winters together in the snow.

However, the duo eventually moved away from Wisconsin. They made the leap to the much warmer state of Texas. Spunky became ill with cancer, meaning that his owner wanted to give him the best care up until the end. Since they were in Texas, his owner knew she couldn’t exactly get Spunky to the snow for his enjoyment. However, she figured out that if she tried, she could bring the snow to Spunky. 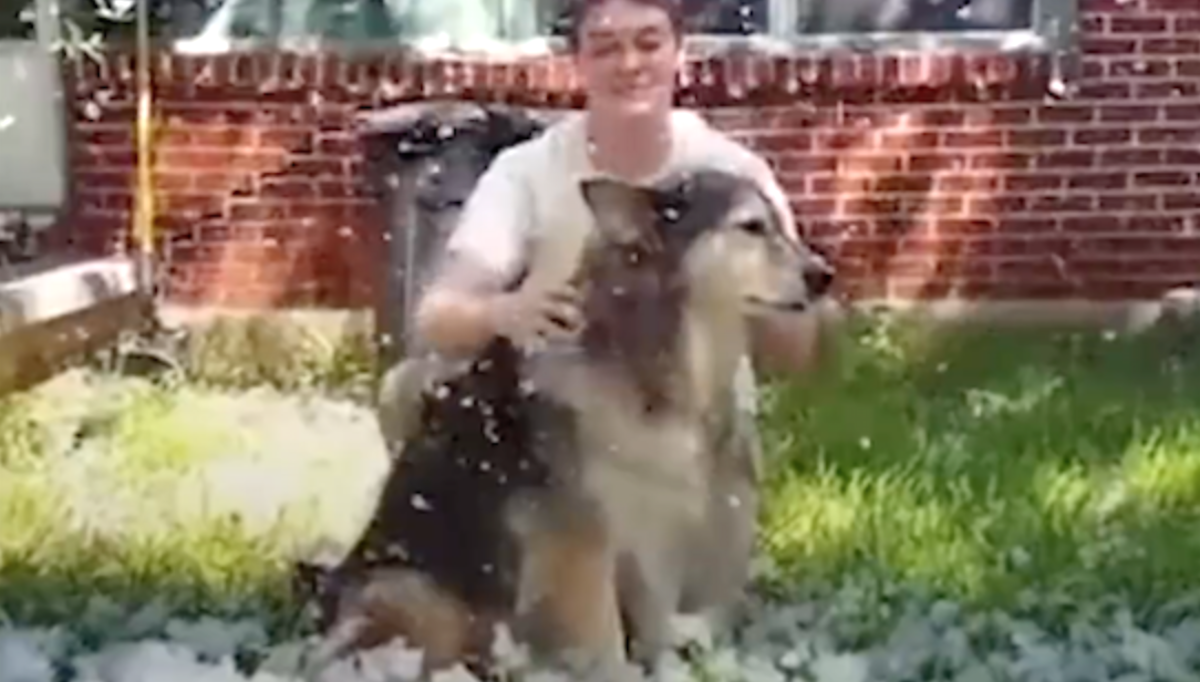 And in a kind gesture of solidarity, the community rallied around the owner in order to help her rent a snow machine in order to give Spunky his special moment. It’s a beautiful moment to behold. Watch their final moments together in the video below: