Puppy With One Paw Was About To Be Euthanized Until He Met His Soulmate: “He’s Just Like Me.”

A little nine-week-old white German Shepherd puppy named Lt. Dan was the only one in his litter of nine to be born without a front paw.

While breeders suggested that he be euthanized, his owner Karen Riddle refused to let that be his fate.

Instead, she went on the search for someone who would be a perfect fit for him – perhaps someone like a wounded veteran or child with a similar disability. Karen made a call to Shriners Hospital, where she was told about Sapphyre Johnson, who is a three-year-old girl born without feet as well as missing fingers. 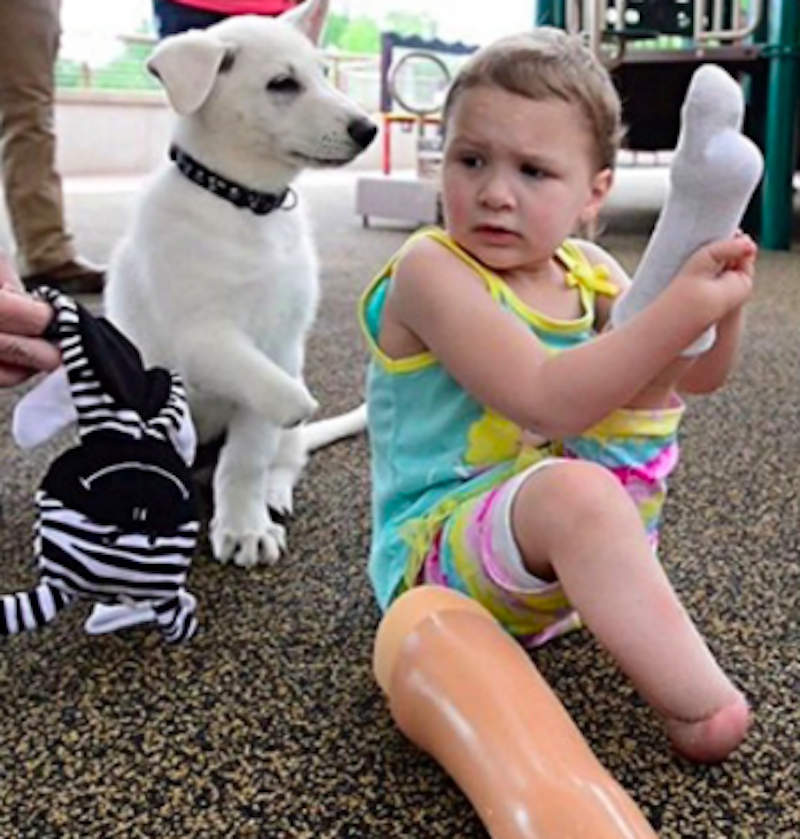 Karen immediately knew that Lt. Dan would serve such a great purpose in the Johnson home – and the Johnson family agreed with her that the two would be a perfect match.

Share on Facebook
Share on Facebook
” rel=”noopener noreferrer” target=”_blank”>said to USA Today, “The first time I showed her a picture of the dog, she looked at it for a moment, and she said, ‘That’s my puppy. He’s just like me.’ He’s a special dog and he’s going to a special child.”

When Lt. Dan and Sapphyre met, they were immediately bonded. Sapphyre’s father was overjoyed to watch his little girl play with the puppy. 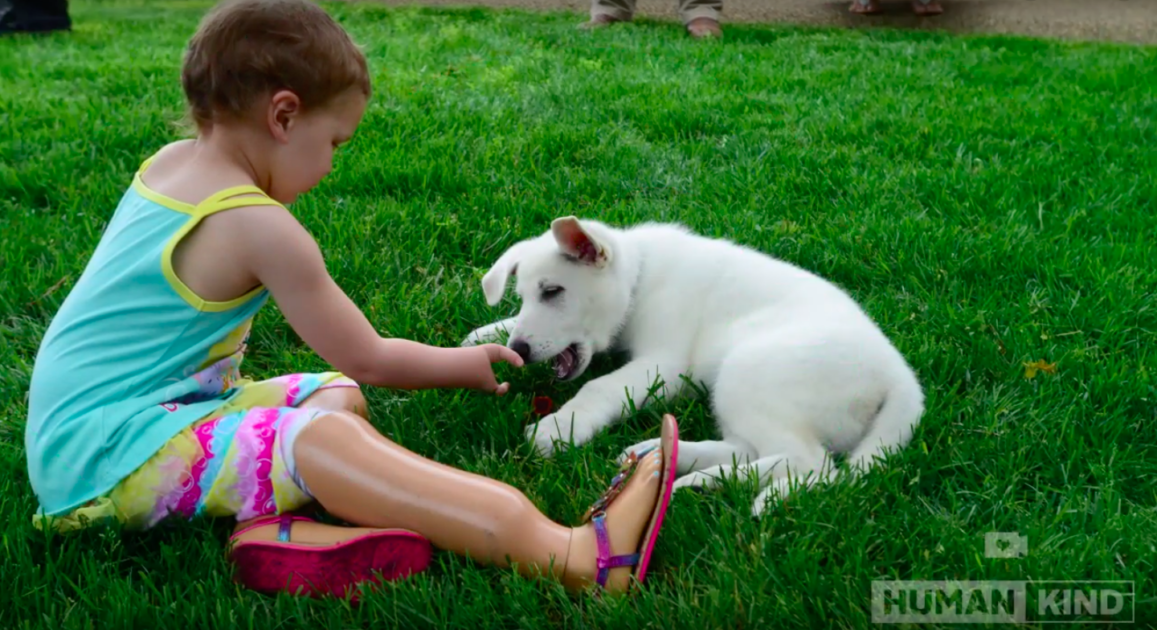 It was definitely serendipitous the way the two were brought together. And there is no doubt that Lt. Dan will help Sapphyre to make friends and feel more confident in her disability.

Shriners has even offered to make Lt. Dan a matching prosthetic paw that is like Sappyhyre’s prosthetic legs.

So wonderful to hear that the two of them are happy together and living their best lives. And shame on those breeders that said Lt. Dan should be euthanized. No animal deserves that just because of a minor disability.