Reuben and Malcolm are two Doberman pinscher’s that belong to Marie Taylor. She is absolutely obsessed over the dogs and they have plenty of love to give. Perhaps her favorite part about the dogs, however, is their noses.

Marie has always loved the dog’s noses so she decided to reach out on Facebook for a strange birthday request this year. 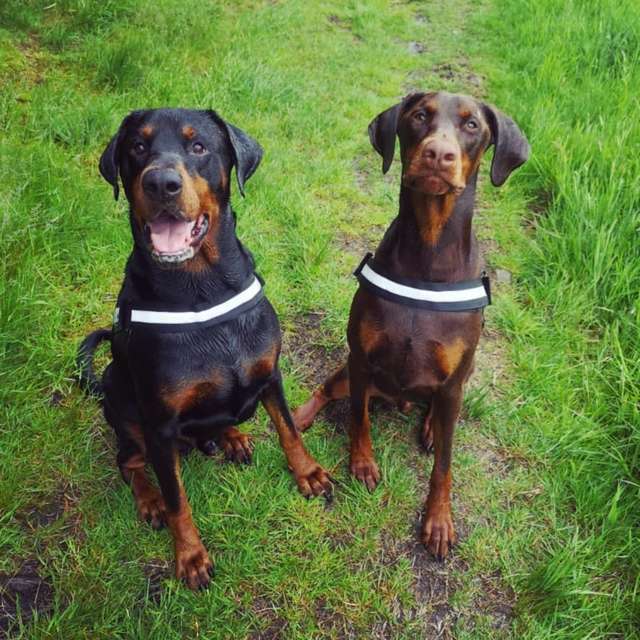 She posted a photo of Ruben looking up at her and smiling. Taylor then pledged her love to his nose and declared what she wanted to the world. More than anything else, she wanted a cupcake that looked exactly like her dog’s nose.

“I’ve told [my boyfriend] Jack I want it replicated EXACTLY out of icing and put onto cupcakes for my birthday,” Taylor wrote on Facebook. “It’s in 3 months’ time. He has plenty of time to organize it. I’m making this public so it happens.” 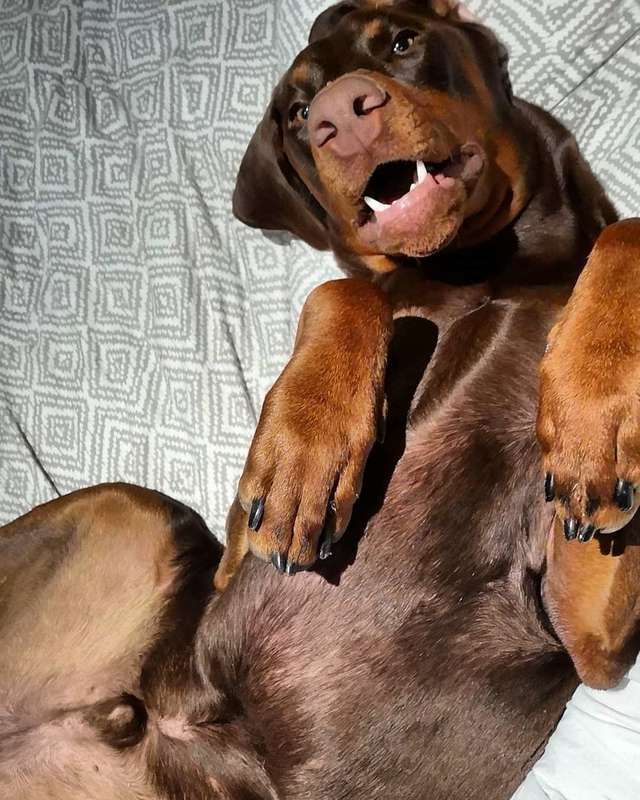 After Taylor made the post, it wasn’t long before she rescued Malcolm and adopted him into the family. Suddenly, she now had two dogs and she loved both of their noses. She may have felt silly about the birthday request but obviously, her boyfriend did not.

“My boyfriend must’ve taken notice because he contacted a friend, Whitley Griffith who works at Sweet & Smooth in Oldham [in the UK], and she made them,” Taylor told The Dodo. 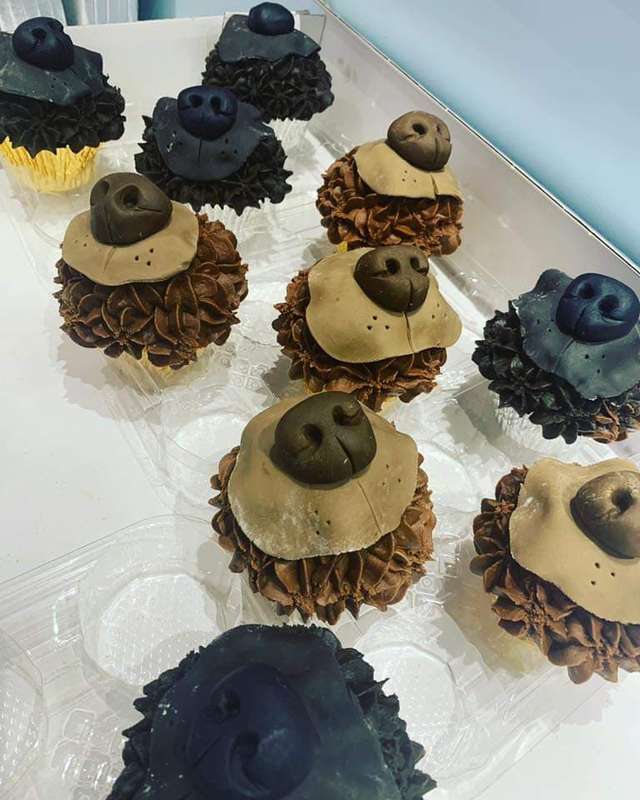 Her boyfriend surprised her with a box of cupcakes on her birthday. When she opened them, she saw that each of the cupcakes was an exact replica of those noses that she loves so much.

“I was over the moon,” Taylor said. “They were even better than I expected!” 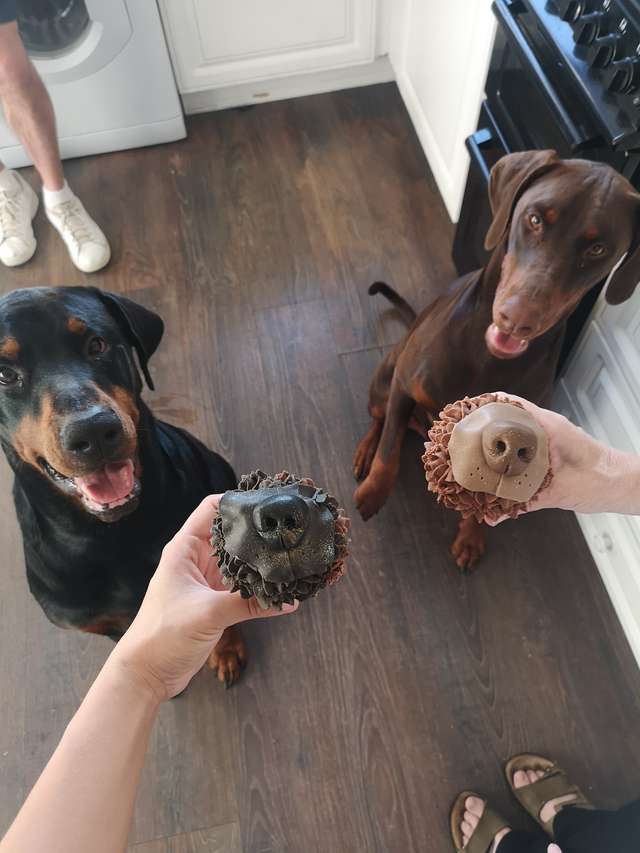 She even had her dogs pose with the cupcake. 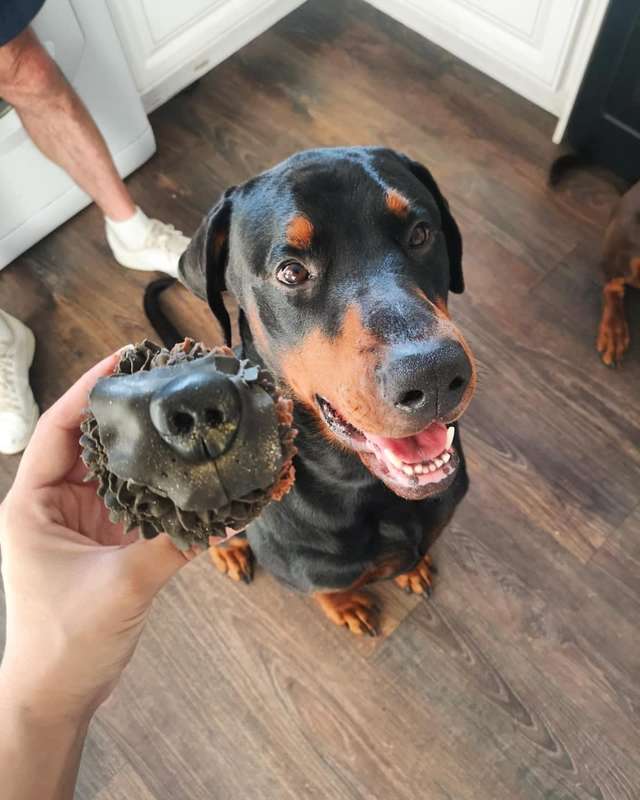 Her dogs seemed to know what was going on. 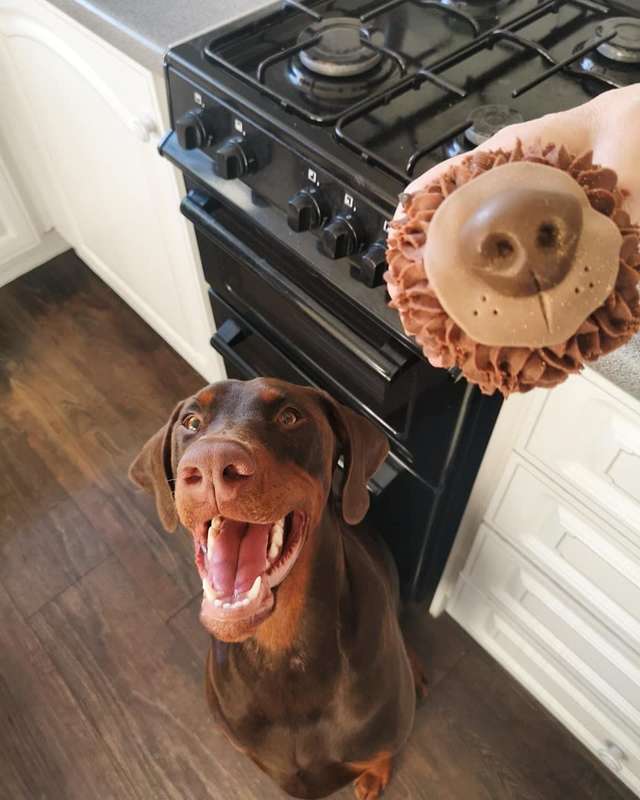 They even tried to steal a bite. 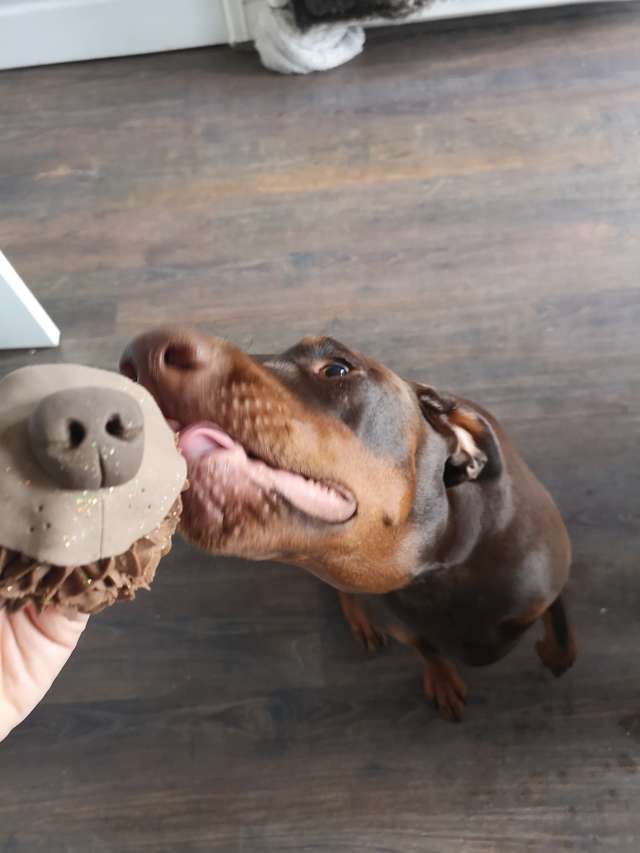 I’m sure the cupcakes were delicious but Taylor was focused on how perfect they were.

What may have started out as a silly Facebook request ended up in a kind gesture by her boyfriend. Now she has something new to post on Facebook.