Puppy Refuses To Fall Asleep Until Dad Sings Her A Lullaby

We all have our tricks to getting ourselves to go to sleep. Some people like to lull themselves to sleep with a nice cup of calming tea, others like to read before bed, and some just put on the TV in order to nod off. However, there was a video circulating that was melting hearts as it showed one adorable little dog’s night-time need: a lullaby.

Puti, the little red pitbull puppy, was caught on camera requesting her bedtime lullaby – and it sent our hearts into overdrive.

Of course, Puti is so adorable that her owner was only happy to give in to the precious little puppy’s need for her lullaby. I mean, we wouldn’t be able to say no to that cute face, either. You’d have to have a heart of stone to say no.

The video opens with this little cutie pie curled up in her crate. However, she is giving her owner the classic puppy-dog eyes that few dog owners, if any, can resist. She’s asking for her lullaby. And it’s just plain adorable.

Knowing exactly what she’s asking for, her owner can then be heard softly asking her, “You need daddy to sing to you to go to sleep, my little baby?”

And as soon as he begins to sing to her, the look of pleading leaves her eyes and she actually starts to get sleepy! You can watch as her little eyes start to close and she yawns – clearly being lulled into a peaceful night’s sleep. 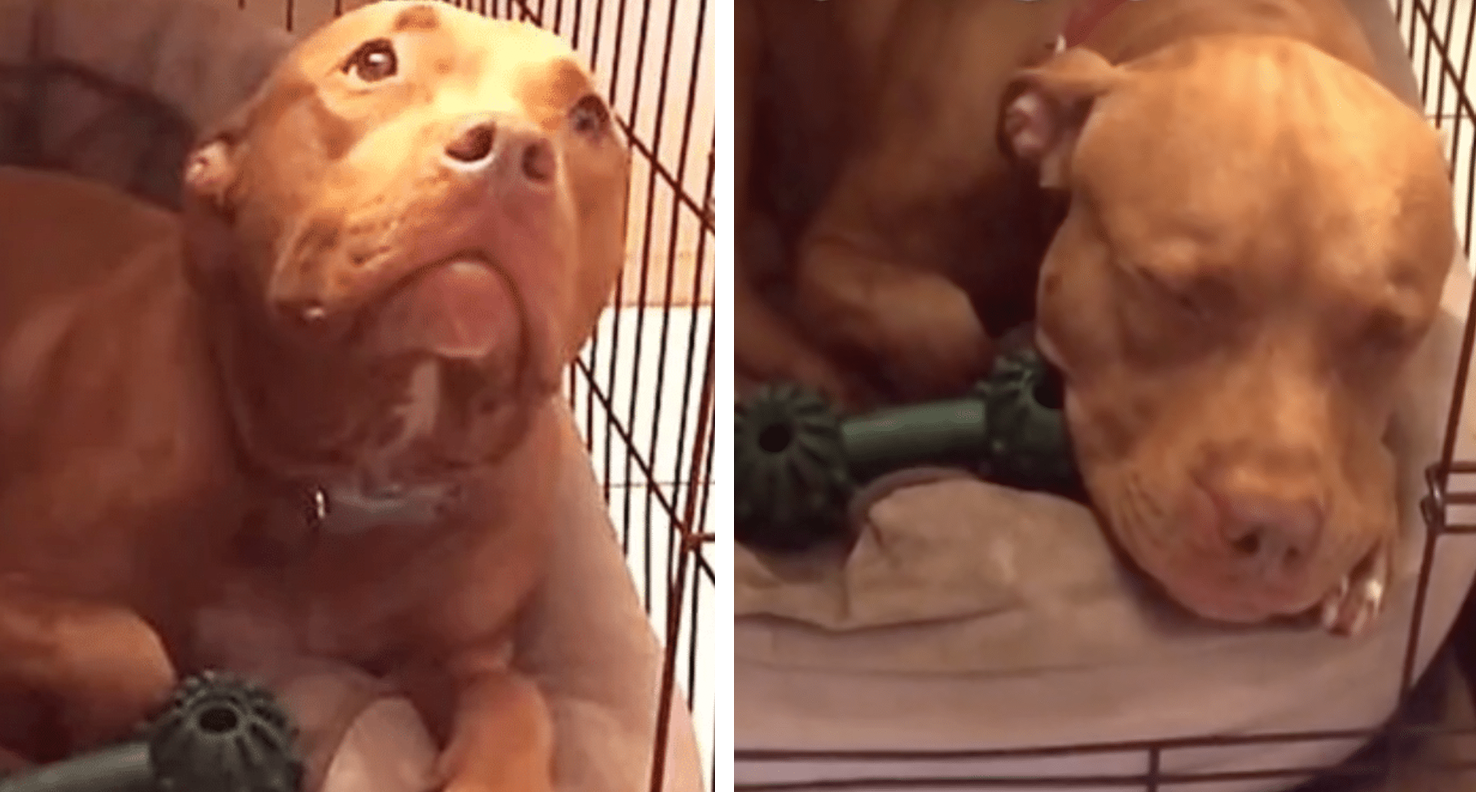 And the song that he was singing to her? It happened to be a modified version of Sarah McLachlan’s, “In The Arms Of An Angel.”

Anyone watching can tell, as he sings the line, “In the arms of your daddy. Little baby sleeps. It’s my little big baby. Go to sleep, baby, please. Please go to sleep…”

The whole thing is beyond precious!

Watch the adorable video below: