A golden retriever, appropriately named Lucky, is home safe with his family after nearly drowning in an icy New York pond.

Golden retrievers love to chase birds, even if they don’t stand a chance at catching them. Lucky is no exception. When he spotted some ducks outside his home he bolted through the door to chase after them.

His mom, Kalanit Lebouvich, watched in horror as he fell into the partially frozen Grant Park pond. She immediately called 911 for help. 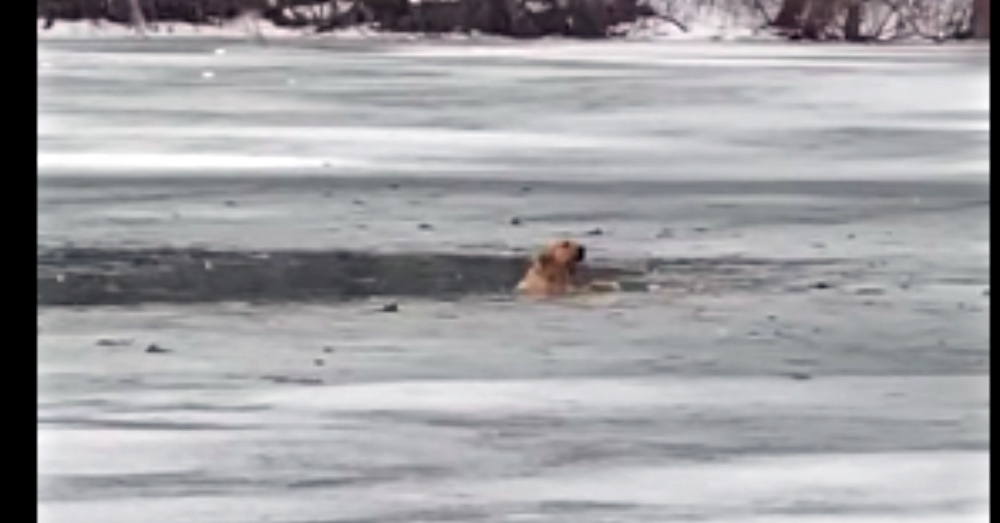 The Nassau County Police Department received the call and contacted Hewlett Fire Department to assist in the water rescue.

In the rescue video, Lucky’s mom can be heard yelling, “They’re coming Lucky, hold on!” And that is exactly what he did.

For thirty minutes, Lucky clung to the ice with his front paws. Just as he was losing his strength and struggling to stay afloat, the rescue team arrived.

Police and firefighters devised a plan and assured Lebouvich they would rescue her beloved dog. 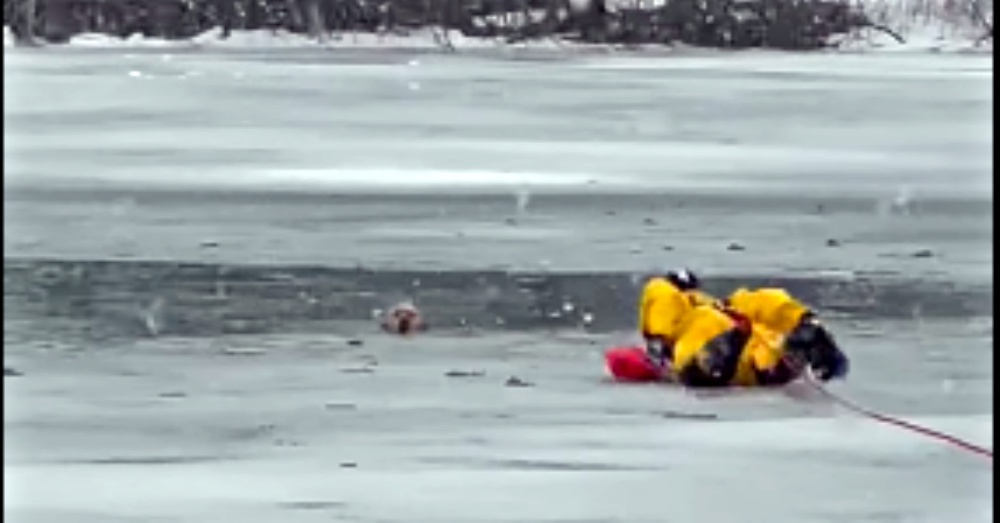 A rescue swimmer with the fire department carefully made his way across the ice to Lucky. He plunged in the freezing water and went behind the exhausted dog to help lift him onto the ice. Once he was out of the frigid water, Lucky wasted no time in racing back across the pond to his family. 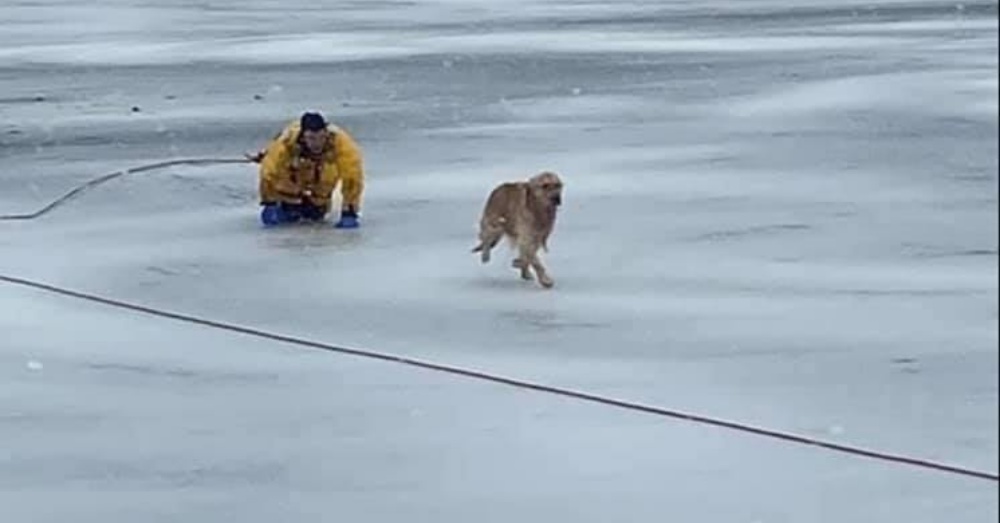 The young pup was examined by a vet and his family reports he is back to his playful self. He is doggone lucky.

Lucky’s rescue story has gone viral and is being shared around the world. Countless people have praised the rescue team and said they are all heroes. One person wrote, “Fabulous job by these guys. Let’s never take them for granted! One fortunate dog for sure.”