Dog owner Heather Willobee has seen plenty of bears in her lifetime, which is par for the course for when you live in Northern Michigan. But Willobee could sense something was wrong after she let her 8-year-old dog outside for a bathroom break.

“I could see her in the light and I knew she was coming,” Willobee told WPBN/WGTU. “But I also knew she wasn’t coming alone and that something big was right behind her.” 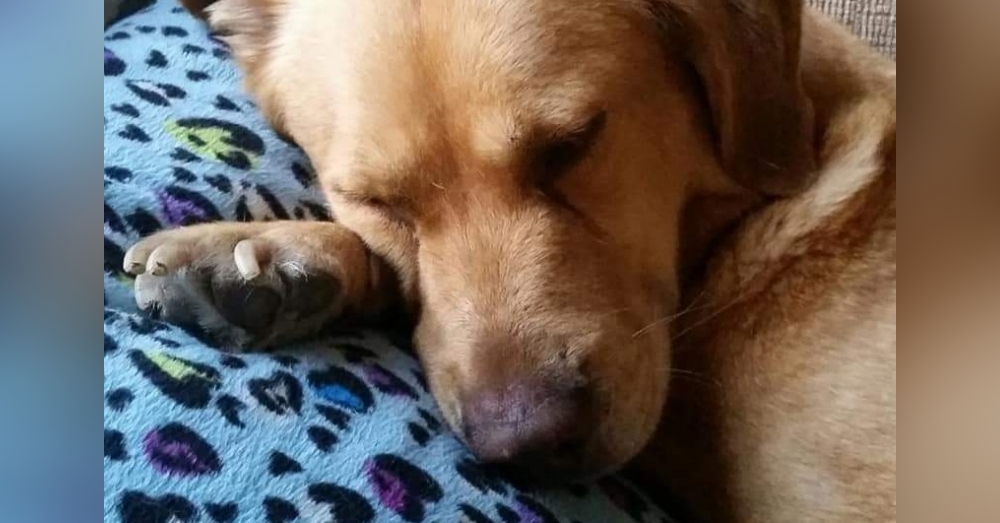 Sure enough, Willobee’s beloved dog, Lucy, was being chased by a 300-pound black bear. Willobee managed to get the injured dog inside the house, but the pup’s problems were far from over. Lucy needed immediate medical care, but the hungry bear was still lurking outside, refusing to leave.

“Normally you can bang pots and pans or yell at them and they’ll run away,” Willobee said. “This bear was not doing that.”

The frantic ‘dog mom’ used the panic button on her truck to finally frighten the bear back into the woods, then quickly placed Lucy in the truck. But once Lucy was safely tucked in the backseat, the black bear suddenly reappeared for her prey. 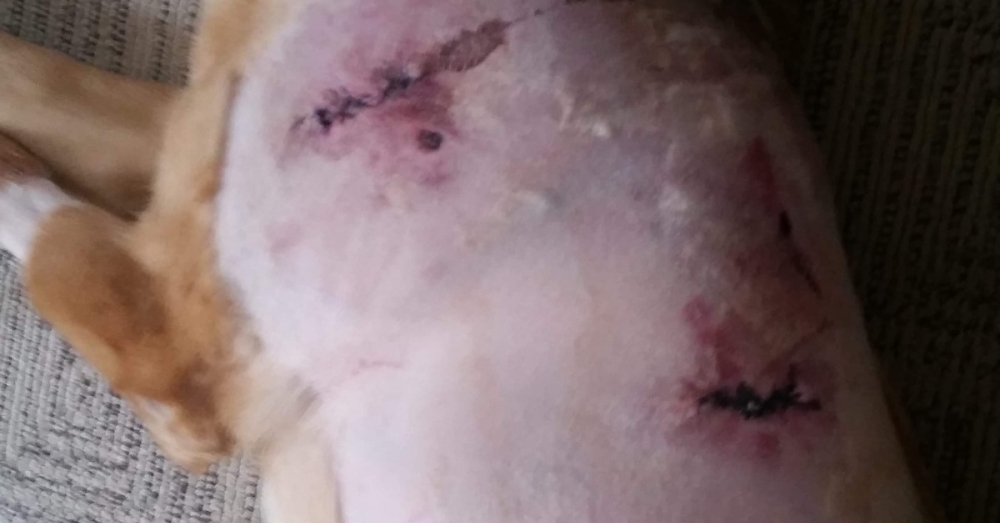 “It didn’t move. It just kept eye contact,” said Willobee, who was still trapped outside the car. “I kept eye contact and I was just like, ‘I don’t have time for you, bear. I need to save my dog.’”

Willobee maintained eye contact with the hungry bear while she calmly moved towards the driver’s seat. Once safely inside, she rushed Lucy to the nearest animal hospital, although Willobee wasn’t allowed to accompany Lucy inside as a COVID-19 precautionary measure. Instead, the worried dog mom nervously awaited inside her car for updates on her injured pup’s health.

Lucy was lucky, because most dogs don’t survive encounters with bears. But the poor dog still had to undergo surgery to repair the claw marks on her torso, paws, and shoulders, and — according to a GoFundMe page created to raise money for the dog’s medical care — veterinarians aren’t sure if she’ll ever be able to run again. 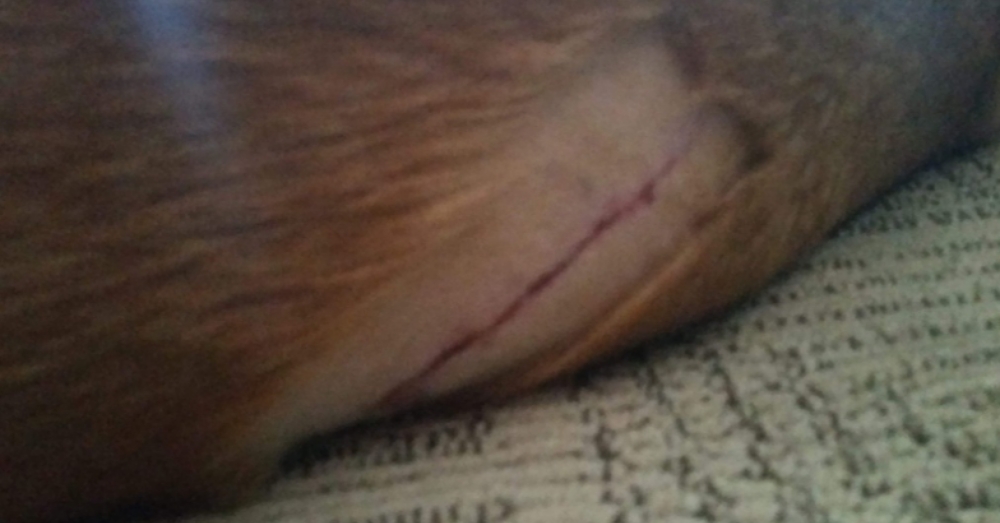 “She is walking and eating, drinking,” said Willobee. “The road to recovery is going to be a long one for her.”

Regardless, Lucy’s story would be much different if it weren’t for her devoted ‘dog mom,’ who bravely stared down a black bear in order to save her dog’s life. Would you risk your life to save your pet from a wild predator?