At first, Gary Truefitt wasn’t overly concerned when his cat, Cleo, didn’t come home. The white and calico tabby was used to roaming around their neighborhood in Walsall, England, where she liked to perch on top of their fence or make social calls. Truefitt simply assumed that Cleo had been just delayed making her rounds.

But when Cleo never returned, Truefitt decided to check his security footage. “I noticed my gate was left open which was suspicious so I decided to check the CCTV and was completely shocked by what I found,” he told The Daily Mail. 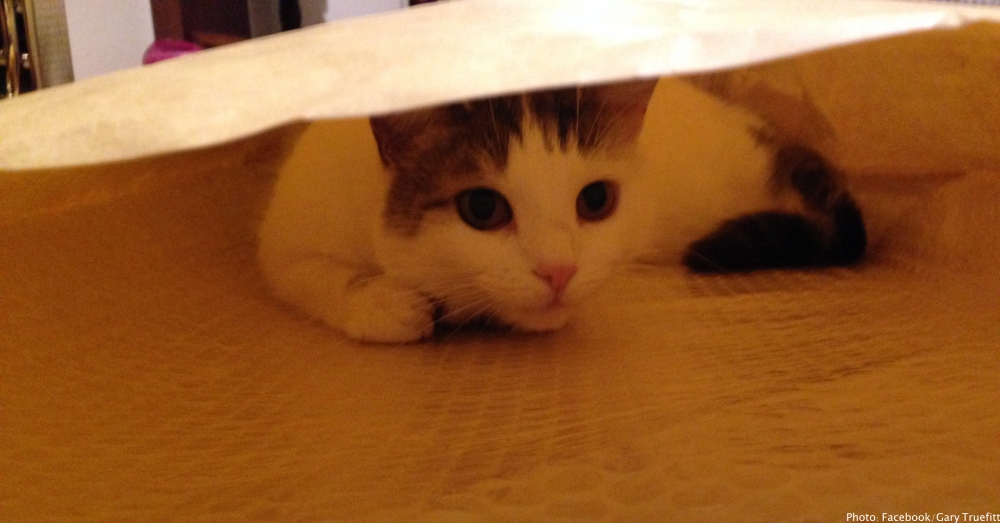 At first, nothing appeared out of order, as security footage revealed Cleo sitting peacefully on the fence. Nor did the friendly cat seemed overly concerned when a stranger approached, leading a dog and smoking a cigarette.

Upon spotting the cat, the hooded intruder glanced around the yard, and then quietly opened the fence. But sweet little Cleo didn’t display any fear – until this cruel human sicked his dog on her, promptly mauling the unsuspecting cat to death. As the dog continues to shake Cleo’s body, the suspect flees the scene. 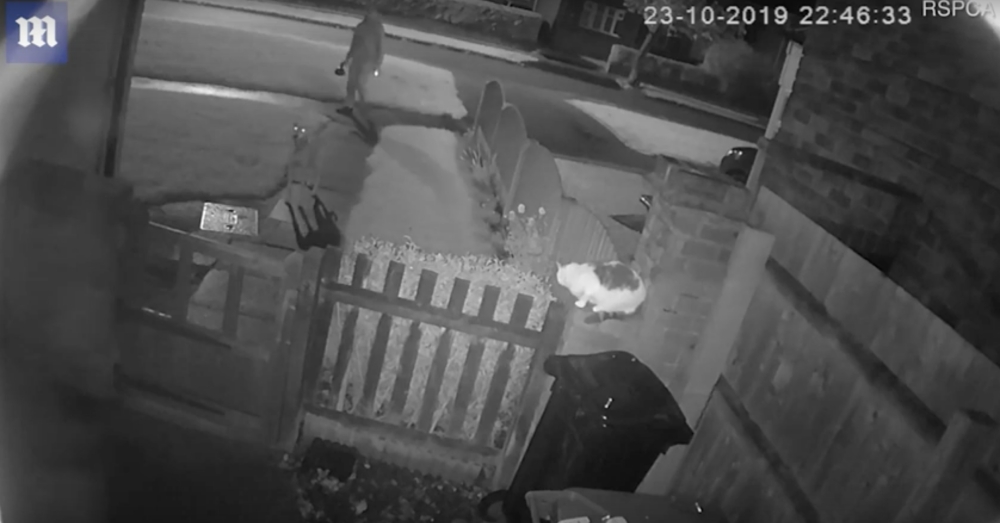 ‘It’s just awful to think of her being attacked in this way,’ said Cleo’s owner, who was so distraught upon seeing the CCTV footage that he fled to a neighbor’s house.

Meanwhile, the search is on for the unknown assailant who perpetrated this cruel attack. “This is an extremely disturbing incident and we’d like to find out who this individual is as soon as possible,” Fiona Howell, a trainee inspector from the Royal Society for the Prevention of Cruelty To Animals told reporters. Dog’s only attack when trained to do so, and this horrific excuse for a human being should be rotting in jail. 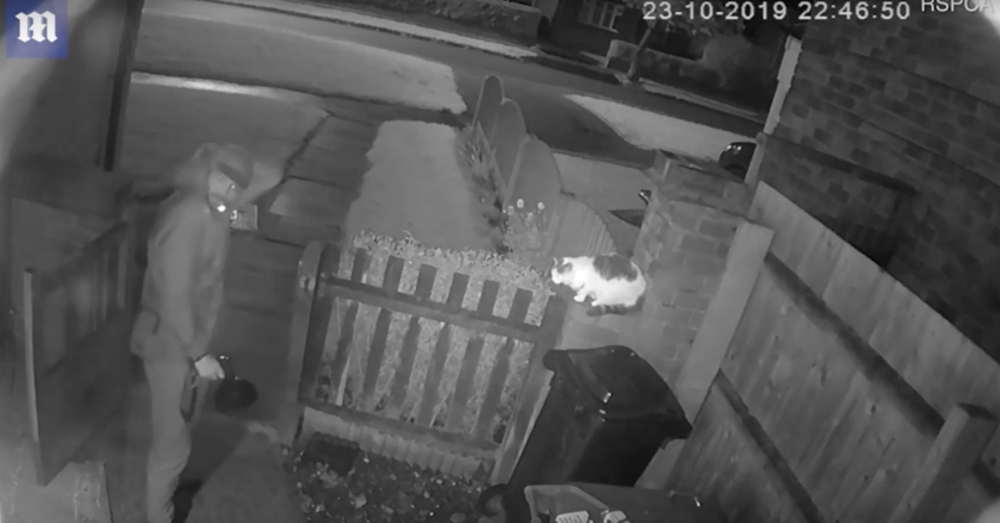 Meanwhile, Truefitt is mourning the loss of his beloved four-legged family, who has kept him company for 8 years. “Cleo will be very much missed,” he said. “She was a daft cat in lots of ways and would lie along the driveway even when there were cars about but she was a companion to me.”

Please contact RSPCA’s hotline at 0300-123-8018 (Dial 0044 first if you’re calling from outside England) if you recognize the unknown assailant from the Truefitt’s security footage, which you can watch in full below. Witnesses can also reach out to the West Midlands Police on Live Chat at west-midlands.police.uk.

Please be warned that the following video of Cleo’s final minutes is very disturbing.