Buddy’s owner, Sarah Emrick, revealed that her dog also insisted on taking an active role in the peaceful demonstration, which drew hundreds of protesters marching for racial equality. Part-way through the march, the helpful pup grabbed Emrick’s “Black Lives Matter” sign and insisted on carrying it in his mouth for the rest of the afternoon. 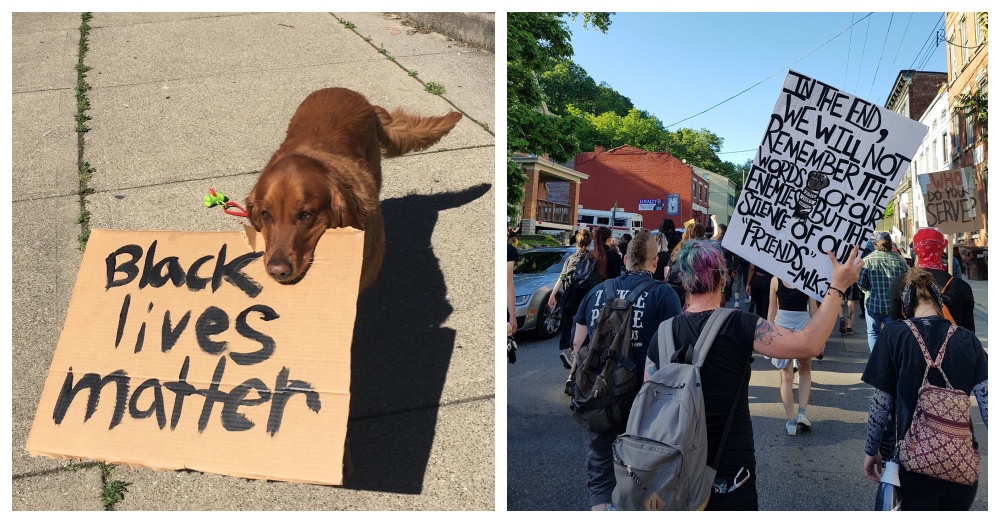 Many people applauded this pup’s commitment to social justice; some people are even calling Buddy the “golden protestor.” But other people expressed concern about a dog attending a large demonstration where animals could get easily trampled by crowds.

“Please be safe Animals don’t really get the concept of social discourse and protesting, but love us nonetheless,” one user wrote in response to Emrick’s pictures on Twitter.

However, Buddy’s owner insisted that her dog was happy and safe throughout the demonstration. “This is my dog. I know him and I know that he could handle this,” Emrick responded on Twitter. “It was a peaceful protest and no one was hurt. I was aware of my surroundings and was very careful to make sure neither of us got hurt. And I left before the curfew kicked in at 9. He was happy to be there.” 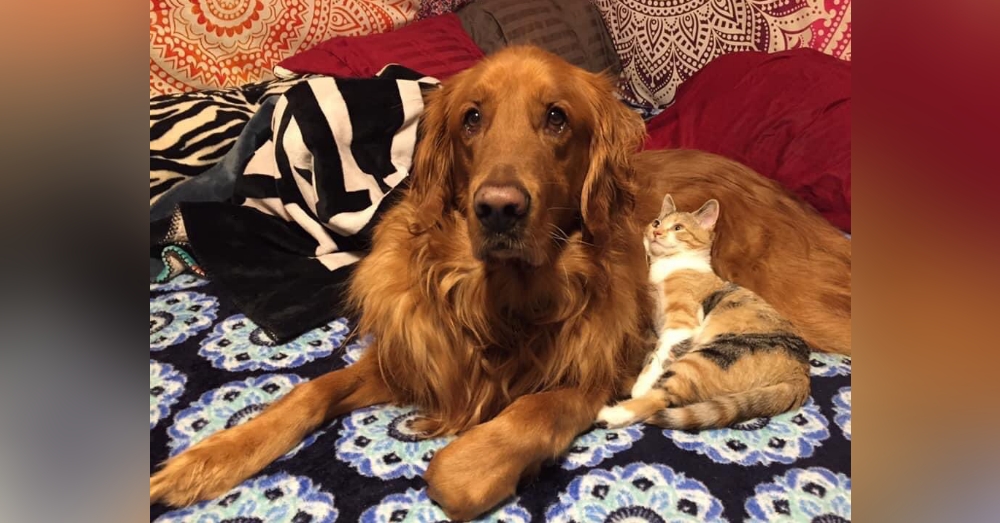 Later that evening, Emrick shared some follow-up photos of Buddy relaxing after his busy day of activism, which also seems to have made quiet the impression on one of his cat siblings. “We are back home and safe. It was a peaceful protest and we left before the curfew,” Emrick wrote on Twitter, reminding viewers she would never put Buddy in harm’s way. We’re so glad to hear Buddy had a great day helping his human exercise her rights and is now safely relaxing at home!