This Pup Is Not A Fan Of Other Dogs. But When He Met His Bunny Siblings, There Was An Instant Bond!

Humphrey the dog lives with his humans Samantha Tungul and Jeremy Rood in Northern Virginia. Since he was an only dog, the couple figured it would be a good idea to adopt some more dogs to keep Humphrey company. So once day they came home with a couple of rescue pups, but their meeting did not go as they expected. 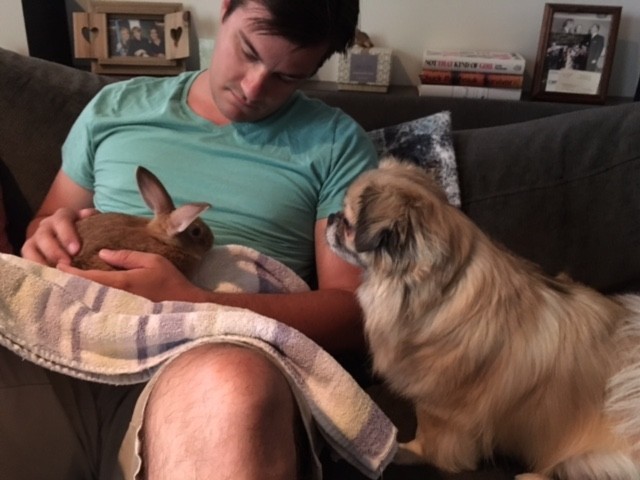 “We call him Uncle Humphrey because he was always just aloof with them,” Tungul told The Dodo. “Never really bonded that much and kind of kept to himself.” 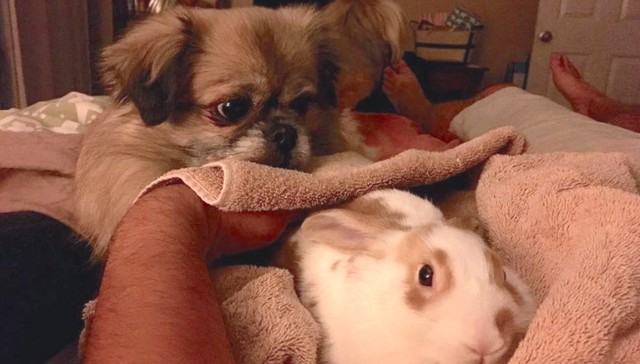 The couple then decided to foster rabbits from a local shelter. Much to their surprise, Humphrey took a huge liking to the bunnies! Xena and Gabrielle were the first bunnies that they brought home. They hopped around the bed with Humphrey and loved to crawl all over him, which Humphrey didn’t mind! 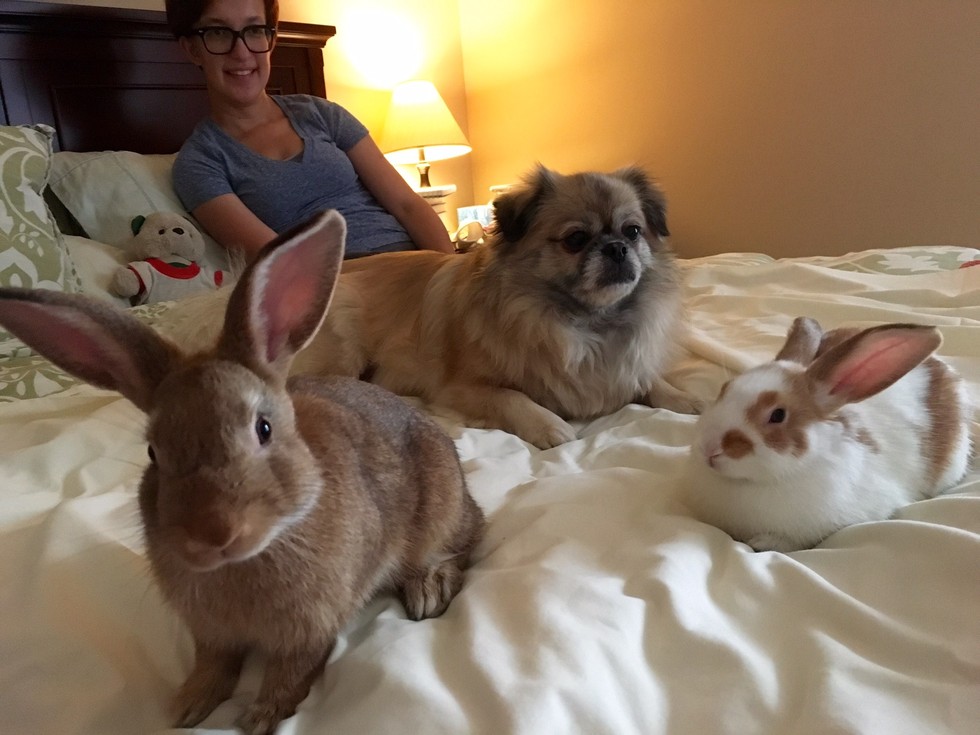 The most recent fosters are Jeremy Jr. and Sam Jr., who were part of a hording case before they ended up at Fairfax County Animal Shelter. Just like the first pair of bunnies, Humphrey was in love with these two also! “They don’t really understand why this big fluffy thing keeps whining at them. He just wants them to love him back!” Tungul said. 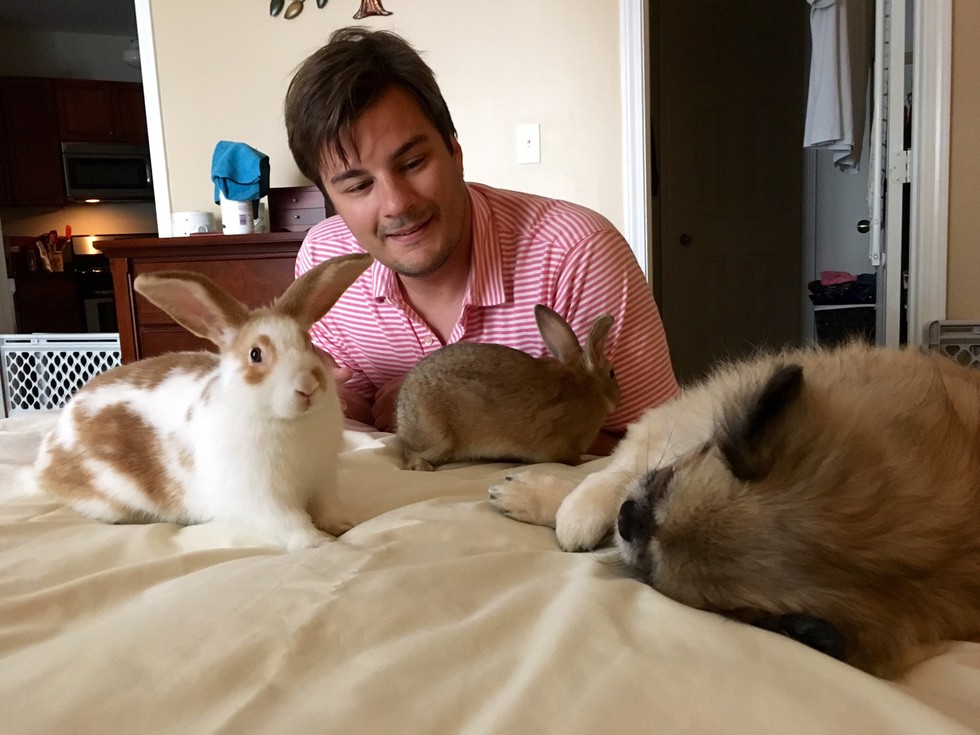 Tungul says usually the rabbits warm up to Humphrey before they warm up to anyone else. Humphrey makes them feel safe and is extremely loving and affectionate to them. He is constantly near them and is always wanting to nuzzle and nap next to them. 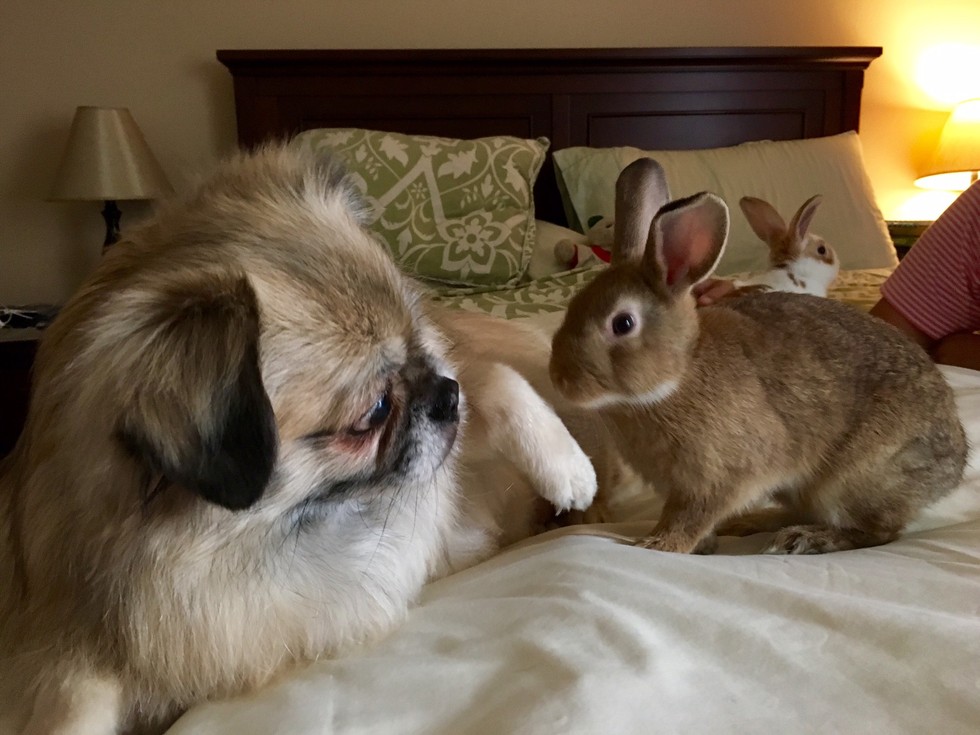 Soon, the couple plans to move out of their condo and into a bigger house. Once they move, they said they will adopt a bunny to be Humphrey’s permanent sibling. But for now, Humphrey will continue to be the best dog foster brother to the little bunnies!