Springer Spaniel Rescued After Being Lost At Sea For Three Hours

A springer spaniel named Ollie leaped into the water at Newton Point for a swim, but never returned to shore. Instead, he headed out on a 3-mile swim that ended with him being rescued.

As the minutes passed and Ollie was nowhere in sight, his family began to worry. They contacted the UK Coastguard to report their dog missing.

While springer spaniels are known as good swimmers, three miles is a long way to doggy paddle. 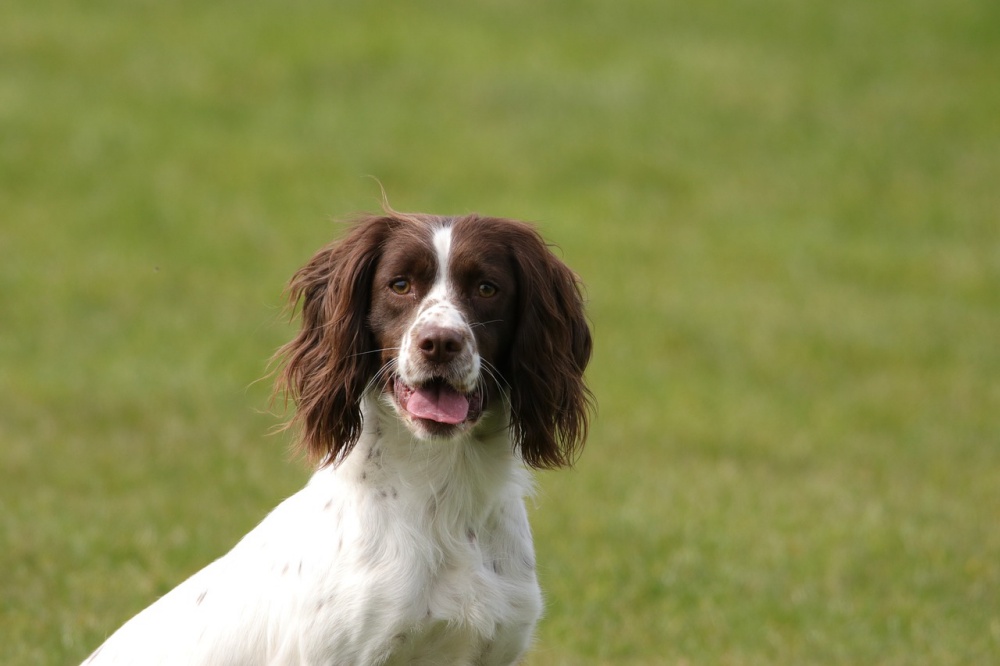 Porthcawl RNLI, a lifeboat crew in Wales, responded to the call by sending a lifeboat out in the area to search for Ollie. But after an hour of searching and no sign of him, the team thought he must have returned to land.

Just as the lifeboat returned to the station, kayakers called and reported a dog they found at the base of the cliffs in Southerndown.

Volunteers rushed out to rescue the tired pooch who had been lost at sea for three hours. The kayakers stayed with Ollie until rescuers arrived. He was carried to the lifeboat and immediately offered water.

After getting his fill of water, he began to look around and soak up the praise from his rescuers. 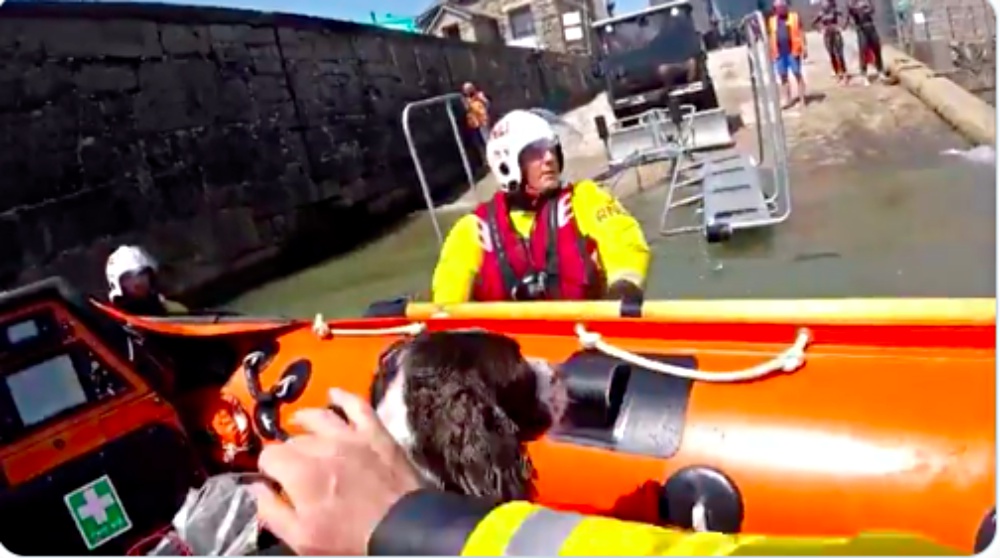 He was rushed back to shore and reunited with his family.

Porthcawl RNLI helm Simon Emms was shocked and impressed by Ollie’s swimming abilities. He said, “It’s incredible that Ollie had spent over three hours at sea when he was found and was around three miles from where he’d first gone into the water.

“He seemed very happy to see us and enjoyed his ride on the lifeboat back to Porthcawl.”

He went on to commend the family for taking the right steps to help Ollie.

“The owner did the right thing by contacting the Coastguard. If your dog gets into difficulty in the water go to a place it can get to safely and call it – they’ll probably get out by themselves.

“Never enter the water after your dog as you could get yourself into trouble too. Dial 999 and ask for the Coastguard.”

Watch as Ollie is carried to safety in the video below and don’t forget to share!

This is the moment Porthcawl RNLI volunteers rescued Ollie the springer spaniel who was found around 3 miles from where he’d originally gone in the water near Newton Point. Read more: https://t.co/ITa8k3GQDK pic.twitter.com/JVicLibVg2