Police Officer Jumps Into Lagoon To Rescue Dog Who Was Drowning

Milwaukee Police Officers Joe Spingola and Mike Smith were helping kids who got their fishing gear tangled in the weeds of the lagoon in McGovern Park. All of a sudden, they heard a big splash nearby. They turned to look and saw movement under the weeds and lily pads.

That’s when they realized that it was a little dog who had fallen into the lagoon. Both officers ran over to try and save the poor pup. Officer Spingola reached in and pulled the dog out of the water. He placed him on the ground, and then the dog went running toward other nearby families. 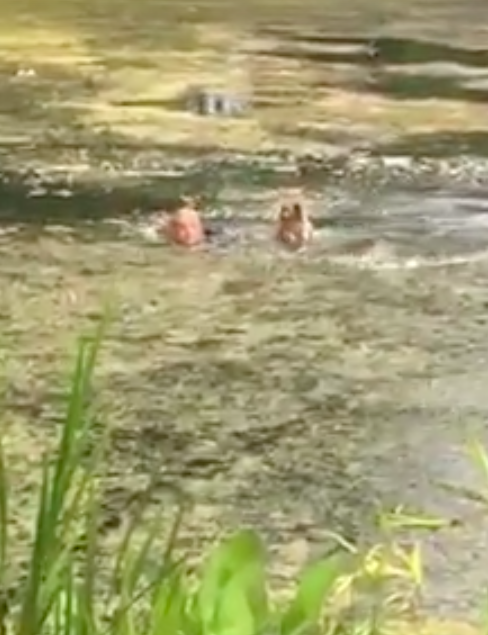 That’s when they heard another splash. The dog wound up in the lagoon all over again! He swam to the middle of the water, and the officers knew they had to help him again. This time, he wasn’t as easy to reach. They alerted the fire department and asked if they could bring a boat or ladder truck to extend into the water.

In the meantime, the officers were trying to persuade the dog to swim to the shore, but it wasn’t working. Then things got worse when the dog was struggling to stay afloat in the thick weeds. Officer Spingola knew there was a chance this dog would drown, so he immediately went into the water to save the dog yet again. 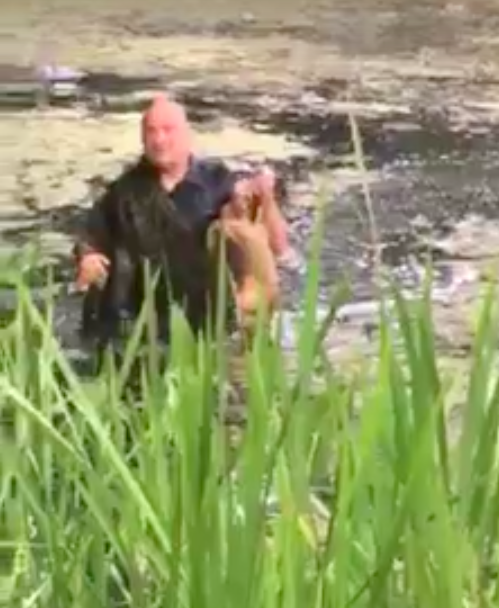 This time, the dog was wrapped in weeds and tangled in fishing line. If it weren’t for Officer Spingola, he would have drowned this time. He grabbed the dog and swam back to shore with him.

The dog was then taken to the Milwaukee Area Domestic Animal Control Commission where he was examined and thankfully given a clean bill of health. The dog, who they believe to be an eight-year-old poodle mix, is now doing well. They’re hoping his owner will come forward. If you know who this dog belongs to, contact MADACC at 414-649-8640.

Is COVID-19 Turning Denmark's Mink Into Zombies?: Click “Next” below!