Worship often involves joyful expressions of song and community. At one local temple in Pune, India, that community also includes a dog.

A bemused neighbor noticed a dog’s regular attendance of his local keertan, which is a musical Hindu chant. Most human participants play musical instruments and sing along. This white dog gleefully howls at the top of his lungs. 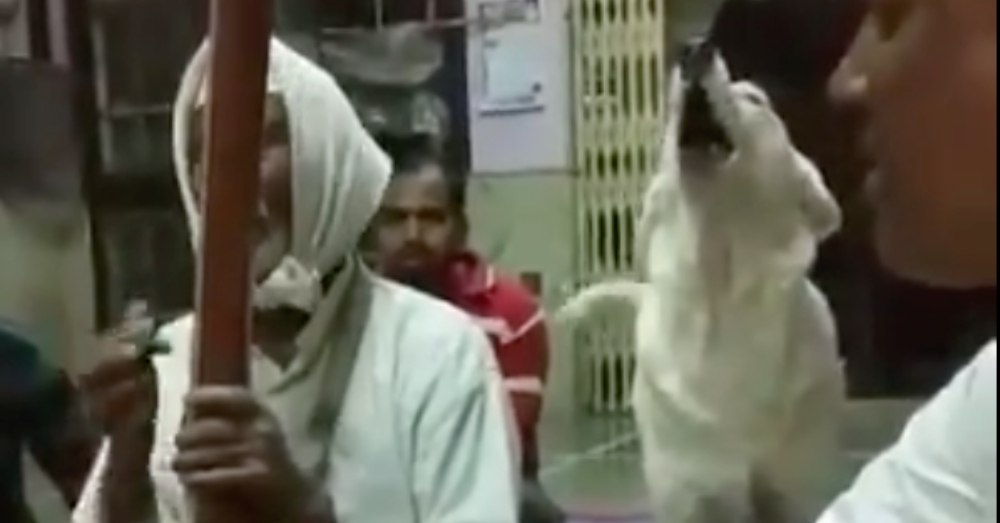 But the dog’s cheerful song wasn’t his only expression of religious devotion. According to the Twitter user who captured this joyful scene on film, this pooch faithfully attends this temple to sing along once a week.

“This devout little dog belongs to my friend’s factory,” a fellow attendee wrote on Twitter. “Every Thursday evening, without fail, he walks over to the temple next door and joins the keertan.”

This devout little dog belongs to my friend's factory. Every Thursday evening, without fail, he walks over to the temple next door and joins the keertan. Then he has his share of prasad and trots back home. Every single Thursday! 🙂 pic.twitter.com/HiuluOJdiy

Of course, part of the draw might be the division of food, or prasad, enjoyed upon the completion of this particular temple session. The food is first offered up as an atonement to Krishna before being shared by everybody in attendance, four-legged or otherwise. “Then he has his share of prasad and trots back home,” the neighbor confirms. “Every single Thursday!”

Regardless, fellow temple-goers seem pretty pumped by this furry songbird’s participation, and the Internet is similarly enthused. How could you not be? Until next week, little friend!