Mischievous Dog Sneaks In A Dip In The Pool. When Parents Catch Him, The Reaction Is Priceless!

When temperatures rise, a dip in the pool is so refreshing. Well, Baxter, a Giant Schnauzer, thought the same thing. However, he is forbidden from swimming in the pool.

Jerry Gordon glanced out of the window of his Oklahoma home to see Baxter splashing around in his inflatable pool. Baxter is probably not allowed in the pool because his nails may make a hole. However, the summer sun and warm temperatures made the pool irresistible. 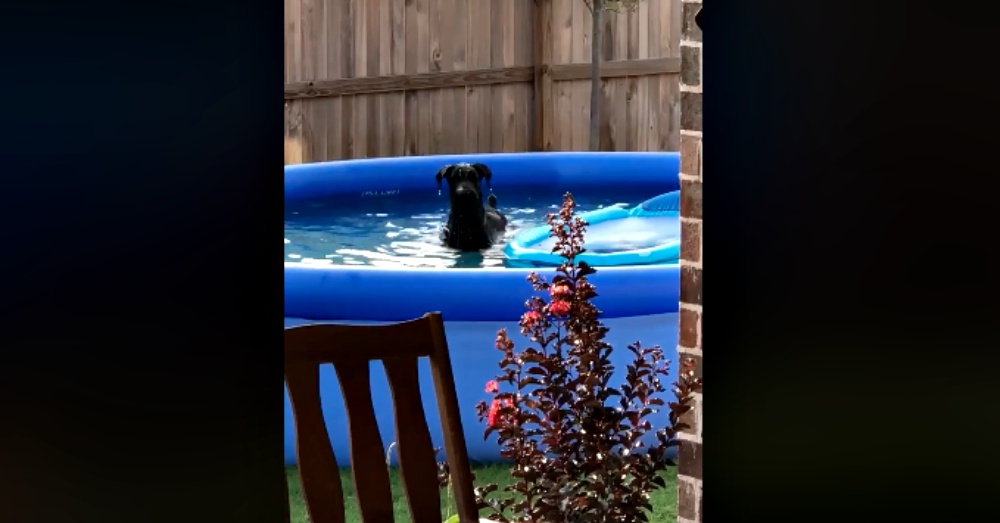 Gordon quickly grabbed his phone to record Baxter enjoying a dip in the pool. He splashes around and considers hopping on the floating raft. Suddenly he senses that someone is watching him. He freezes and then slowly lifts his head. He is looking right at the house. The adorable dog knows that he has been caught. He slowly makes his way to the edge of the pool. 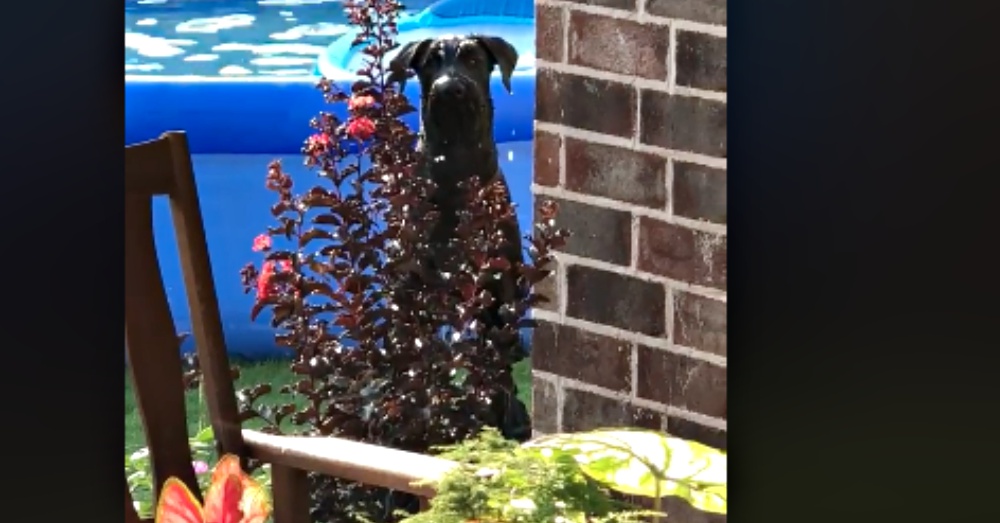 He slinks out of the pool and heads for a bush to hide behind. Then he lets out a defiant bark, or an explanation as to why he was in the pool. Gordon captured the incident on video that has gone viral. He posted the video to Facebook with the caption, “Oops! I got caught.” With over 21 million views, Baxter is a star.

Watch the mischievous act below.

A Police Puppy Who Can Perform CPR?!: Click “Next” below!