Not only are dogs innocent and adorable, but they can also do some of the funniest things we’ve ever seen! Case in point, a dog has gone viral for imitating his teenage brother’s broken leg.

The video begins with the boy climbing down the stair with a giant cast on his leg. He then uses his crutches to walk into the room with his dog Sawyer following behind.

You will probably react the same way I did when I first saw the video “Is the dog injured or is he copying the boy?” It turns out that he is imitating the boy’s walk and the dog is totally fine.

Even when the teen is out of the frame, Sawyer continues his broken leg walk around the house. 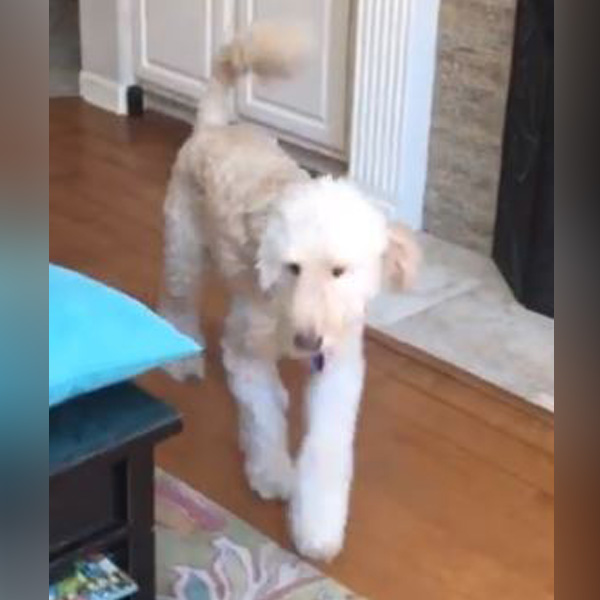 The best part is the way the dog walks into the room. He does such a great impression!

We’d like to think that it’s Sawyer’s way of showing solidarity and sympathy for his human and letting him know he’s not alone. What do you think?