Angus’ owner, Robyn Hubbard says the bulldog isn’t just old, but also completely blind and suffering from occasional seizures. Because of the 14-year-old dog’s fragile condition, Hubbard says he hasn’t even gone out to the backyard in years, usually just stumbling between the bedroom and living room. However, one day while Hubbard was out Angus did the unthinkable: he left the house and became lost. 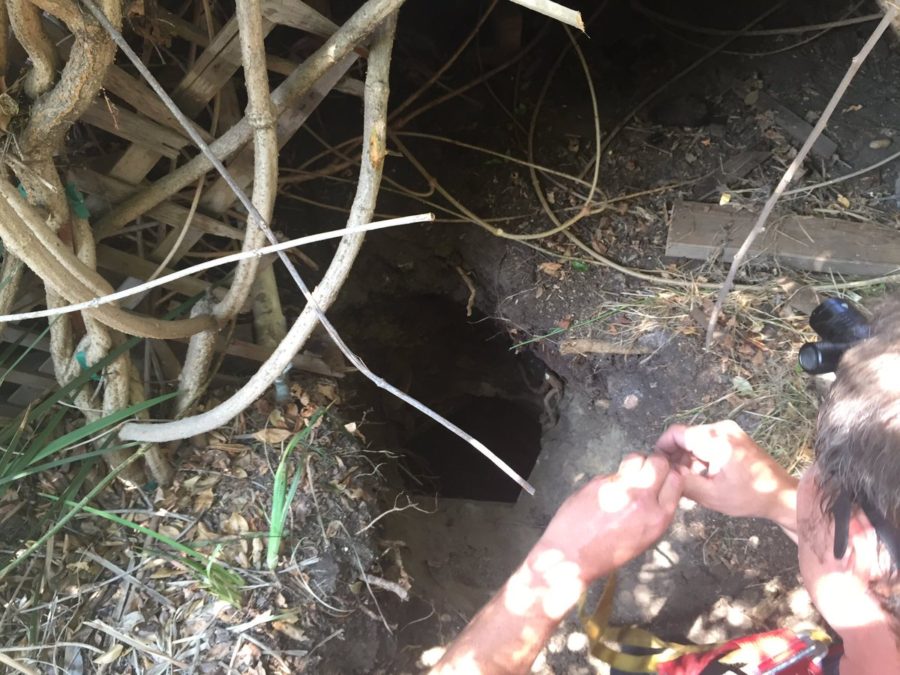 Hubbard searched for three days for her lost dog. As she was posting fliers, a neighbor asked her if she had checked the hole in her backyard. Confused, Hubbard was led to this mystery spot and discovered a ten foot hole left behind from an old septic tank. The hole was partly hidden with old leaves and dirt, but Hubbard could tell there was something living trapped inside. 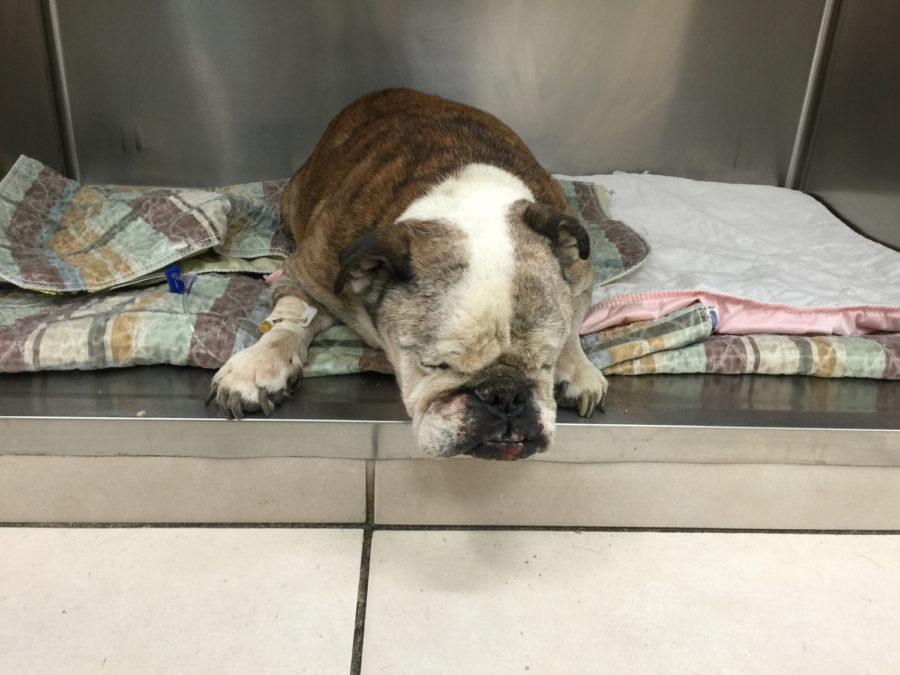 The local fire department was called and immediately began working to rescue the animal. After lowering a firefighter into the hole, Hubbard had the shock of her life as he retrieved her beloved Angus.

After a trip to the vet, Agnes was only found to be dehydrated despite being trapped for three days. Hubbard still can’t believe she found her dog alive. In fact, she told CBS Los Angeles that she believed the dog had wandered away from home to find a place to pass away. 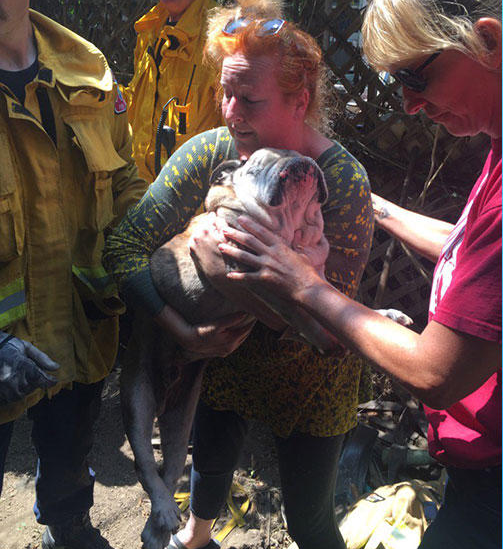 Check out the footage from the dramatic rescue in this video from CBS Los Angeles: