33-year-old Ryan Jessen thought he just had a bad migraine, but it turned out to be a ventricular brain hemorrhage. They think it was brought on by high blood pressure, and his sister explained that they believe his frequent consumption of energy drinks may have contributed.

They knew Jessen didn’t have much time left, so the family shared their goodbyes. But humans weren’t the only family members who got to say farewell; Rideout Memorial Hospital allowed Jessen’s family to bring his beloved dog Mollie in to say goodbye, so she’d know why her human never came home. 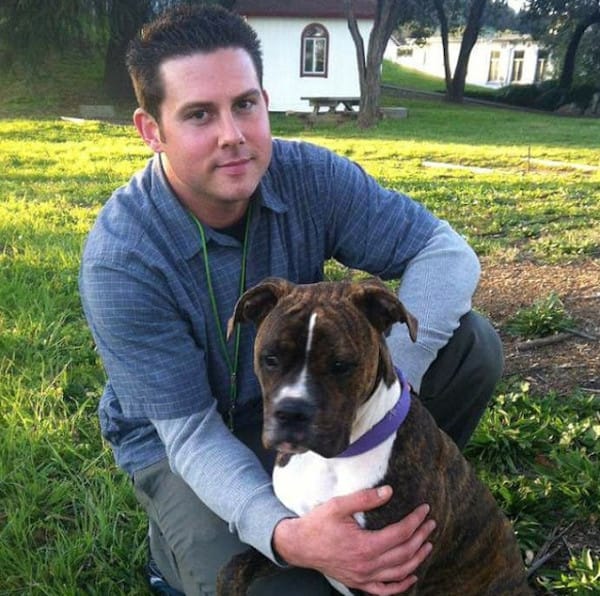 They lifted Mollie up onto his hospital bed, where she smelled him and gave him kisses. It’s always hard on our pets because they never know exactly what is going on, but I’m sure it brought comfort to her, seeing her human one more time.

Sadly, Jessen passed away on November 30, 2016. He was an organ donor, and his heart will go to a 17-year-old boy in California whose birthday is on Christmas. What an amazing birthday and Christmas gift to receive!

Jessen’s sweet pup may always wonder why he is never coming back home, but the family says they will take great care of her and will love her just as much as Jessen did.

Watch the heartbreaking goodbye in the video below: