Dog Throws A Temper Tantrum After The Cat Steals Her Bed

Cats run the world, and we’re just the suckers who pay their way – at least that’s what they think. And anyone who has owned a cat knows just how these sassy animals love to take over everything in the house like it’s theirs. And unfortunately for our dogs who share the common space, they’re often personally victimized by the cat. This means that our poor dogs will often have to put up with food being stolen, prime napping spots being taken over, and even a random right hook in the hallway when simply passing by the cat.

However, there are a few times when the dog will stand up for themselves, and one owner managed to catch their dog on camera putting up a protest after their super comfy bed got taken over by a very pushy feline. While most dogs at this point would’ve admitted defeat, this adorable pooch decided that he was going to tell everyone exactly how he felt following the coup of his bed by a cute little black and white speckled kitty who made herself right at home in the plush doggie bed.

The video begins with a black dog sitting in the corner, clearly having had his bed usurped by a cat. The owners filming are asking what is wrong as the pup just sits there, letting out a low growl.

Instead of giving up his bed and leaving, he wasn’t sure how to respond – so it would seem that temper tantrum was the next appropriate response.

The upset pooch is making a little rumbling sound as he stares at the camera like he’s asking for some back up against the family cat. As the camera moves, you get a glimpse of a little cat butt all cozy inside the bed. The owner then gently lifts the side of the dog bed to reveal the rest of the cat sleeping peacefully in the stolen bed. 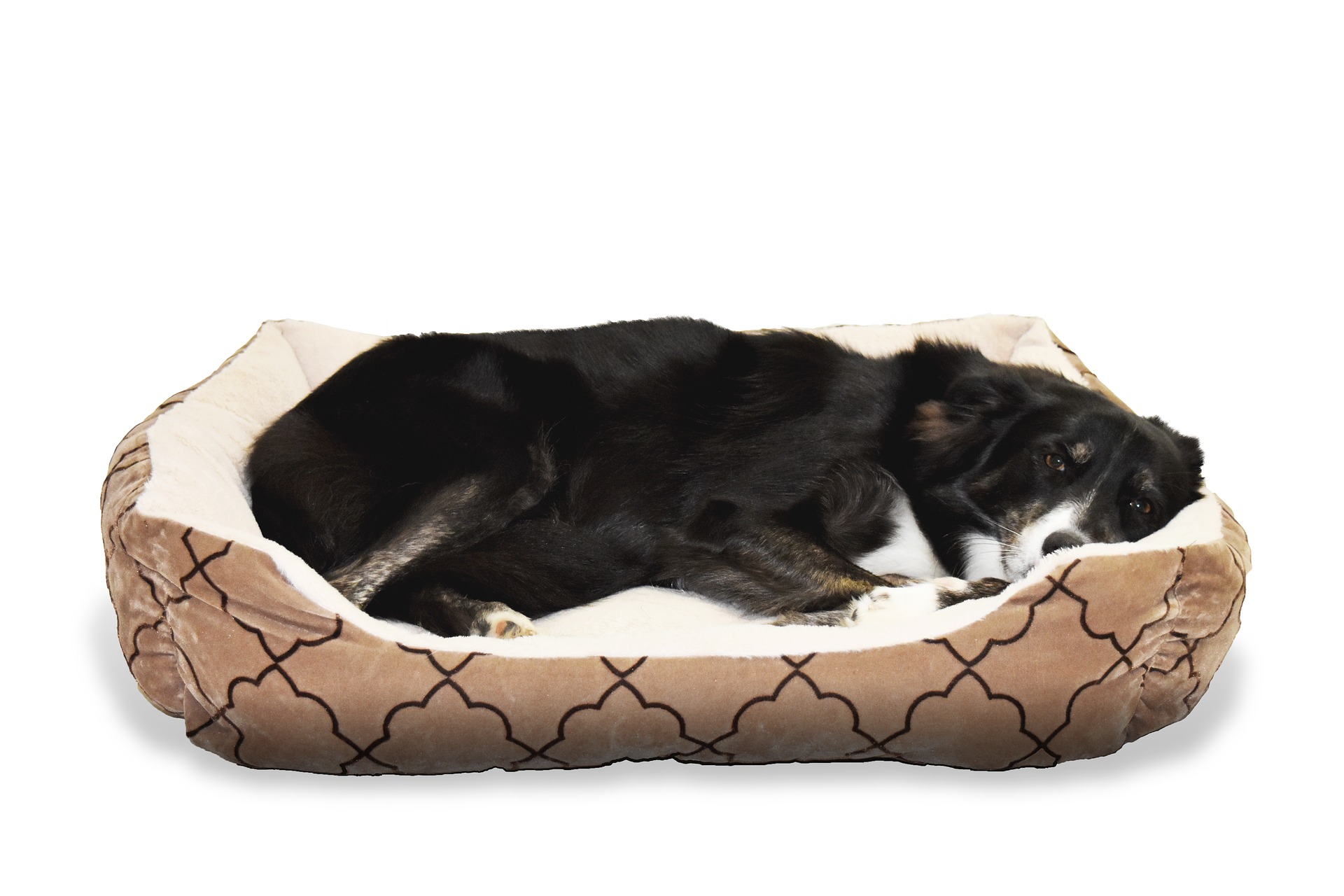 It’s clear that there will be no moving that cat despite the dog’s many protests.

Still, the dog moves closer to its bed as though hoping his vocalized unhappiness will cause the cat to move. But as the owners continue to film, they can be heard laughing in the background telling the dog, “Don’t think she cares.”

And judging from the cat’s face, nope. She definitely does not care one bit. Instead, it would seem that the cat is giving everyone in the room the stink eye.

In the end, even though the pup had a tantrum in response to his bed being taken over, it would appear that the cat won that round.