The closest I ever came to losing my dog was when she got out from the garage after my mom and I arrived home one day after school. I was like eight or nine at the time. My mom and I went out to the alleyway to frantically search for her when we realized she was missing.

Thankfully, she had gone around the block and had managed to find her way to our front porch, where we found her patiently waiting for us to open the door. Those twenty minutes were the scariest minutes of my life thinking that we’d lost our beloved pet, so I can’t imagine how it must feel for someone who has properly lost their pet. It’s got to be an incredibly helpless and terrifying feeling when your dog goes missing.

For Gary and Debbie Morgan, when their beloved golden retriever, Meadow, went missing, they were desperate. The dedicated pet parents went all over their neighborhood putting up missing dog flyers with a reward on them in hopes that it would lead to someone finding and returning Meadow to them. But luck seemed to be on their side when they received some much-needed assistance from a total stranger.

Brian James is an experienced drone pilot. And while he didn’t know the couple personally, he figured that his area of expertise could potentially help them in finding their precious Meadow. That is when Brian took his drone and decided to fly it over a wooded area close to the Morgan’s home.

While searching the area that spanned several miles of woods, Brian’s drone picked up a tiny white dot. The dot was constantly moving, giving Brian the indication that it was probably the missing pooch.

As he flew his drone closer to get a better look, he was happy to confirm that it was, indeed, Meadow. 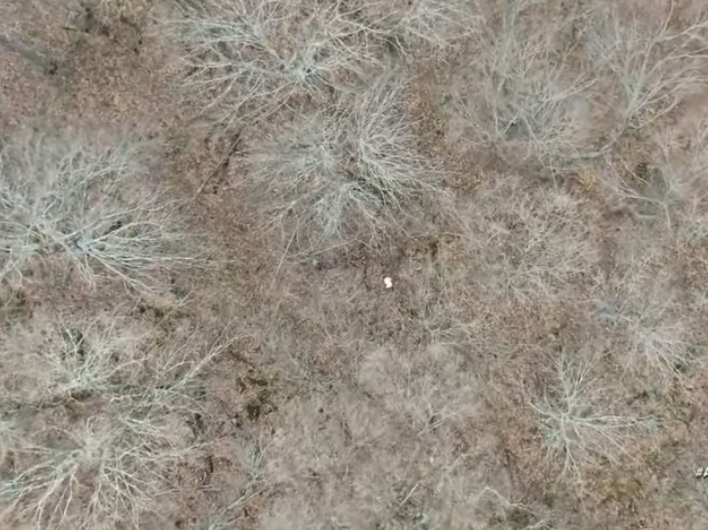 That is when he managed to get her coordinates off the drone and then drove out to locate her. At that point, Meadow had been missing for 10 days. When the canine saw someone, she was excited. She ran up to Brian with excitement and allowed him to drive her home to her family. He delivered her to her worried owners.

The couple were overcome with happiness, relief, and gratitude at seeing their beloved dog return. As Debbie explained to ABC World News in the video below, the couple were beside themselves with worry – it was the same as having lost a child. She added that they were incredibly moved by the man’s efforts to help them despite never having met them before. Debbie said, “[We] are so grateful for Brian for showing up when he did and being able to rescue her.”

Gary was also quite grateful, noting that Meadow isn’t one to readily get in the car. That just adds to the luck of the situation, that the pooch was more than happy to get rescued by a total stranger. As for Brian, he shared his motivation behind his actions. And they were definitely nothing short of noble. He didn’t do it for any other reason than it being the right thing to do. As he explained, “Everybody’s got the capability to help. You never know what will come of it.” 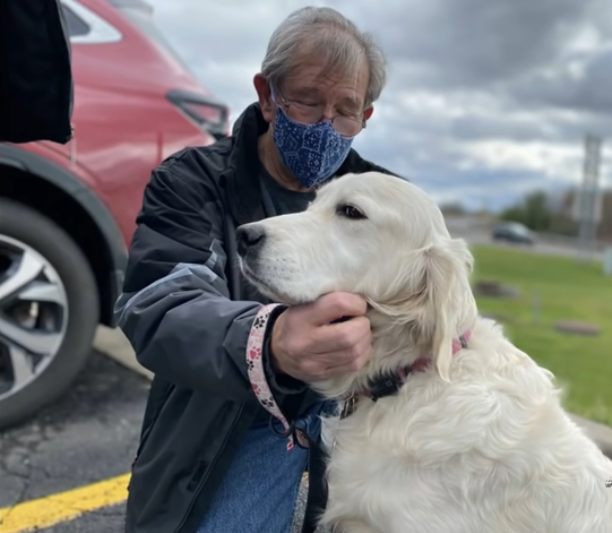 And that is just beautiful. Read Brian’s account of the story here, and check out the video below:

What do you think of Brian’s actions? Let us know!