I’m sure that most of us would agree that dogs are amazing to have in the family. From the moment that you bring them into your home, we couldn’t imagine life being any different.

Unfortunately, not everybody shares those feelings and, at times, we may hear about something that is not only alarming, but it’s also downright repulsive.

Such an event recently happened in Detroit, Michigan. A malnourished dog was found in the trashcan after being abandoned in Detroit. The Michigan Humane Society is now looking for help from the public to find out what happened.

Investigators from the Michigan Humane Society were alerted to the possibility of the skinny dog being in a trashcan. A concerned citizen had called it in after finding the dog around 7 Mile and Southfield Road on Tuesday.

Thankfully, the dog was rescued and is now being cared for by professionals. The bad news is, she had recently given birth to a litter of puppies and they can’t find them.

The Michigan Humane Society feels that she could be from anywhere, even though she was found in a Detroit trashcan.

Woman Adopts A Dog To Save Him From China's Dog Meat Trade. Then She Goes Back To Rescue The Whole Pound: Click “Next” below! 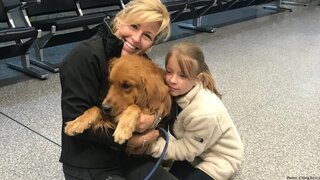 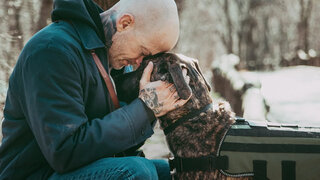 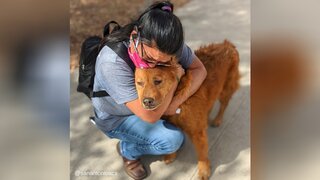