Most of us could not imagine living life without a dog in our home. We do everything we can to take care of them, but unfortunately, not everyone feels the same way about our furry friends.

That includes a dog they are naming Champi, who was covered in coal tar and debris and found stuck to the pavement. She couldn’t move, but a PETA-supported animal relief organization, Animal Rahat, stepped in to help.

Champi was in bad shape and so full of tar, it took them 4 days to clean her up. A lot of coconut and vegetable oil was used to keep her skin moist and to remove as much pain from the process as possible.

According to a video from Animal Rahat, “Champi must have been so uncomfortable, but she was brave through it all.”

In the video, you can see Champi covered in tar and debris, barely able to move but being transformed into a very playful dog. Her skin healed over time and now she has a beautiful coat of white and brown. 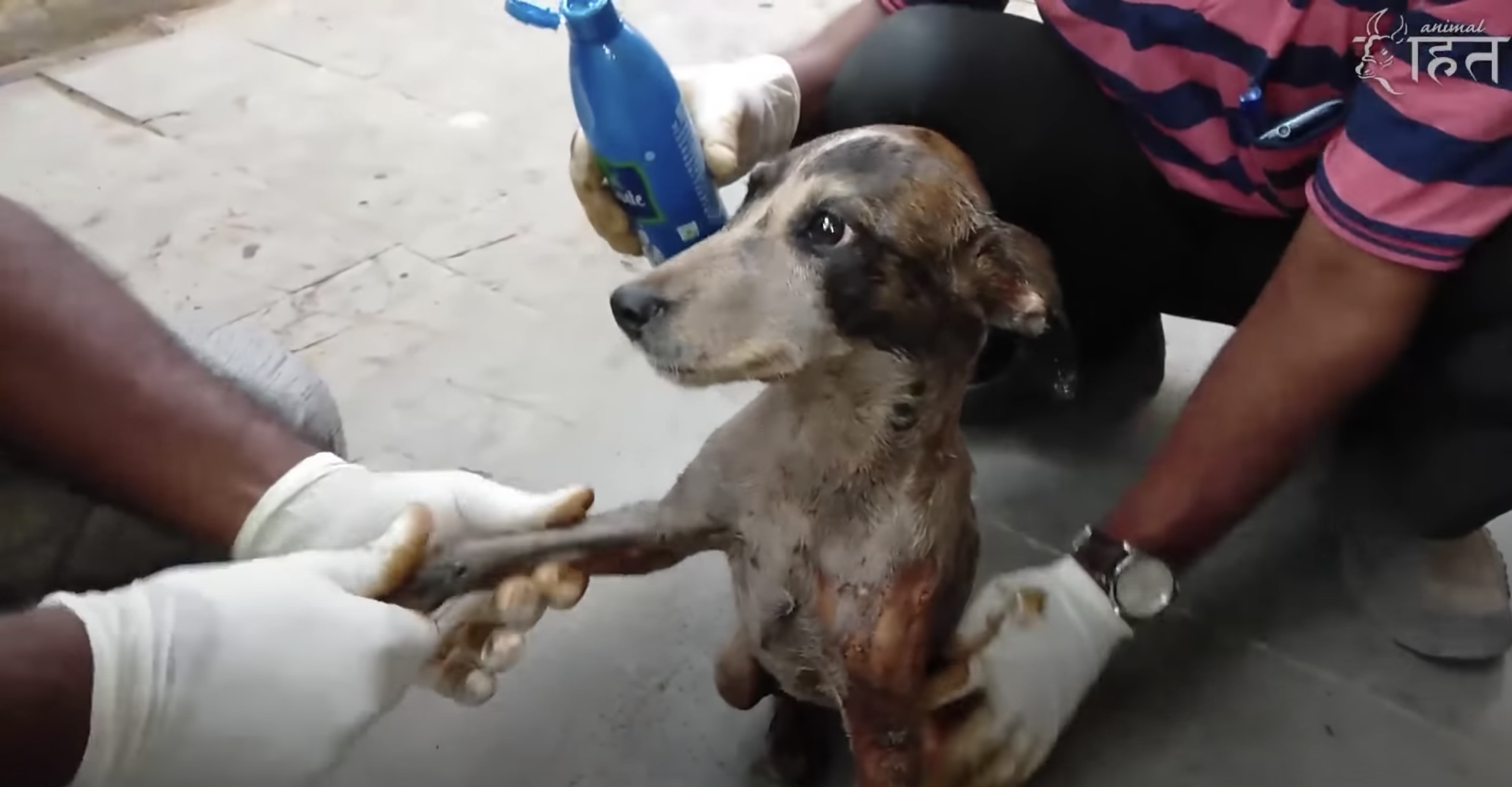 One of her rescuers took her in and she now is surrounded by animals that provide plenty of love.

“Despite the ordeal, her sweet and playful personality began to shine through, and when she was finally tar-free, one of her rescuers made her part of his family,” Animal Rahat said in the video description. “Now, her fur has grown back and she spends her days running in the fields at her new home and playing with her animal friends, including some rescued chickens.”

“Nothing can hold her back from living her best life,” the video text added