When Asa, a foster mom in New York City, first met Kona, the rescued dog was a new mom with three puppies. But when Kona’s puppies found new families, Asa adopted the mama dog, and it turned out to be the best decision of her life.

According to Love Meow, Kona has played an instrumental role in helping Asa foster other rescues. Many stray and feral animals arrive in foster care terrified of people, but this sweet girl knows how to help everyone relax. And although Kona is a dog, this intuitive pet has a particular way with kittens. 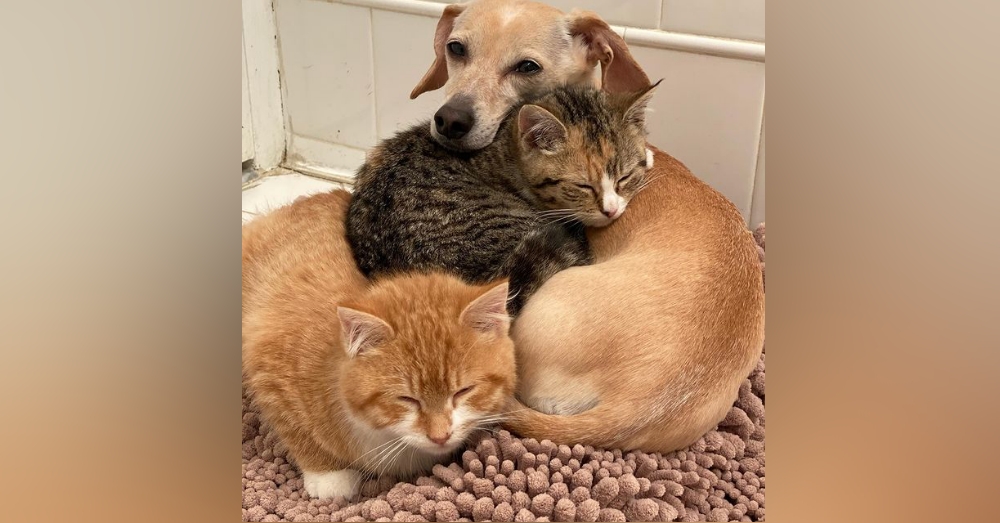 Kona loving fostering kittens so much that after her rescues get adopted, the mama dog even gets a bit glum. “After three days of seeing sad little Kona moping around, we finally got to turn her frown upside down,” Asa told Love Meow, recalling how she jumped at the chance to foster Chester and Blair, two 10-12 week kittens desperate for foster homes. 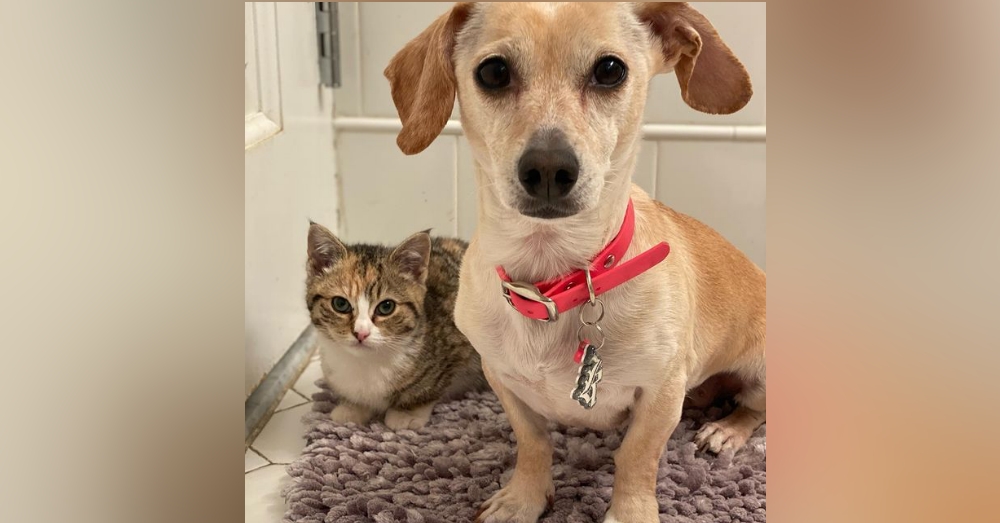 According to Love Meow, the kittens had been rescued from the same backyard in NYC. But this didn’t mean the kittens were used to being around people. Blair was painfully shy when she arrived at Asa’s house, but Kona helped the baby Torbie’s confidence grow with comfort, grooming, and snuggles. Before long, this timid girl was happily purring. 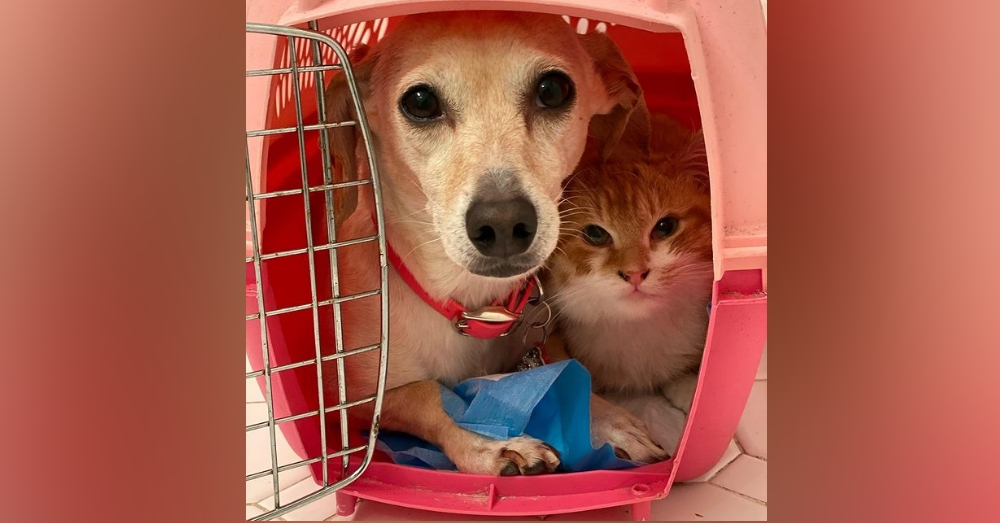 When Blair’s brother, Chester, arrived the next day, the equally shy orange kitten didn’t want to leave his crate. But Kona knew what to do. The dog walked right inside Chester’s crate and began to cuddle the frightened kitten. With Kona’s encouragement, Chester and Blair only continue to grow healthy and braver each day. With Kona’s encouragement, these timid siblings will even bravely approach their foster mom for treats.

“I have no idea how Kona keeps winning these kittens over,” said Asa. “She’s got the magic touch.”