How One Big-hearted Pitbull Mix Managed to Mother 100 Kittens

There’s that old idea that cats and dogs don’t get along, but one 12-year-old Pitbull mix named Zuca is putting such conventional wisdom to shame.

According to Love Meow, a very pregnant Zuca was picked up by Animal Control as she roamed the streets of downtown Portland, then delivered her puppies in foster care. They were quickly weaned and redistributed to regular homes, but their long-suffering mother was left looking for her forever home — until a woman named Ronda came across Zuca’s picture online.

“I remember seeing her for the first time,” Ronda recalled to Love Meow, describing how all the other kennel dogs were “going crazy” while mild-mannered Zuca sat there peacefully wagging her tail. Zuca’s laid-back demeanor further endeared her to Ronda’s cats, who generally approach dogs — particularly dogs of Zuca’s size — with extreme caution. 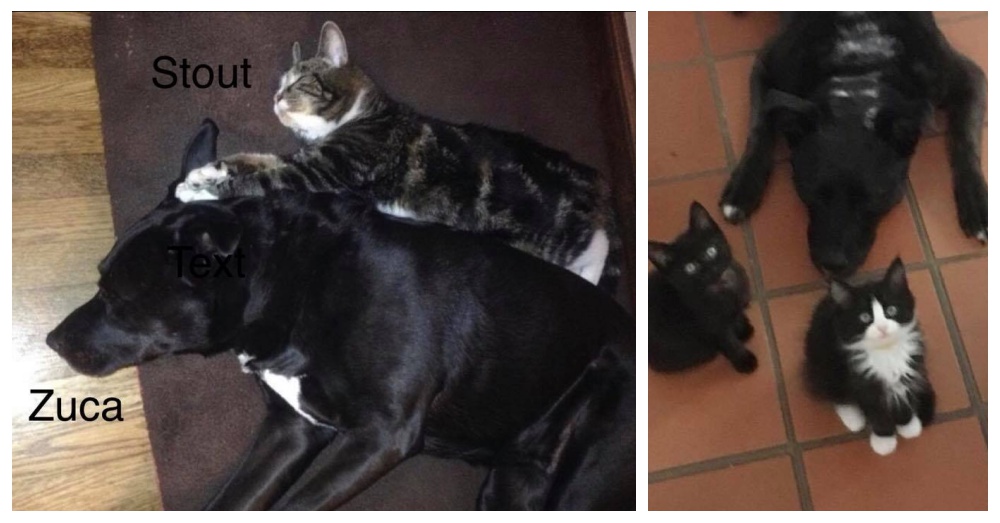 Zuca’s calmness earned her respect within Ronda’s feline tribe, in particular from a cat named Stout. For the next couple of years, this odd couple would remain the best of friends, so much so that Zuca grew seriously depressed when Stout finally passed away. That’s when Ronda started thinking about fostering again, although the idea of a 50-pound pitbull mixing with baby kittens initially gave her pause. 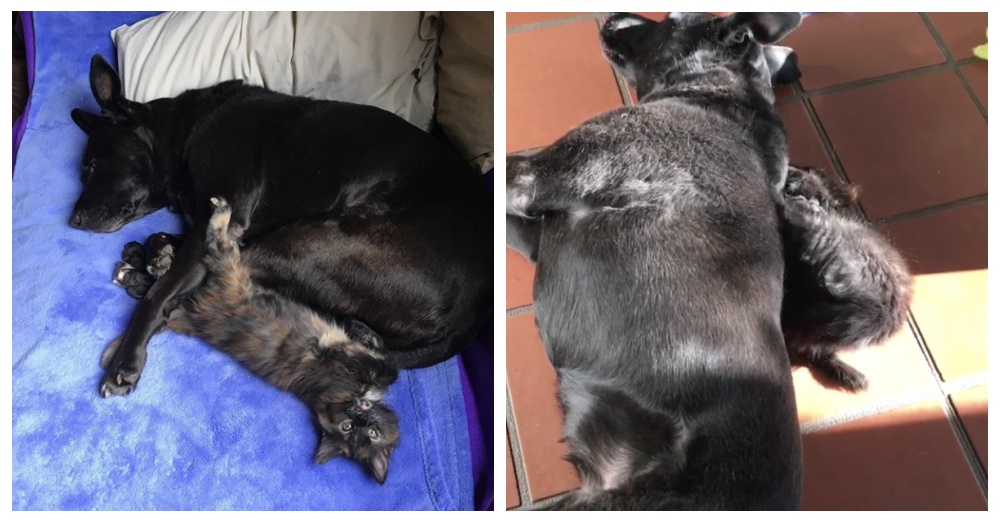 Three years later, Ronda and Zuca have gone on to foster over 100 kittens, with plans to take in another 20 this Spring.”The thing I find most interesting about Zuca is that she seems to know exactly what each kitten needs when they need it,” Rhonda said, noting that Zuca allows the kittens crawl all over and even bite her, then licks their faces clean after dinner.

Regardless, living with dogs is great exposure for young felines who might move ultimately move into a co-ed feline/canine home; potential rescuers love that Ronda’s foster kittens have spent valuable time with a dog. See the video below for a hilarious video of Zuca’s interactions with Monkey, the first kitten that Zuca ever fostered.

Click ‘Next’ for tips on how to help your cats and dogs get along!