There is a reason why dogs are called “man’s best friend.” Our dogs are extremely loyal, and they will do anything for us, including following our ambulance all the way to the hospital. That is exactly what one dog did in a very heartwarming video.

Anderson Bahi is making his way home one evening when he saw a very unique sight on the road. There was an ambulance across the way, attending an emergency call. Not far off from the vehicle was a very scared little pooch. She was worried about her owner.

Eventually, the owner was loaded up into the ambulance. The dog immediately jumped onto the back of the vehicle insistent that she join her owner wherever they were going to take her.

As Anderson shared with The Dodo, he stopped to observe the scene. That is when he noticed that the adorable little pup gets up on the back of the ambulance, desperate to get inside. She doesn’t want to be without her owner! That is pure loyalty at it’s finest. Eventually, the little dog is allowed inside.

Bahi was touched by the display of love and loyalty shown by the little dog. There was no denying that this pooch was a real friend to her owner. Bahi called it “something special,” and I think we can all agree it certainly is. Anyone lucky enough to have a dog knows just how deep these bonds run. Sometimes we really don’t deserve the dogs that love us so much. 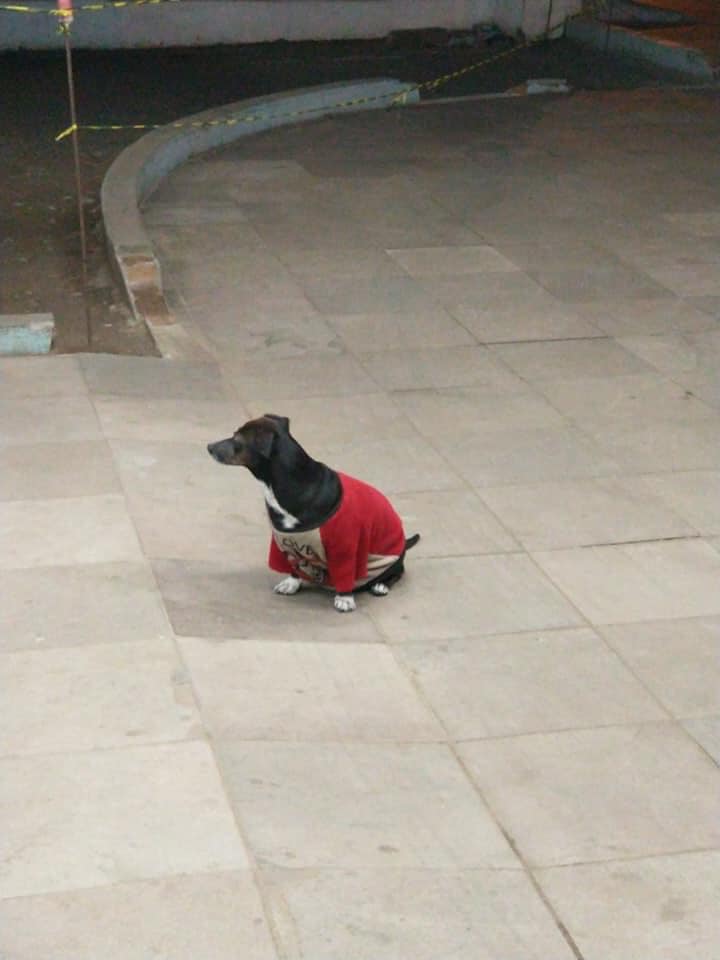 The dog was able to ride to the hospital with her owner, and once the duo arrived, the dog patiently waited outside while her owner was taken in for care.

The sweet pup remained steadfast in her devotion, holding a vigil outside the hospital’s main entrance for her owner to appear. Luckily, the wait wasn’t long. The owner was discharged not long after being admitted. But before that, his family arrived on the scene in order to care for the concerned canine and take her home, along with her owner.

It didn’t take long for news of the dog’s personal vigil to make its way around, eventually getting the attention of Maria Lúcia Muniz. Muniz, a local dog rescuer, immediately went over to the hospital to see if there was anything that she could do to help the dog’s situation, but luckily that was not necessary as the owner was only in the hospital for 45 minutes. However, she did witness firsthand the dog’s patience as she waited outside, something that she could only describe as “emotional.”

And after watching the video below, you can see why: