With the way that this year is going, we are all struggling to stay chill – a feat that is easier said than done. But now we have a relaxed goal to aspire to: a golden retriever chilling on some pool noodles. Now that is truly the chill that we all want to be.

The adorable golden retriever was caught living his best life outside in the pool. He figured out that if he gets on top of several pool noodles he can easily just float through the water without a care in the world.

In fact, he’s so chilled out that he isn’t even bothered by a large beach ball that ends up floating his way. He just ignores it. If only we could all be this calm about everything. This dog has definitely ascended to a state of nirvana the way he doesn’t seem to show a care in the world. 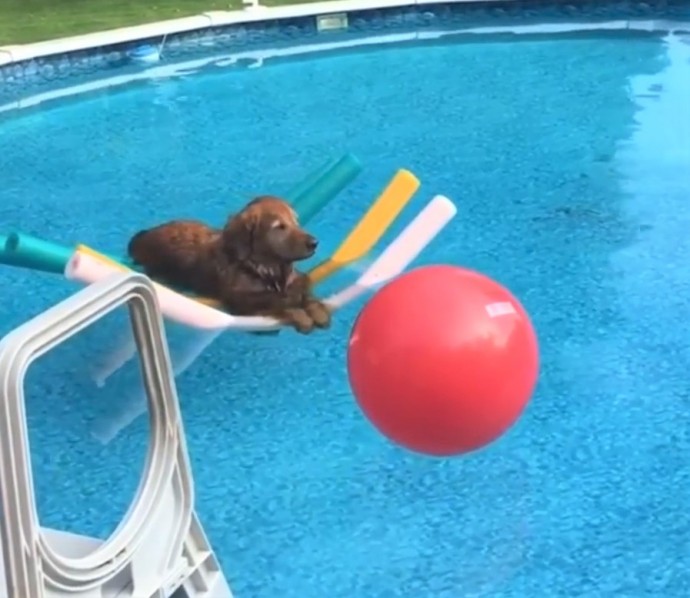 People on social media can’t get over how calm he is. There were many people leaving comments on the video, mostly about how unbelievably calm the dog was. There was one person who pointed out that they also had a golden retriever and could totally see their dog doing something similar. A lot of other people were impressed by the fact that the clever pooch had figured out how to make himself a floatation device. 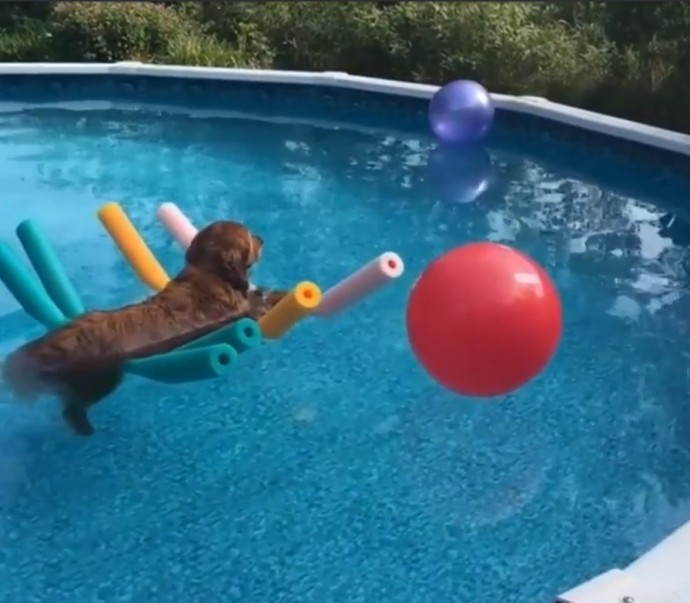 It’s the perfect example of the kind of summer life we should be living. It makes us a little jealous, not going to lie. We all need to aspire to this level of calm. Watch the chilled out pupper enjoy his pool time in the clip below: