Hope For Paws, an animal rescue organization, received a call about a pit bull who was found hiding under someone’s car.

Volunteers arrived at the scene to try and help the dog. They put a little plastic fence around the car so they could make sure the dog couldn’t run away while they were trying to catch him. 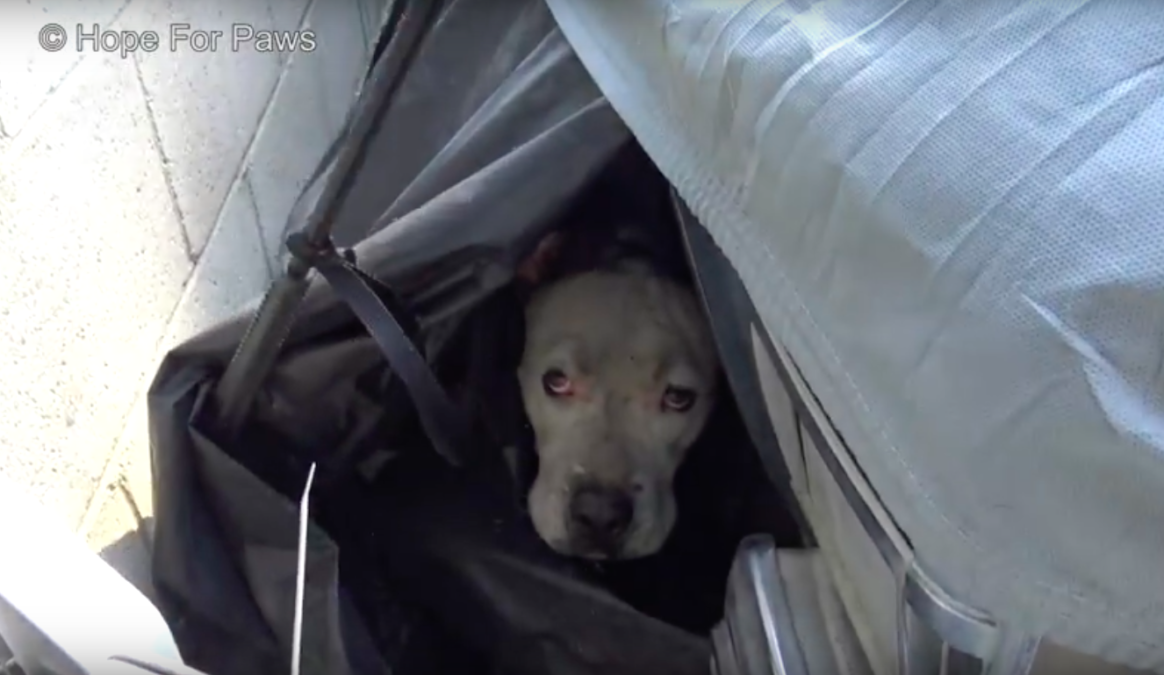 The poor dog was so afraid that he growled at his rescuers when they approached him. He was so nervous that he didn’t even accept the food that they were trying to give him. The frightened dog didn’t understand that these people were there to help him, not hurt him. But the rescuers refused to give up.

They reached behind the car and were finally able to get ahold of the dog. They slowly led him out of his hiding place. Now it was time to gain his trust. First, the rescuer used a towel to pet the dog with, just in case he was going to be aggressive. But the dog seemed to be very friendly so he then pet him with his hand. 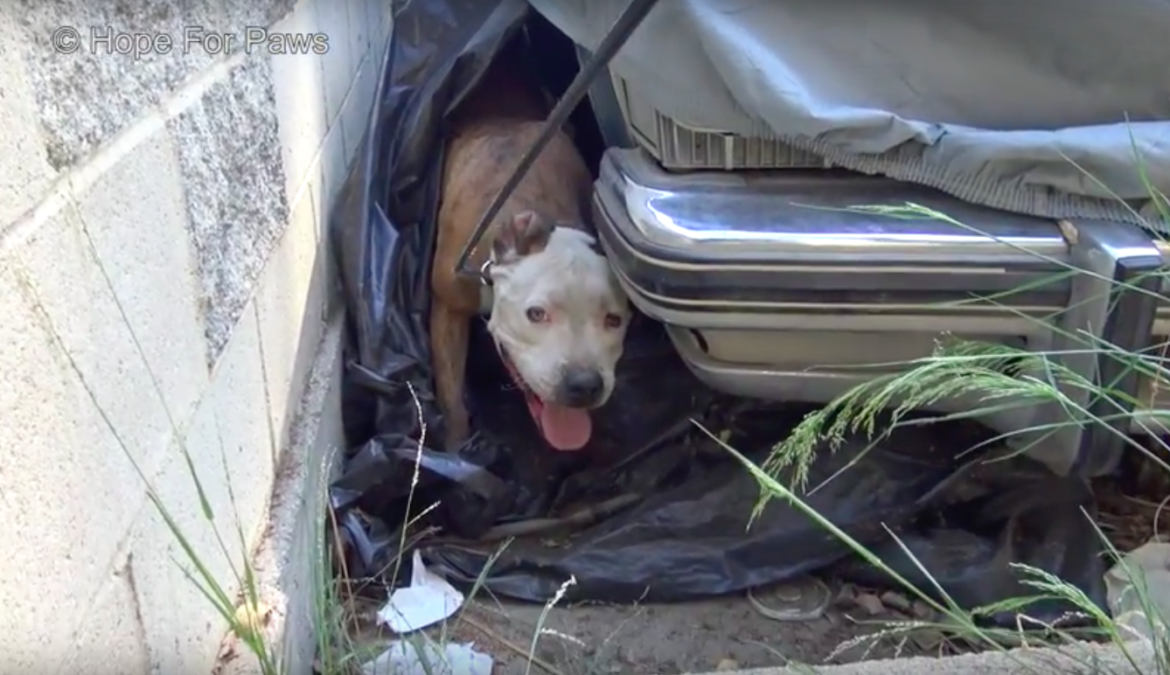 They scanned him for a microchip, and luckily he had one that was registered! They called up his family who was so relieved to hear that he had been found. The dog, named Boy, ran away from home because he was spooked from the fireworks. 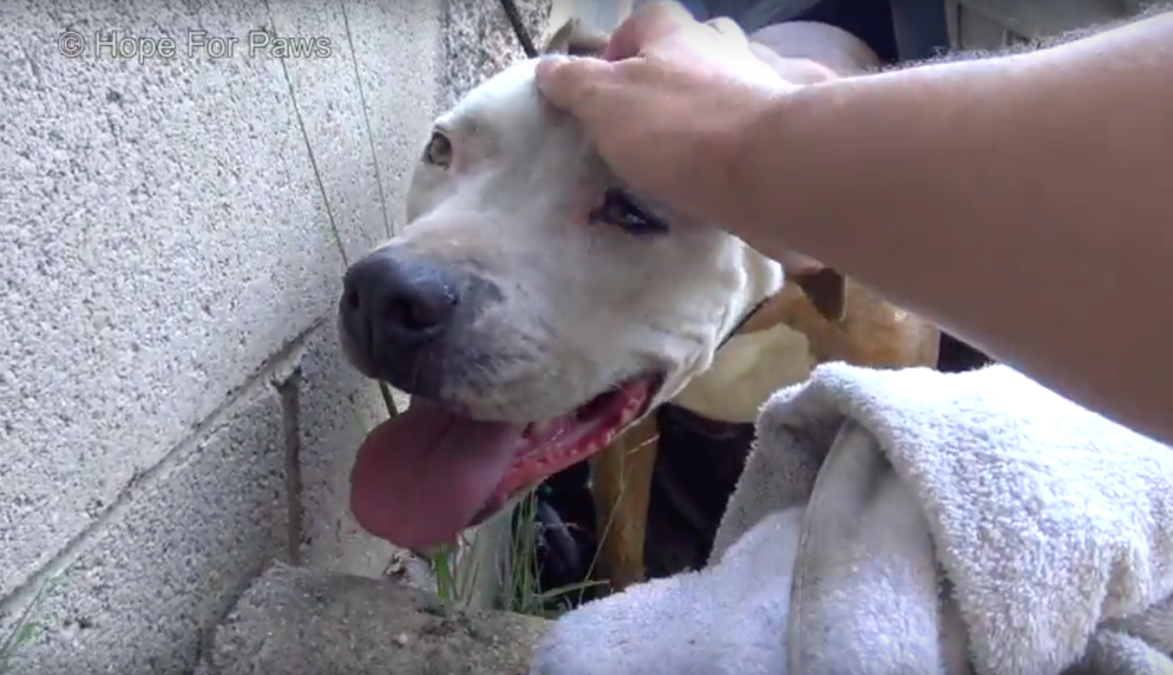 Boy’s rescuers arranged a reunion with his family and it was so heartwarming to see! Boy jumped all over them, wagged his tail and gave out lots of kisses. He was so happy to see his humans again, and they were ecstatic to have their beloved furbaby back. 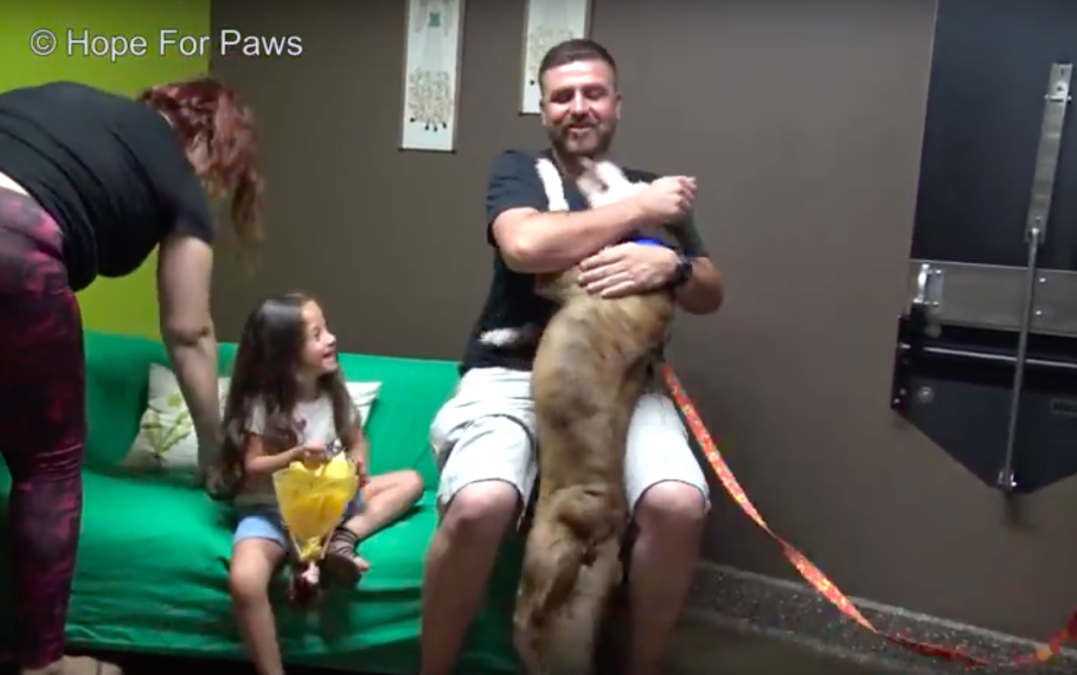 Every year, thousands of pets go missing because of fireworks, with the fourth of July being the day that the most dogs run away. It’s very important to take extra steps to ensure your pets safety. Make sure to keep them indoors where they are safe and also make sure that they’re wearing proper identification just in case they do get out.

The best way to keep your dog calm is to talk to them in a soothing voice. Some vets recommend medication to ease their anxiety, while some suggest using a thundershirt to calm your dog during the fireworks.