The kindness of dogs never ceases to amaze me. Even though they’re animals, many of them prove that they’re capable of more compassion than some humans. One adorable pup named Tucker is no exception.

The sweet little pooch is very caring towards his family, who also includes his favorite stuffed toy, Lamb Chop. The plushie goes everywhere with him. He even cares for it as though it is his own puppy. 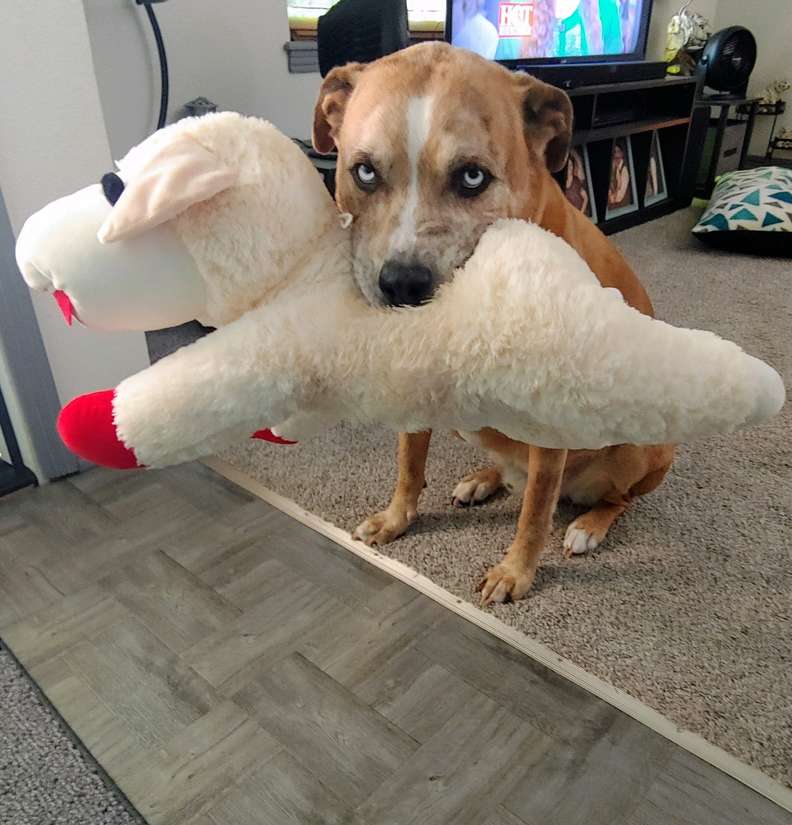 Tucker’s owner, Katelyn Buckley, shared with The Dodo that he likes to eat with his toy. But Tucker’s definition of eating with Lamb Chop is quite literal. The doting dog will actually place his toy in the food bowl in order to make sure that it eats too!

Is that not just the sweetest gesture ever? Katelyn was very moved by her dog’s show of empathy that she made a video of it and then shared it to TikTok. The video was a hit and became quite popular. We can understand exactly why – it’s not every day that you see a dog showing such love and devotion for a toy. But to Tucker, Lamb Chop is so much more than a toy, it’s family.

Watch how well he takes care of Lamb Chop in the video below: