It must be so exhausting being so cute. At least that’s the only explanation for why Dan Dan fell asleep in the car. The adorable photos of the sleeping Samoyed were taken by the dog’s owner in Chengdu, a city located in southwestern China.

There was even a video of the little four-year-old Dan Dan as he started to dose. And the footage is absolutely heartwarming!

Dan Dan’s owner had been on a little outing during a national holiday in China which is an 8-day celebration that coincided with the Autumn Festival. This was one of the first holidays that they’ve been able to enjoy since China has claimed to have gotten a handle on their COVID-19 outbreak. 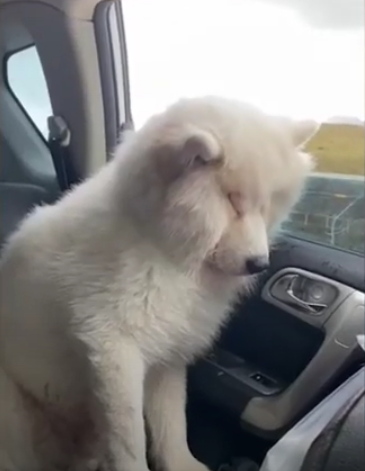 The woman, her husband, and Dan Dan were definitely enjoying their break, but it would seem that the pooch really went all out based on how sleepy he was in the video.

Dan Dan’s owner shared the video of the sleepy pooch on the Chinese version of TikTok, which is called Douyin. It quickly accumulated a lot of views as well as plenty of comments.

One person suggested that the owner put something under his head to make him more comfortable, while another person made a pun about him being “dog tired.” Clever.

We just can’t get over how adorable the little white floof looks as he’s falling asleep in the car.

Check out the footage below: