Most employees who get named ’employee of the month’ are humans. However, at Accuride, a manufacturing and hardware company, their “employee of the quarter” is actually a dog.

Meeka the dog has actually been the employee of the quarter for four straight quarters because her owner works from home, therefore she’s eligible for the award.

so my dad works from home, and my dog always "goes to work" with him, and this just happened pic.twitter.com/yQkFjtZolG

Meeka’s owner, Michael Reeg, is a distribution sales manager with Accuride. As he told the Dodo, the pictures of Meeka’s award made the viral rounds on Twitter after his daughter posted photos. But the award is merit-based so Meeka does deserve it since she pulls her weight in the office.

my dad kept the tradition going… Meeka for employee of the quarter… every quarter pic.twitter.com/PkJZhxUc9O

Reeg said, “There are times that I’ll even talk to her as I work through a problem or map out a customer solution. I try out my sales pitches and presentations on her. She’s not easily impressed or swayed. All she hears is ‘blah, blah, blah, Meeka’—but she likes to hear my voice and I love that she pays attention. Having her in my office all day is something that we both look forward to.”

And Accuride the company is also onboard with Meeka’s award eligibility since a spokesperson for the company said, “Meeka is an outstanding support to Michael and his work. Dogs are the best.”

Watch a Dog Turn into the Most Adorable Boat Horn You'll Ever See: Click “Next” below! 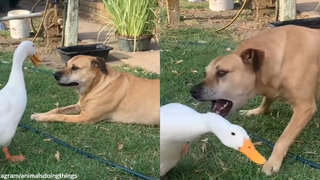 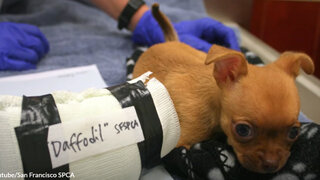 Daffodil’s Family Rejected Her for Being Born Without Front Legs