‘My dog ate my homework’ is the oldest excuse in the book. But sometimes, the dog ends up just eating the book, and that’s when it goes viral.

One guy went to school early one morning, leaving his dog behind at home until he came home. His dog rev, apparently had other plans while his owner was away in class.

Rev decided to work out his frustrations in a very ironic manner. Most dogs when they’re bored, they will often get into mischief which often results in items getting torn up. Like most bored dogs, Rev decided he was going to shred some books. 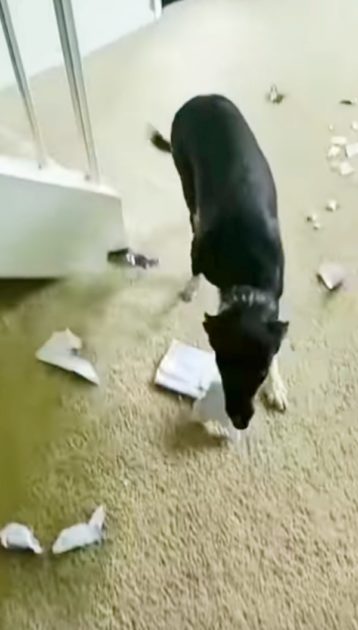 When Rev’s owner got home he was immediately greeted by the carnage. And like most modern-day pet parents, he got out his phone to record photographic evidence.

The footage shows that Rev had decided to go ham on one book in particular called, “Guide to a Well-Behaved Dog.” 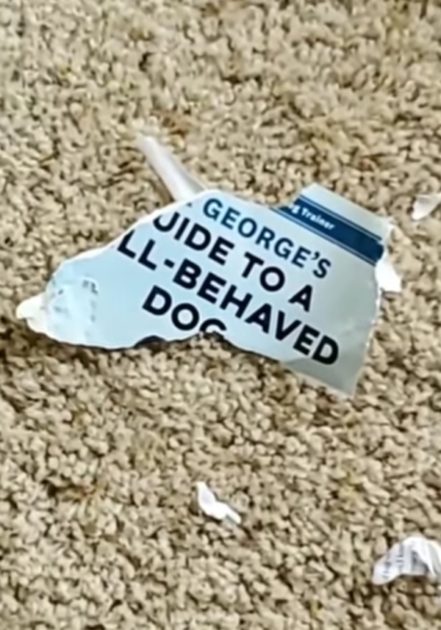 Rev’s owner revealed that Rev wasn’t happy about not being able to go to the dog park until he got home. As a result, we can assume that Rev won’t be getting obedience lessons until his owner replaces that book.