Dogs seem to be going wild behind the wheel as recently, a dog in a shopping center in China, accidentally drove its owner’s car straight into a pond after bumping the car’s gear.

The incident was caught on camera, and in the footage, a white SUV is seen parked. The car, which belongs to Mr. Jia, is pretty inconspicuous in the parking lot – until it begins to roll forward.

The movement doesn’t end until it ends up in the middle of a pond, with the trunk opening up.

An amused Mr. Jia is seen walking into the frame, with his shopping bags in his hand. 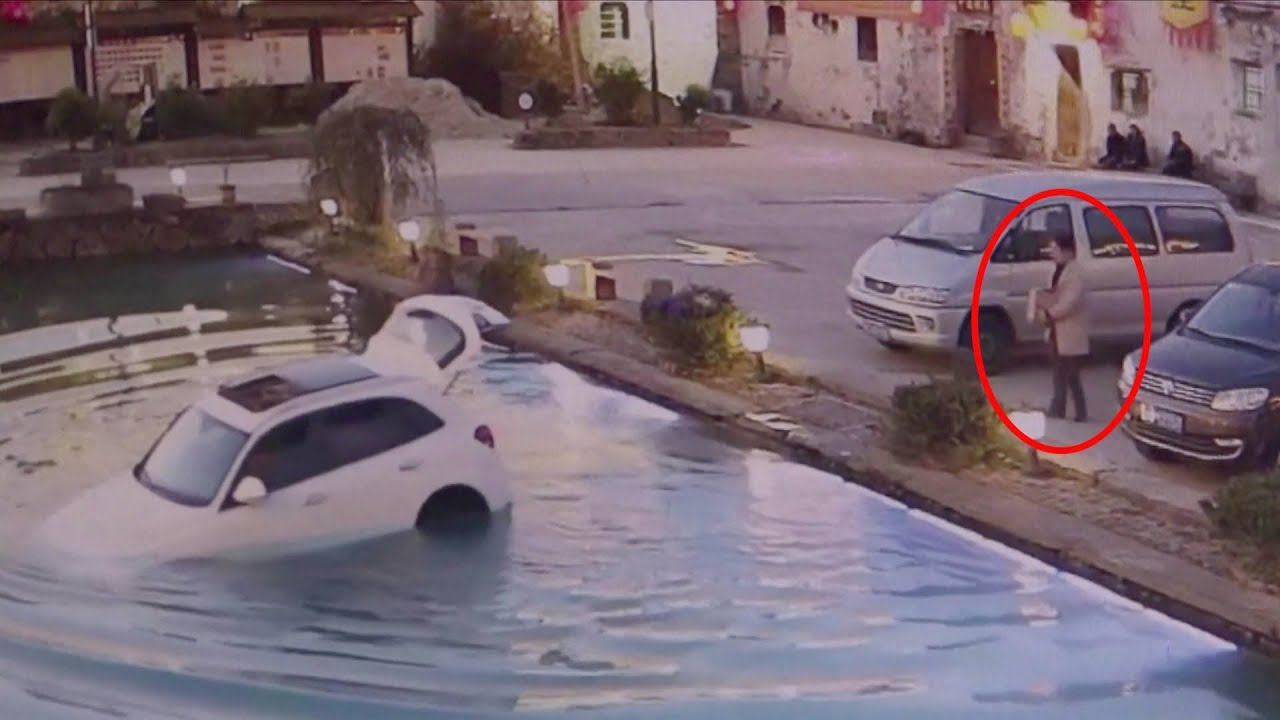 The man can only watch as his car, along with his dog in the front driver’s seat, goes rolling away from him.

Mr. Jia said, “I was preparing to leave but realized I had left my wallet and a box of products behind. I opened my boot so I could load the goods when I came back. While I was walking back, my dog saw me and jumped up because it was very excited. It somehow shifted my car into gear and drove it into the pond. After the car was driven into the pond, nearby villagers helped save my dog. I’m very grateful to them.”

Following the events in the footage, someone else is seen putting down a plank of wood as a makeshift bridge in order to help rescue the dog.
This is very similar to the previous incident this year when a dog took his owner’s car for a spin in Florida.

The Labrador ended up doing donuts in his owner’s car for nearly an hour – and in that time managed to take out a mailbox and part of a brick wall before the joyride finally came to an end.

These dogs are getting too good behind the wheel for their own good.