Cara Wohr of Lake Dallas, Texas was reading in her bedroom on a hot summer day – when she heard some commotion from the other room.

At first she just dismissed it because she lives with five dogs – so a little noise is expected. However, when Baloo, her 5-month-old Border Collie, continued to bark she went to investigate. Baloo, like the character in The Jungle Book, is a fun-loving dog. His goofball personality tends to lead him into trouble. 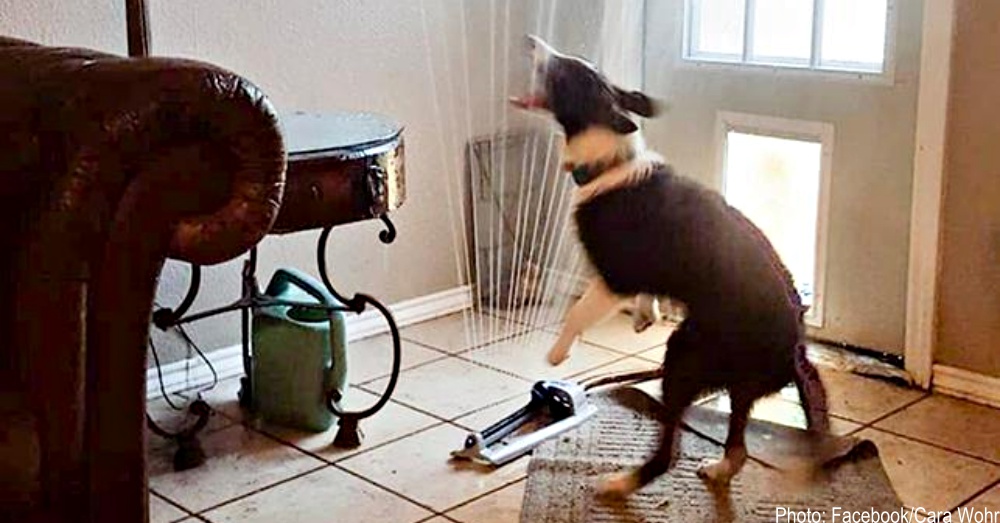 “That’s when I had that moment of shock and disbelief as I saw my living room being watered down with the sprinkler,” Wohr told The DoDo. Baloo managed to drag the sprinkler into the living room through the doggy door. He created his own inside water park, and looked rather proud of himself. 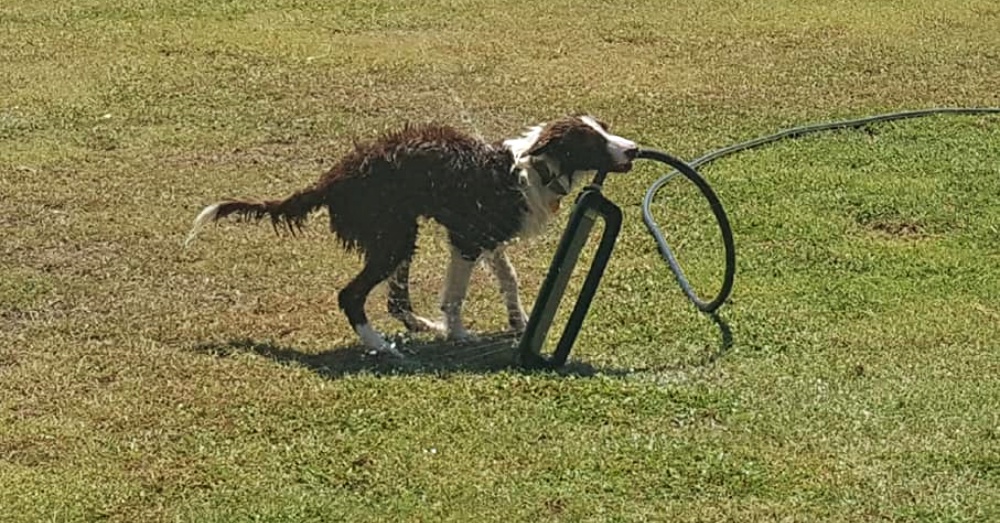 “Since I already had my phone in hand I got a burst shot of the situation before tossing the sprinkler back out through the doggy door.” The sprinkler had caused quite a mess. With the short time it was inside, it managed to soak everything in the living room. Five towels and hours of the hot air from outside coming in, things started to dry out. 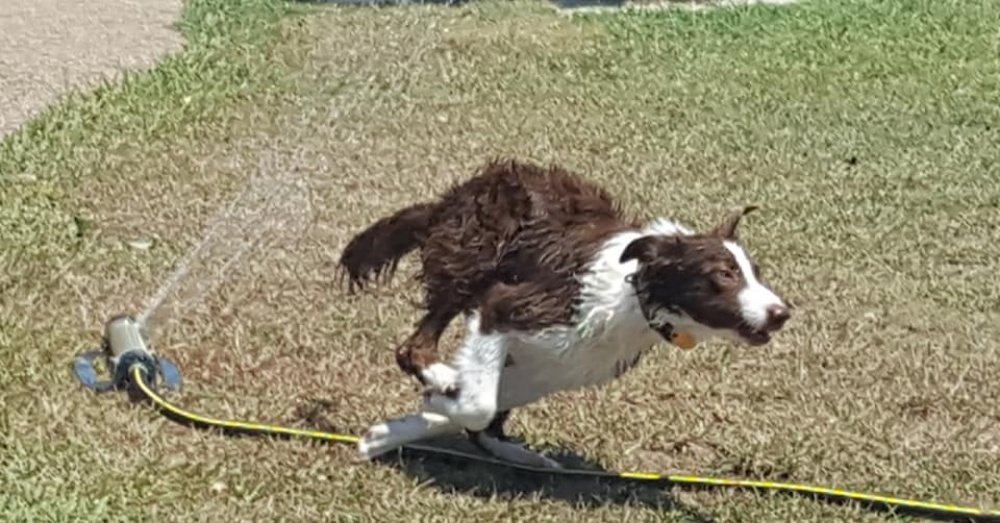 Baloo has always loved sprinklers and playing in them to cool off. Wohr never imagined he would bring his favorite toy into the house. “He moves [the sprinkler], readjusts the settings and I have to constantly fix it. He absolutely loves it! The only way to get him off is to shut the sprinkler off. Then he paws at it and whimpers trying to restart it.” 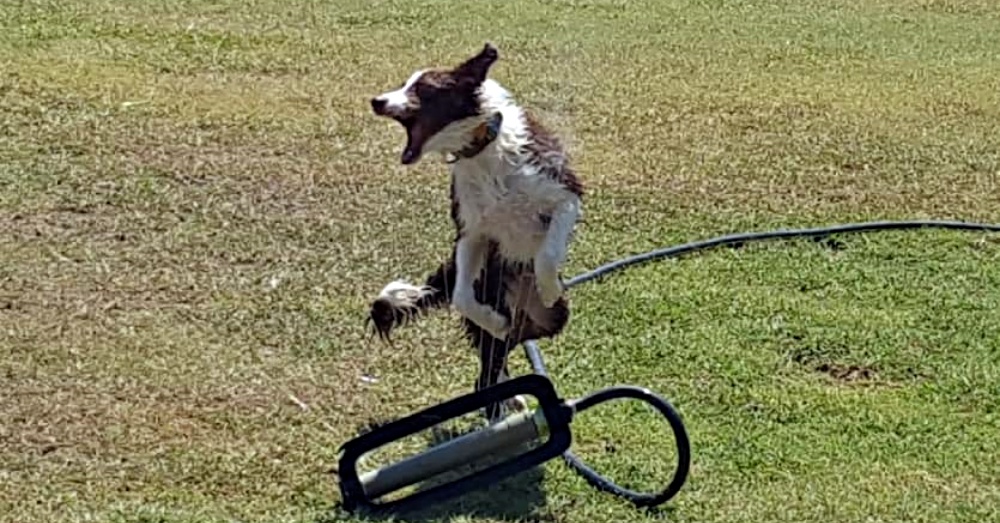 As the temperatures continue to rise, Baloo enjoys the cold stream of water from the sprinkler. He loves to run through the water, try to catch the stream in his mouth, and just sit and let it cool him off. The playful pup and his sprinkler antic have gone viral since his mom shared a photo on Facebook.

Hopefully, all the water fun will remain outdoors. Wohr states, “He is so funny and a joy to watch. I don’t think he’s going to get tired of the sprinkler anytime soon!”

Husky Steals Treat From Brother In Hilarious Video: Click “Next” below!