Horrific Video Of Chinese Man Dragging A Dog Behind His Scooter

Onlookers were outraged and could not believe their eyes when they saw a Chinese man dragging his dog behind his scooter in Shantou city, Guangdong province.

The video released by iFeng news, shows the abuser riding down the street in city centre dragging a small dog behind his scooter. A couple riding on a scooter next to the abuser is seen talking to him and pointing at the dog. The man casually looks back at the dog, but continues dragging him. The poor dog is attached to the rear of the scooter by a leash, and that is attached to a collar on the dog’s neck. 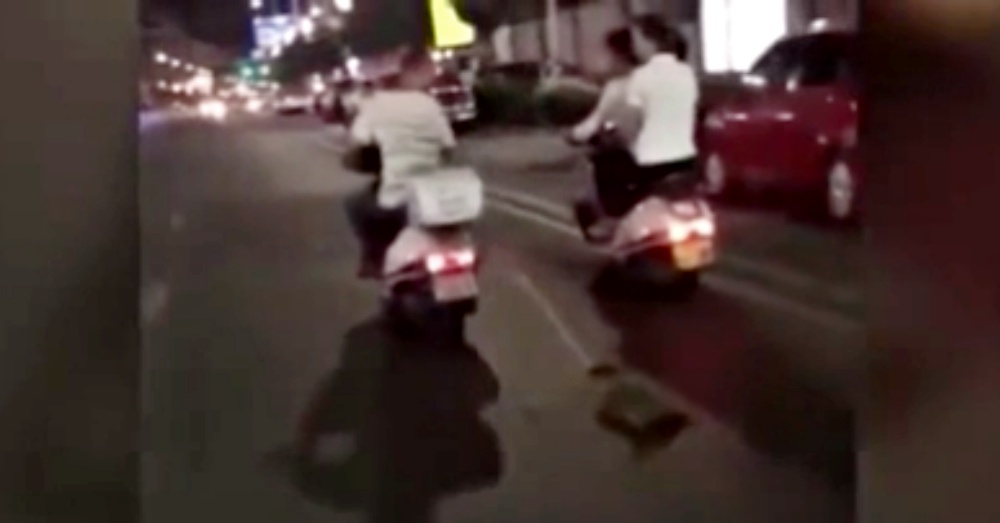 Finally, a bystander convinces the man to stop his scooter. They offer to buy the dog to save its life according to Kan Kan News. The abuser agrees. The video shows the new owner hovering over the scared dog after he is finally released from the back of the scooter. There was a trail of blood on the road.

One onlooker stated, “Even if you don’t love animals, you shouldn’t torture and hurt them.” Another said, “Please treat all lives with respect – animals included.” 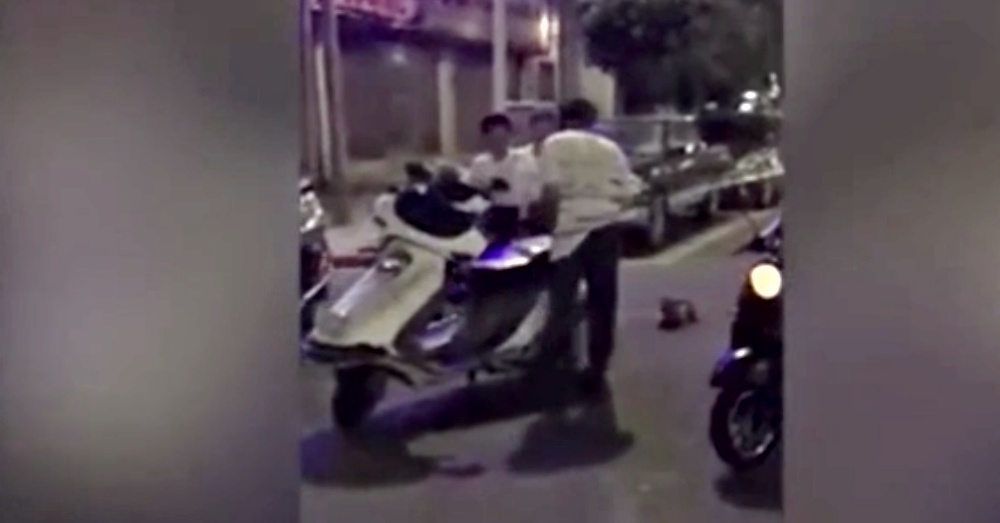 The abuser has not been identified, but PETA is currently looking for the man who abused the sweet dog. PETA Asia media officer Keith Guo told MailOnline, “Animal cruelty cases are frequently reported, particularly involving small cats and dogs, sometimes even rats.” 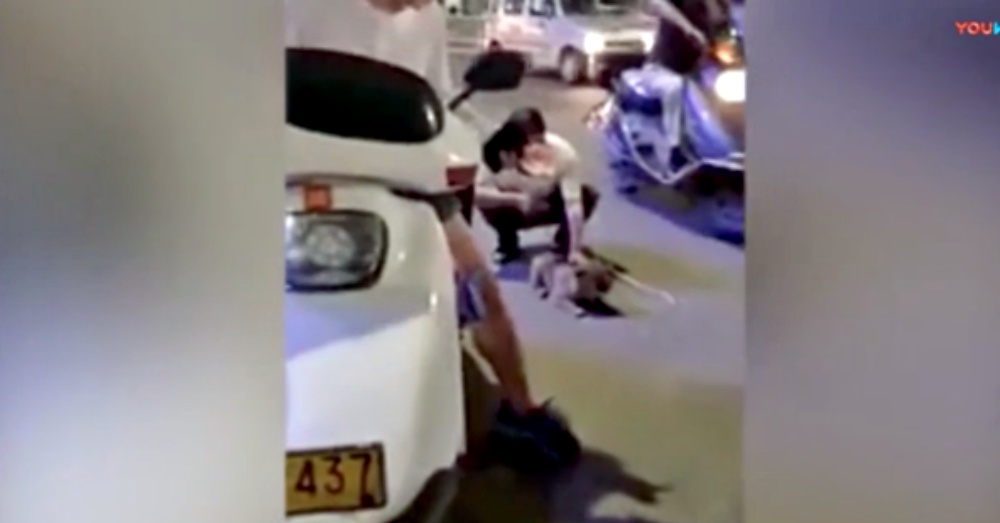 Guo states, “Sometimes, owners are trying to “teach their pets a lesson” by physically abusing them after they have done something wrong.” He goes on to say, “In this case, we don’t know why the man did it – but it is obvious that the action is violent and wrong. At the same time, these cruel actions go unnoticed under the law – and that needs to stop.”

Currently, China does not have animal welfare laws that protect or prosecute animal abusers. Dog and cats are abused without any consequence or punishment for the person responsible. This only allows and continues the cruel behavior instead of stopping it.

In 2009, animal right activists tried to start a draft for a law to protect animals. The draft was completed and sent to State Council for consideration. However, no progress has been made since.

The disturbing video is below.

“We must let these animal abusers know that this kind of behaviour is wrong.”

China is sadly known for the cruel Yulin festival, where 10,000 dogs are brutally killed and eaten. Together we can bring awareness and make a difference. Sign the petition below and share with friends to end the Yulin festival for good.