A puppy who was born with a wonky face that leaves people “shocked” is looking for a forever home with a family who will “look deeper than her facial disfigurement for her heart of gold.”

Bethany is an eight-month-old Labrador cross who was born with a severe facial disfigurement that causes her entire snout twist and droops to one side of her face, exposing her teeth.

Even if her face might be the traditional standard of beauty, it has absolutely no impact on Bethany’s health or her “happy-go-lucky” personality.

Bethany was vet-checked and given the approval to travel from Romania to the UK after she was rescued. She is perfectly capable of eating, drinking, running around, and playing like any other dog.

The charity that rescued her was Safe Rescue for Dogs, one that is based in Norwich, Norfolk where Bethany is currently being fostered, however, she desperately needs a permanent home. 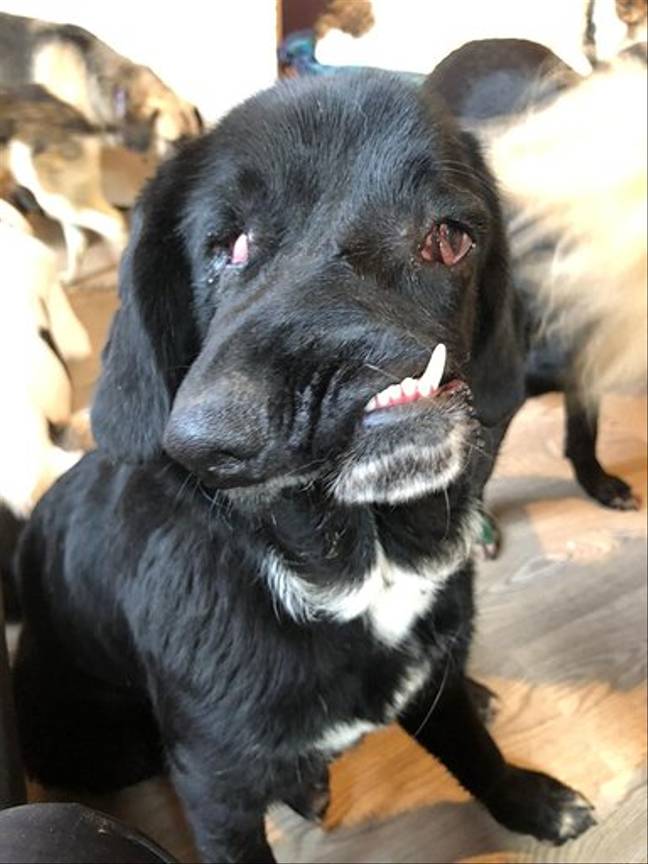 46-year-old Volunteer fosterer Zoe Casey is hopeful that whoever adopts her will look past her face and appreciate her “amazing” personality.

Zoe said, “There’s absolutely nothing wrong with Bethany – she doesn’t even snore when she’s asleep. People have asked ‘are we sure we’re doing the right thing?’ and ‘how do we know?’. We know because she’s been vet checked and checked again at Calais and Dover at DEFRA.”

She added, “If she was ill, she would have been seized because that’s their job. She is absolutely fine. She is the most amazing dog. She is gentle and happy. We have been out walking her and she’s already fine off the lead. She runs around and comes back when called. She loves kids, she’s good with other dogs, she is as near to perfect temperament-wise as you are ever going to get.”

Zoe then continued, saying, “She is very much [like] a Labrador in her temperament. She’s happy-go-lucky and absolutely lovely. There is an attitude of people looking for the picture-perfect dog but I think people need to look a bit deeper. We hope Bethany finds a normal family who treats her like a normal dog because she is normal even if she doesn’t look it.” 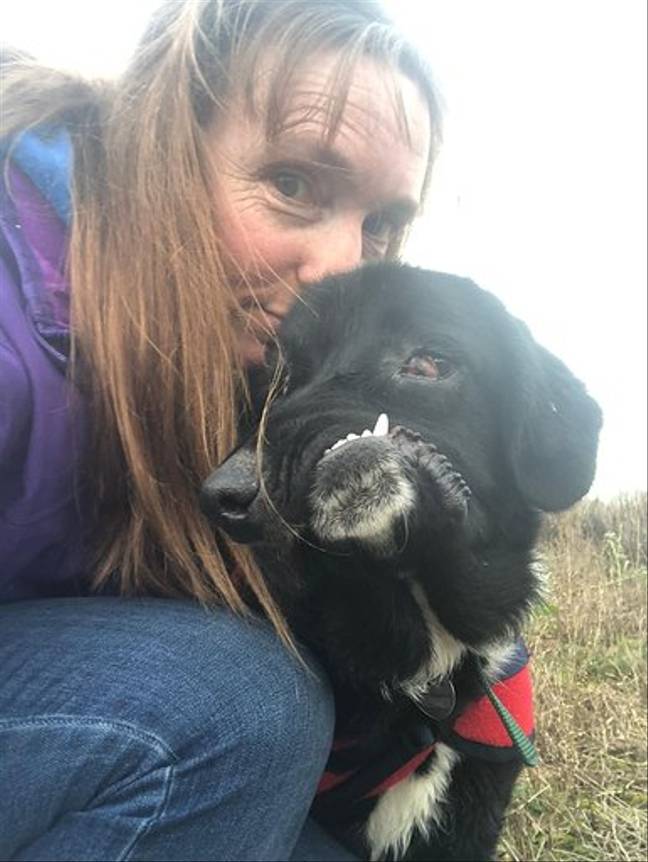 Bethany’s mother was a Romanian street dog who got pregnant until a family rescued her and took her in, helping to raise her litter of five puppies. 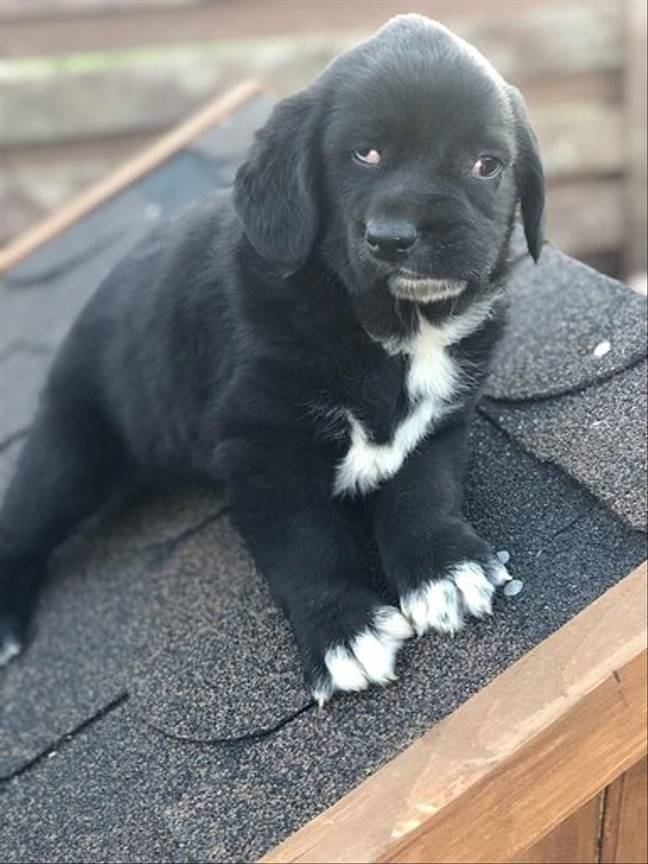 The vet in Romania believed that the puppies are part Pekingese, so the mixture of genes could have contributed to Bethany’s lop-sided face.
Safe Rescue For Dogs was launched by Zoe’s sister, a 43-year-old Kelly Hare. The rescue travels to Romania at least once a year in order to help combat the country’s stray dog problem by rescuing dogs.

Another puppy that was in Bethany’s litter has already found a home, and the rescue is still waiting on the arrival of the last two puppies from Romania into the UK. 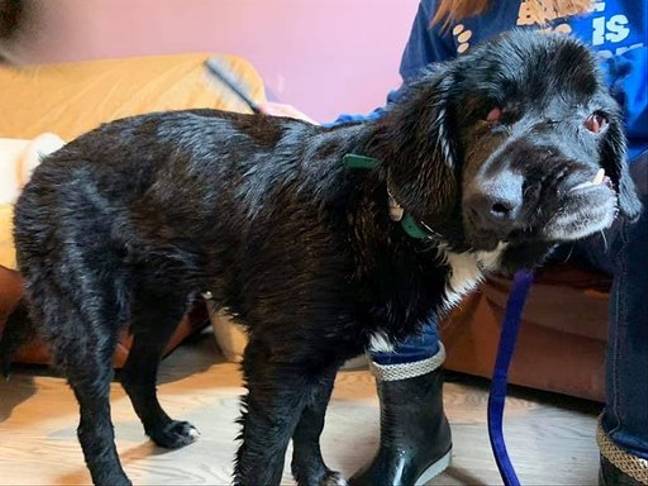 While this is the first time anyone with the rescue has seen a dog with a facial disfigurement like Bethany’s, Zoe says that the disfigurement is a lot easier to accept that the emotional traumas that some rescue dogs have been through.

Zoe said, “People do see Bethany and they’re a bit shocked by her face but when you have worked in the industry, you aren’t shocked, you just accept it.” 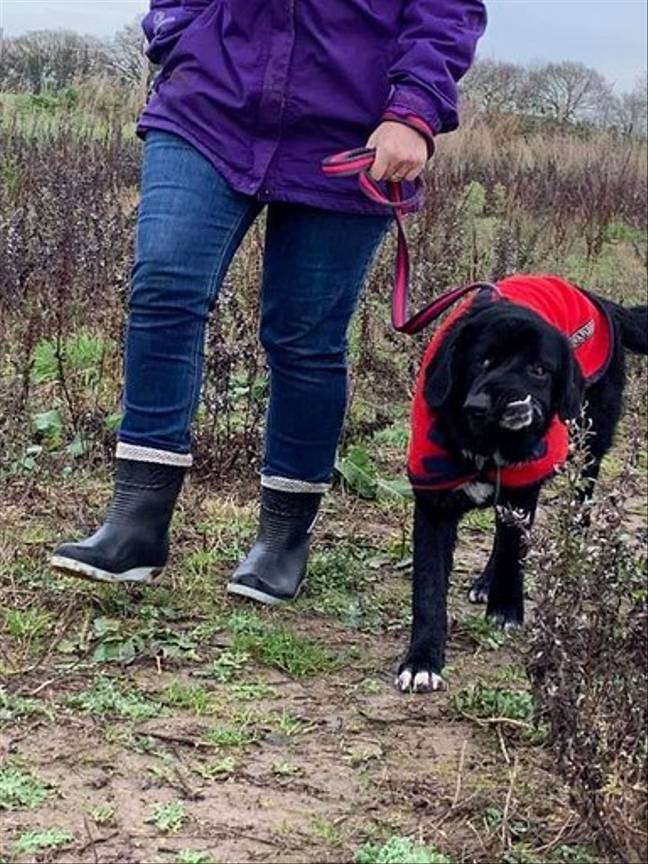 “With so many dogs we have to work through how they have been treated and that’s worse. You can get over Bethany’s facial disfigurement the moment she looks up at you with her tail wagging,” She added.

After Wildfires Flattened His Oregon Town, Police Rescue Cat With Singed Whiskers And Nickname Him 'Smokey': Click “Next” below!

After Wildfires Flattened His Oregon Town, Police Rescue Cat With Singed Whiskers And Nickname Him ‘Smokey’