According to a CBSLA report, a little Yorkshire terrier has been killed after getting struck by a package while sunbathing outside in the garden.

Cooper was the little 4lb terrier who was chilling outside in her family’s home backyard in Venice, Los Angeles, when she was suddenly hit by a large package. The large box was a delivery that was tossed over the garden wall by a FedEx delivery driver who has remained unnamed.

Sadly, the large and heavy package, which contained crystal in, left Cooper in a pool of her own blood.

And in every dog owner’s worst nightmare, her owners, Keiko Napier and Mitchell Galin, came home to find their precious baby lying nearly dead in their backyard. 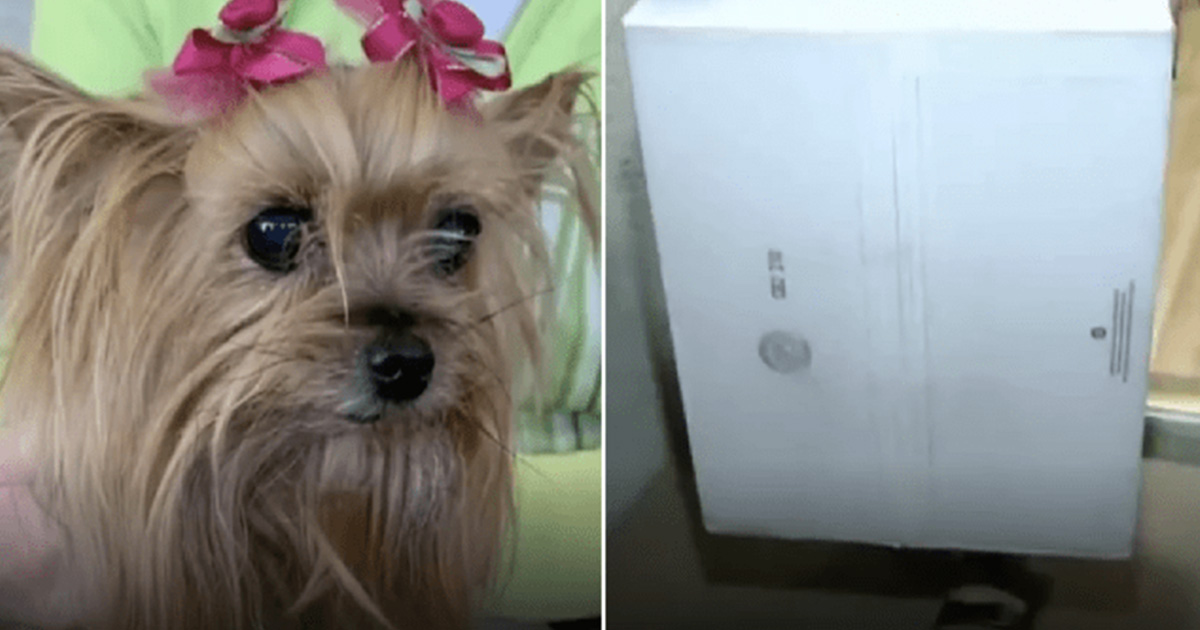 Galin added, “I immediately picked up the box, and Cooper was in a puddle of blood.”

The couple rushed Cooper to the vet, unfortunately, they were told there was nothing that could be done for the tiny Cooper – she had sustained extensive damage to her lungs and liver. She had to be put to sleep.

“It was painful to watch your dog in pain,” Galin said.

The couple’s garden wall is so high, that the FedEx driver would have been unable to see Cooper laying there on the other side.

In response to the incident, FedEx released the following statement:

“We extend our deepest sympathies to the family of the pet involved in this incident. We take this matter very seriously and are working directly with those involved to determine the circumstances behind this event. Based on the outcome of our investigation, we will take the appropriate action.”

Naturally, Cooper’s owners don’t feel that this statement from the courier service is enough action for what happened to their beloved pet.

In response, Napier said, “To me, that’s not satisfactory. I feel they need to say they’re going to institute a corporate-wide mandate that drivers cannot throw packages; that’s what I want to hear. I don’t want to hear we’ll look into it. Our grandchild plays out here. My mother is out here gardening. I’m here gardening. And the package was so heavy, should it have struck one of us, it would’ve caused damage – very very severe damage.”

What do you guys think of what happened? Would you like to see delivery drivers stop taking such shortcuts?